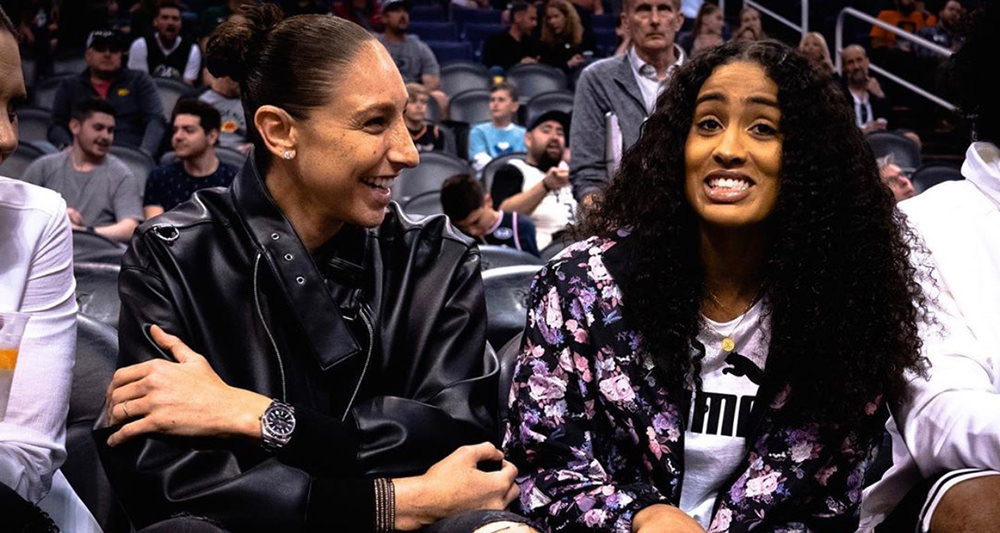 In honor of International Women’s Day, the Phoenix Mercury and the Phoenix Suns came together ahead of the Suns home game against the Milwaukee Bucks in Talking Stick Resort Arena to celebrate not only one phenomenal WNBA player but two of them.

Ahead of tip-off, Phoenix Suns guard Devin Booker delivered a warm welcome to both Diana Taurasi and the newest member of the Phoenix Mercury — four-time WNBA All-Star Skylar Diggins-Smith.

@dbook introducing @skydigg4 to our family ?

In addition to that, Book recognized the importance of these two women in relation to the game of basketball as he’s been an avid supporter of DT and the WNBA.

“It’s great having the support from the NBA players. I think it’s so important when you have a platform like they are afforded like somebody like Devin Booker, who’s been an ally from women and women in sports,” said Diggins-Smith.

“To be here and to be able to experience this and at this arena is exciting.”

Diggins-Smith, who was the first basketball player to sign with PUMA as a part of brand’s re-emergence in basketball, was also celebrated by PUMA Basketball teammate and Phoenix Suns center Deandre Ayton as he had the names of Mercury players and family members featured on the all-new PUMA Sky Dreamer.

Take a closer look at Ayton’s shoes below. As the WNBA season approaches, keep it locked here at Nice Kicks on behalf of our Kicks On Court segment as we continue to cover the W.