When you play basketball, you want to play fast. You want to attack.

The KD 8 is one of those rare shoes that propels, pushes and powers you forward. It’s one of my favorite shoes of 2015.

But it didn’t start that way…

Earlier in the summer, I got my usual size 13 in the V8 launch colorway. Like always, I was hyped as hell to get a new pair of shoes, a feeling that’s been there for me ever since I was 10 years-old. (Which was somehow twenty years ago.)

When you get a new signature shoe in your hands, the joy of heading straight to the gym and jumping right into a game is what it’s all about, and it’s a feeling for young hoopers that Nike has tried to carry over into their new generation of signatures lines for Bron, Kobe, KD and now Kyrie.

The first night in my V8s, I was hugely disappointed. The shoe fit too long, and the way that the heel outsole protrudes juuuust a little too far out made it feel like I was almost wearing swimming flippers. The tooling felt like it was too big for the upper, and the outsole seemingly extended too far out beyond the full-length bottom-loaded Zoom bag.

I got in the car to head on home and wondered if Nike had somehow blown it, on what was BY FAR Kevin’s most expensive sneaker yet, at a steep steep $180. This after Nike very publicly stepped up to the plate to re-sign KD to a wild multi-hundred million dollar long-term endorsement extension.

This was also a series that started out ever so innocently, at $85, $85, $88 and then $95 for the first four models. The KD2 and 3 are to this day some of the best basketball sneakers ever made. They were no frills: great traction, a supportive upper and forefoot Zoom Air.

At $180, my expectations for the KD8 were through the roof, and yet I didn’t love any one thing about it that first night out. I played a few more times in them, and truthfully ditched them for a month, going back to my HyperRev 2015s and CP3.8 AEs, which were both GREAT.

That all changed when I tried on a pair of my buddy Nate Jones‘ size 12.5 KD8s while visiting him in LA. I bought a pair of the very sweet “Suit” colorway that night.

A half size down makes a world of difference on this shoe, and if you’re considering them (which you should), you have to (have to!) try them on in store first. The shoe runs long, but also very narrow through the midfoot. So it’ll take a certain foot type to really love just how targeted the new Flyweave upper is.

For me, the 12.5 fits as perfect as any shoe in recent memory. The varying weave pockets along the medial side contour in and hug incredibly well. The toe box is locked in. The collar fit is just right once you lace up and go.

I still have a hard time justifying the price hike of the Flyweave upper, and the one-piece construction doesn’t allow for much of a layered look to the shoe, but the fit is awesome — and that’s the point afterall.

above: An isolated look at the KD 8’s Zoom Air bag

In addition to the personalized feeling fit, another new thing I LOVED on the shoe is the full-length Zoom Air unit. It’s an overly articulated and highly sculpted 8 mm unit that was actually born from KD’s dislike of the KD6 Elite’s visible Zoom bag, as designer Leo Chang readily admitted in our lengthy interview earlier this fall.

The KD8 Zoom bag is incredible. There’s a transition and explosion to it when you’re out and running a break that’s uniquely impressive.

I’ll take Zoom Air in a hoop shoe over literally anything else on the market, and this new application is one of the best executions yet.

I’m already looking forward to seeing how it’s incorporated into other sneakers and silhouettes, as Leo had alluded to. For a debut, the bag couldn’t be better, offering up a soft heel crash pad on landings, and exploding that responsiveness through the forefoot on your toe off.

Best of all — and correcting a major flaw of the KD6 Elite — the Zoom bag sits lower to the ground, so you get the nimbleness that’s defined the best of KD’s signature models to date, along with more holistic responsive cushioning that comes with a full-length unit.

Just underfoot, Leo incorporated a repeating grid-like outsole traction pattern that not only looks modern, but also squeaks and stops just as well as the industry’s belovedly ancient herringbone design.

After a few runs up and down the court, the traction was broken in and helped to make the shoe play so quick and fast.

There’s also a stance to the shoe that goes a long way in making it feel so quick, and in enhancing that attacking spirit that I referenced earlier. You almost feel like you’re running the break downhill, with more of a burst to your steps.

Having said all of that — and I personally truly love the shoe — I can also admit that it’s not for everyone. If you have a wide foot, you might have a hard time getting the right lockdown through the collar if you have to lace more loosely to allow for a more relaxed fit through the midfoot. And to be brutally honest, the cute strands of floating Flywire cables don’t necessarily do anything.

Regardless, if you’re a fan of low tops, and you like Zoom Air, then you should love these too. The fit, traction and quickness of the shoe is unreal, helping KD pull off some slick trickery like this, apparently.

It’s a shoe that makes playing basketball fun, even if you’re 30 and washed up like me, and gives you that attacking mentality that comes from the security of knowing you’re laced up in a supportive, targeted and explosive sneaker. Just make sure you get the sizing right first. Then get out and run.

Overall: The 8 is an incredibly responsive and quick addition to KD’s signature series. A must try for players that like to play an uptempo style and attack. Make sure you try them on in store first, to assure the right fit. If you’re willing to pony up the cash, these might be your favorite shoe of the year. 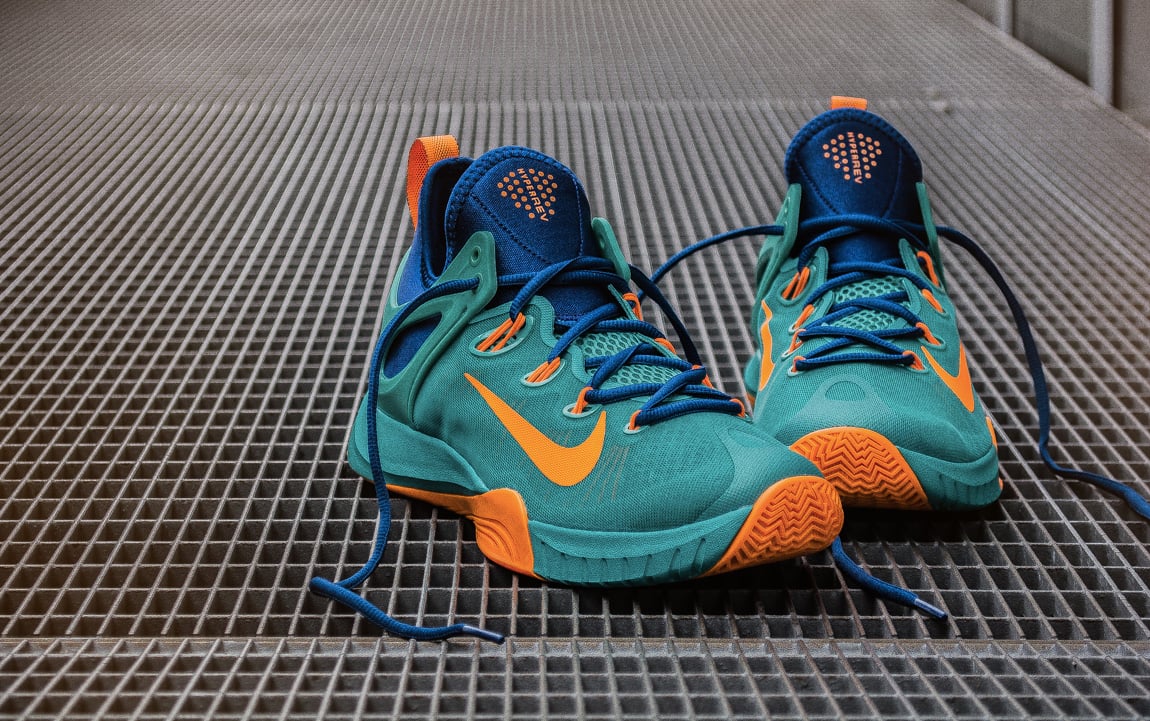 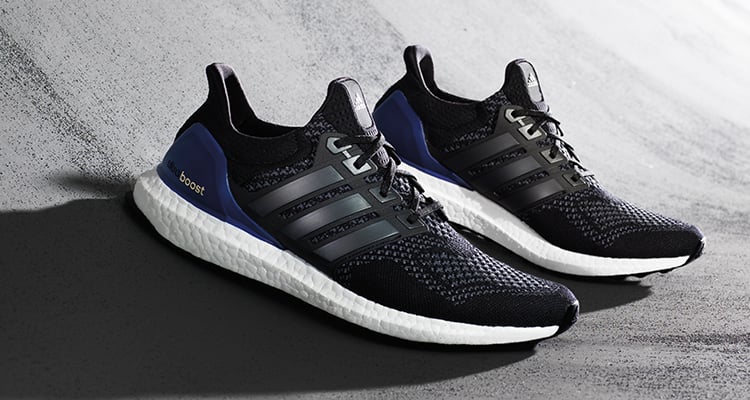 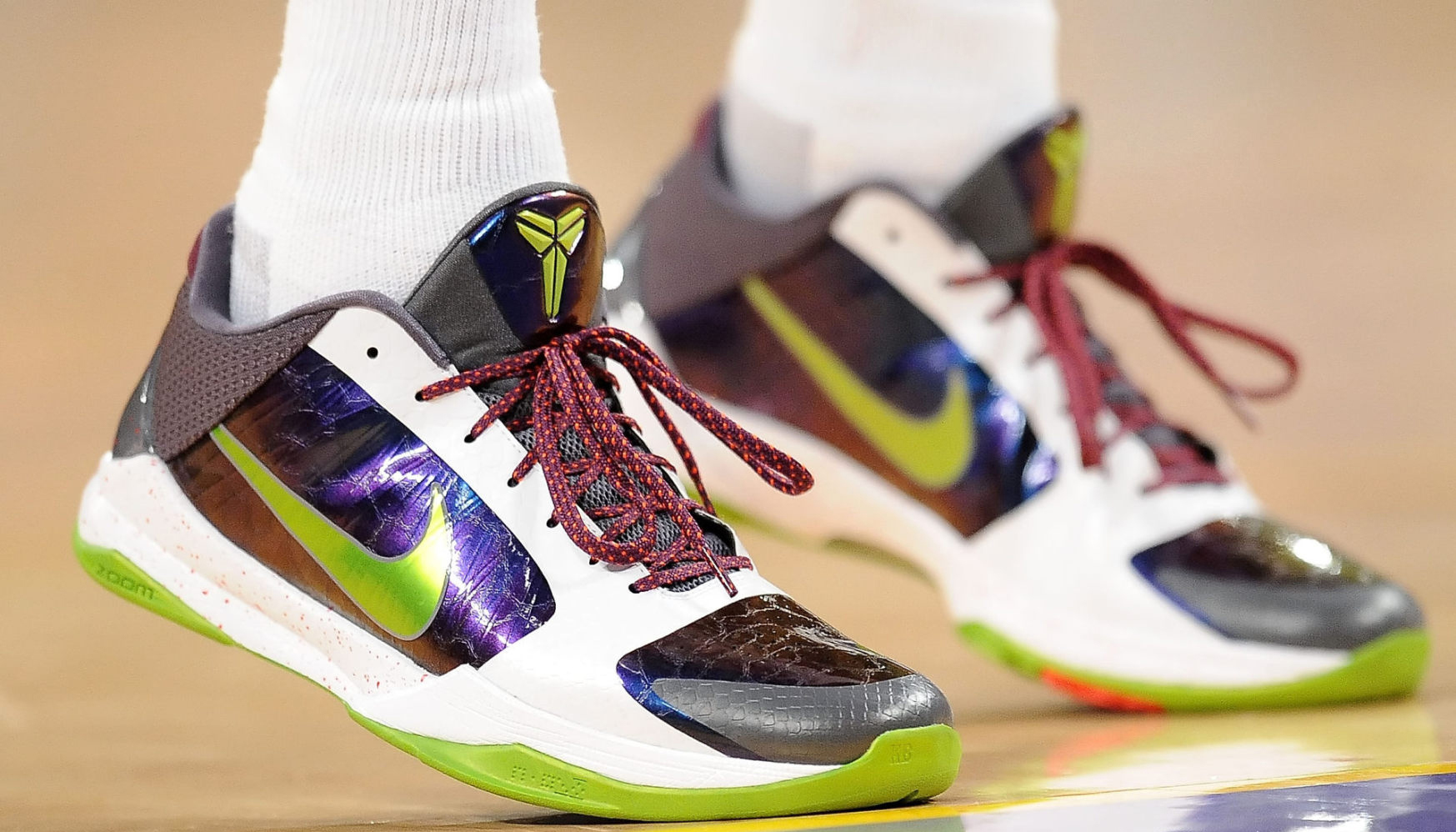