You won’t hear the term “OG Nike Air MAG” often because so few exist in true context. Created by Tinker Hatfield for 1989’s Back to the Future II, the Marty McFly signature sneaker from the actual movie just sold for a pretty penny.

Listed by The Shoezeum, an original prop pair — actually just the left shoe — went for a whopping $92,100 on eBay. Far from wearable, the crumbled kicks won’t be making it out of a glass case anytime soon but are certainly among the most unique and nostalgic relics in both sneaker and pop culture lore.

As the HyperAdapt is seen here and there at high cost, one has to wonder if and when we’ll ever see an auto-lacing Nike Air MAG available at retail at greater width than the 2016 launch. It would be tough to do greater good as both 2011 and 2016 auctions raised big bucks for Michael J. Fox and his fight for a cure for Parkinson’s Disease. Perhaps next year as the movie celebrates its 30th anniversary?

One can only hope. Until then, congrats to both the buyer and seller of this shoe that’s still ahead of its time. 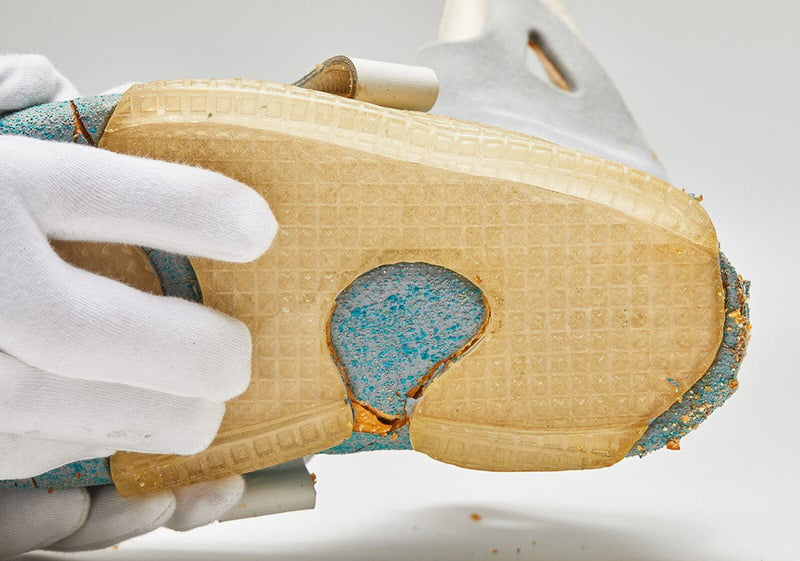 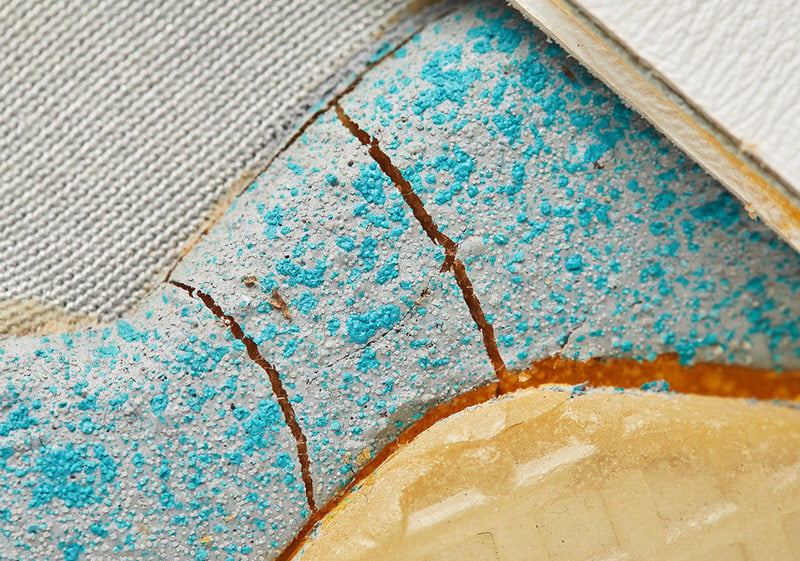 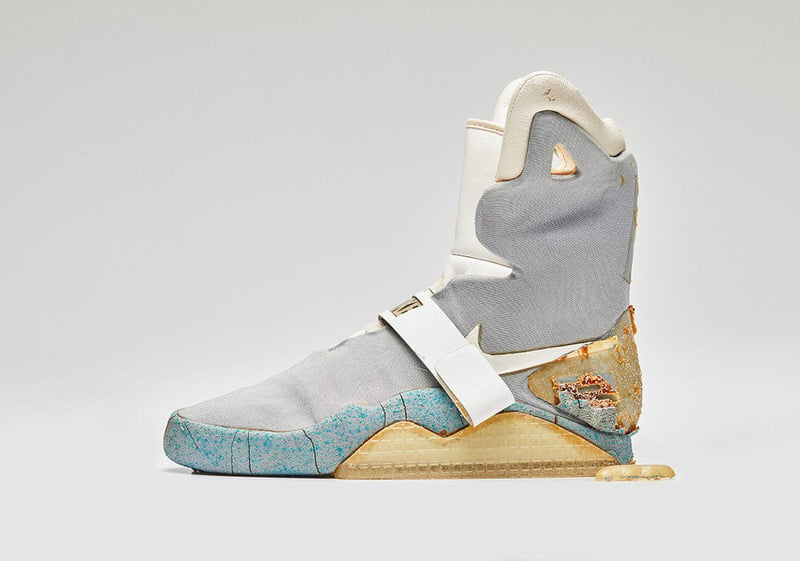 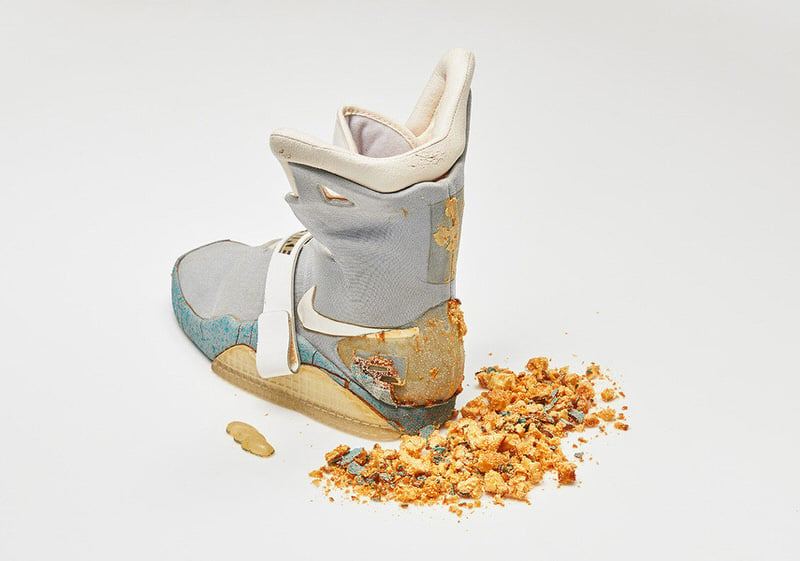 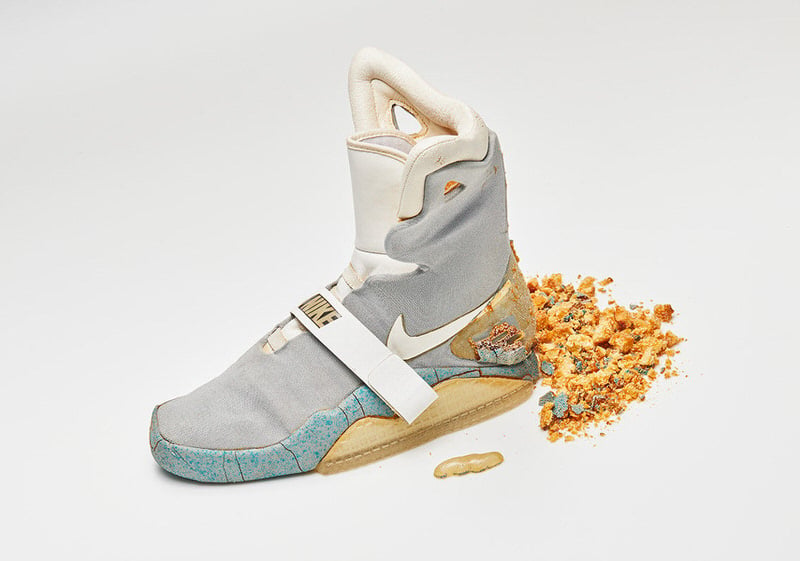