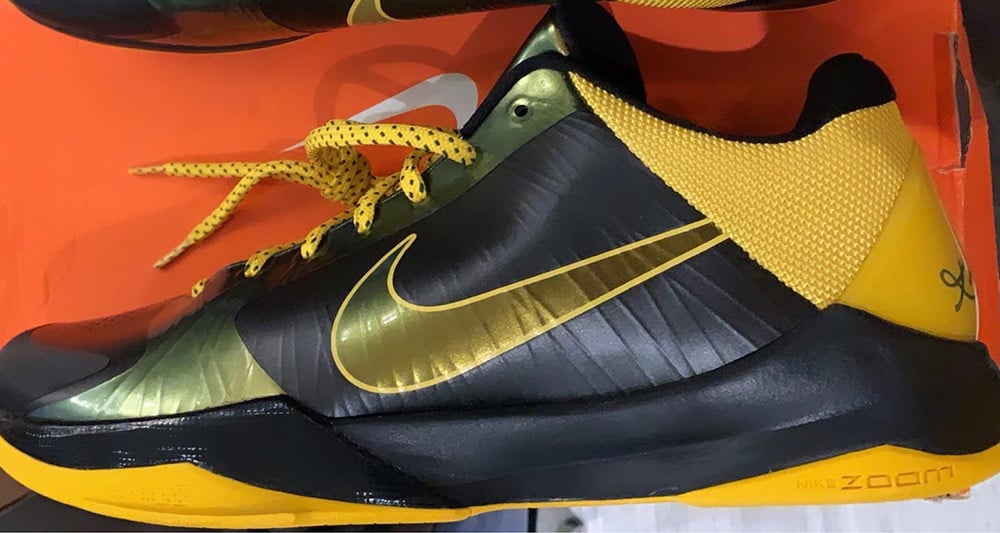 Drake went on his Instagram story last night to flex the extremely rare Nike Zoom Kobe 5 “Da Vinci” in pristine condition. The pair combines the use of a primarily black upper and midsole combined with a pop of yellow found across the outsole, collar and heel of the shoe. What really sets the pair apart is its iridescent maize and olive accents that takeover part of the mid-foot area, Swoosh and the border of the lace structure.

Is this pair from its original 2010 release? Is this part of the Kobe 5 Protro line? Either way, these are an absolute gem. Keep it locked here at Nice Kicks for all of your Kobe needs.