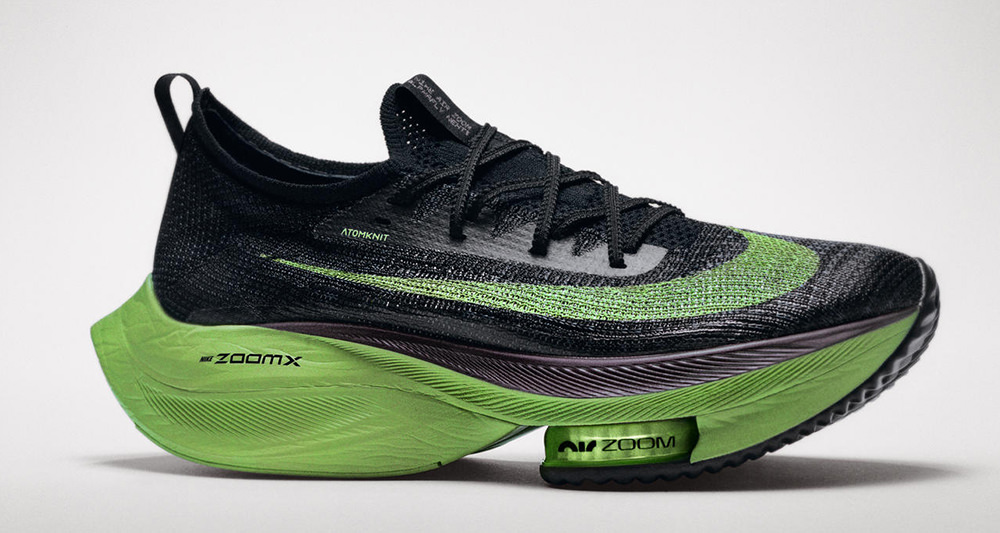 The moment has finally arrived as Nike Running officially debuts the upcoming Nike Air Zoom AlphFly NEXT% ahead of the summer.

For those who might remember, Eliud Kipchoge made history in October 2019 by running in the Nike Air Zoom AlphaFly NEXT% and breaking the two-hour marathon record in Vienna with a finishing time of 1:59:40.2 (that’s a pace of sub-4:34 per mile for 26.2 miles).

The latest chapter of the NEXT% line is here. Much like its predecessor, the Nike ZoomX VaporFly NEXT%, the pair features the signature ZoomX foam  and a carbon fiber plate to propel runners to the next level.

The upcoming Nike Air Zoom AlphaFly NEXT% features a few advancements that will only enhance performance. The all-new silhouette features more ZoomX cushioning than ever before. In addition to that, the upper is composed of its newest innovation — Atomknit — which is more breathable and lighter than the Vaporweave upper on the VaporFly NEXT%.

Lastly, and most importantly, the Nike Air Zoom AlphaFly NEXT% features two Nike Zoom Air Pods for extra cushioning and more energy return. The Nike Running line is innovating ways to make runners faster than ever before with all of these components that prioritize running economy.

Aside from the Air Zoom AlphaFly NEXT%, Nike running also unveiled the Nike Air Zoom Tempo NEXT% and a FlyEase iteration as the brand continues to expand its running line to a more inclusive world of runners. While the pairs are more engineered for training, the shoes still feature the signature NEXT% components of comfort and energy return.

Expect the pairs to release ahead of the summer as Nike continues to prepare itself for the Tokyo 2020 Olympics. Let us know your thoughts on social as we anticipate an official release date.