Nike’s commitment to innovation has long been representative of the company’s pushback in opposition of conformity. It, too, crystallizes that Nike sees innovation as not solely a vehicle to create industry-defining products, but as a means to challenge our understanding of those products and the message that accompanies them.

Year after year, Nike has been awarded for triumphant successes in marketing. This year has been no exception. In fact, some might even express — with exactness — that 2018 is Nike’s best marketing campaign in many years.

Ad Age certainly agrees; they’ve named Nike its Marketer of the Year for 2018.

While this award is a bit of an all-encompassing capture, much of it surrounds Nike’s 30th anniversary “Just Do It” push centered around former pigskin slinger turned activist, Colin Kaepernick. His story, while ongoing, needs not be explained given its wide span relevance. Earlier this year Nike very quietly re-signed Kaepernick to a multi-year endorsement deal, therefore thrusting themselves in the midst of his fight — and that of the country.

Nike’s support of Colin’s admirable stance was a risky one. It meant alienation from many of its biggest partners and supports, that largest being the former — the NFL. Colin was/is at odds with the league both in court and in the court of public opinion. However, with nine words, Nike both uplifted Colin and swung a mighty blow to his detractors. All of them.

“Believe in something even if it means sacrificing everything.”

Nike, without cowardice or indecision, fortified its longtime followers while gaining new supports through that powerful ad back in September. They’d done what their competitors hadn’t; they’d supported a towering yet controversial figure no one else would. On its face, it may not appear equal parts marketing and innovation, yet if innovation is embracing the methodology of a new idea, that’s exactly what Nike did.

The aftermath of Nike’s “Dream Crazy” spot, which aired on the opening night of the 2018 NFL season, was soaring stock prices and a stronger digital presence. A small capsule collection for Kaepernick would release and immediately sell out. The trickle-down support was also palpable. LeBron James, Serena Williams, and many hallmark sporting figures supported the ad. Therefore it quickly reverberated in all corners of social media and beyond. Nike, in what felt like an instant, became the people’s champ. A rightful throne for a risk gone right. 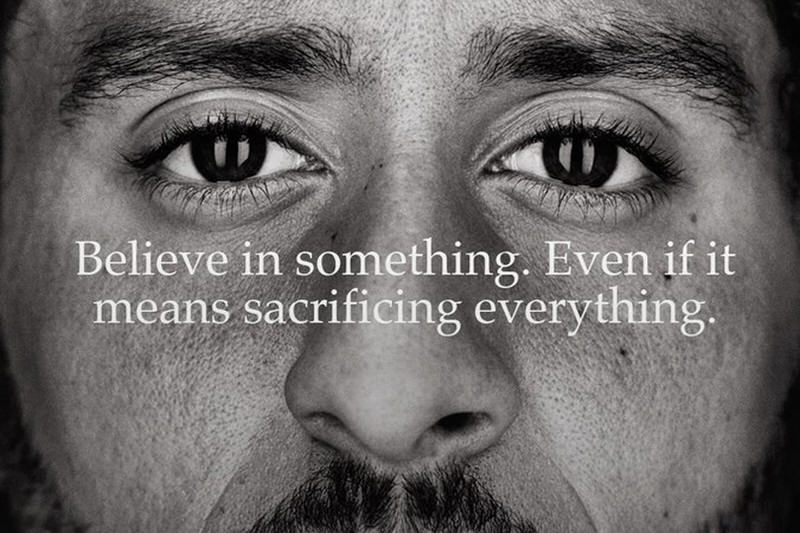