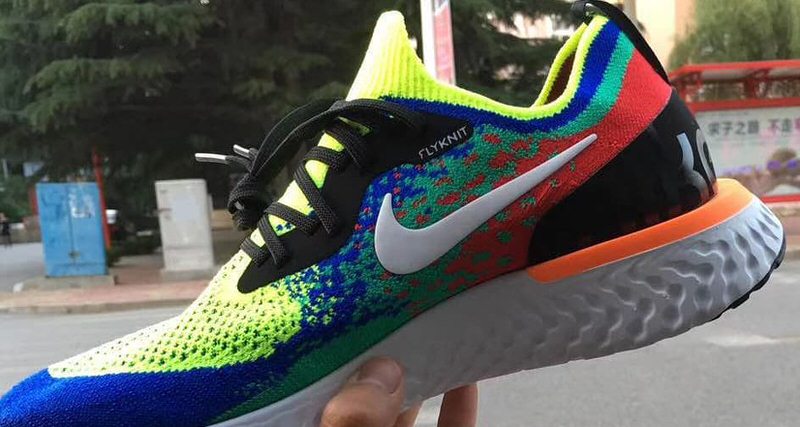 2018 hasn’t exactly been a comeback year for Nike. Largely because rumors of their downfall have been widely overstated. Even still, winning in the early months of the year have to feel good for the Beaverton-based brand, thriving thanks (in part) to new silhouettes and glowing innovation. The Epic React Flyknit represents the best of both.

Over the weekend, a budding colorway of the performance runner emerged carrying a “Belgium” moniker. The multicolored style is undeniably the most grandiose execution of the shoe to date. A vast assortment of hues blankets the Flyknit constructed shoe while white React midsole tooling is seen below.

It’s reported the upcoming Nike Epic React “Belgium” will be limited to just 1,888 pairs. Release details for the shoe have not yet been announced. Stay tuned for more.