Following its retro trend of 2020, Nike is set to drop another lemonade inspired pair in the form of the Nike Air Max 1 PRM “Strawberry Lemonade”. The pair will look familiar to Air Max fans as they introduce a new colorway of the retro-ed Powerwall Series. Adding on to the “Lemonade” & “Limeade” pairs that dropped earlier this year, this pink edition serves up a new color scheme which will have fans drooling.

Nike’s Powerwall series introduced initially in 2005 was a big push to bring attention to the Air Max’s history. The brand showed fans the line’s progression dropping 56 separate pairs following 8 larger themes, introducing the Air Max 360. Recently a few pairs from the series re-released, such as the OG colored “Neon” Air Max 95 and “Metallic Silver” Air Max 97. This time, Nike introduces a fresh Pink colorway to one of the series’ Air Max 1 designs, the “Lemonade”.

With an upper constructed in classic Air Max 1 style, this edition sees Pink 3M panels introduced as well. Detailed with bubbly letters spelling “air” all over these panels, they offer a beautiful contrast to the clean look of the rest of the model. The tongue tag dons a strawberry graphic while the insoles pay homage to the moniker for the shoe with lemons and strawberries all over it.

Arriving November 4th for $140, the pair will be dropping on Nike’s website as well as select retailers. Keep your eyes fixed on Nice Kicks for the latest drops and the more up to date information anywhere! 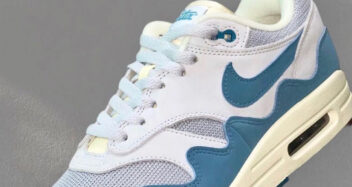 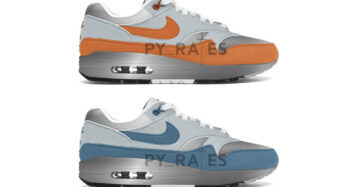 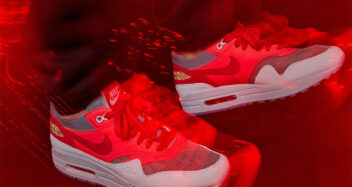 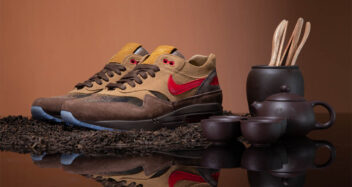