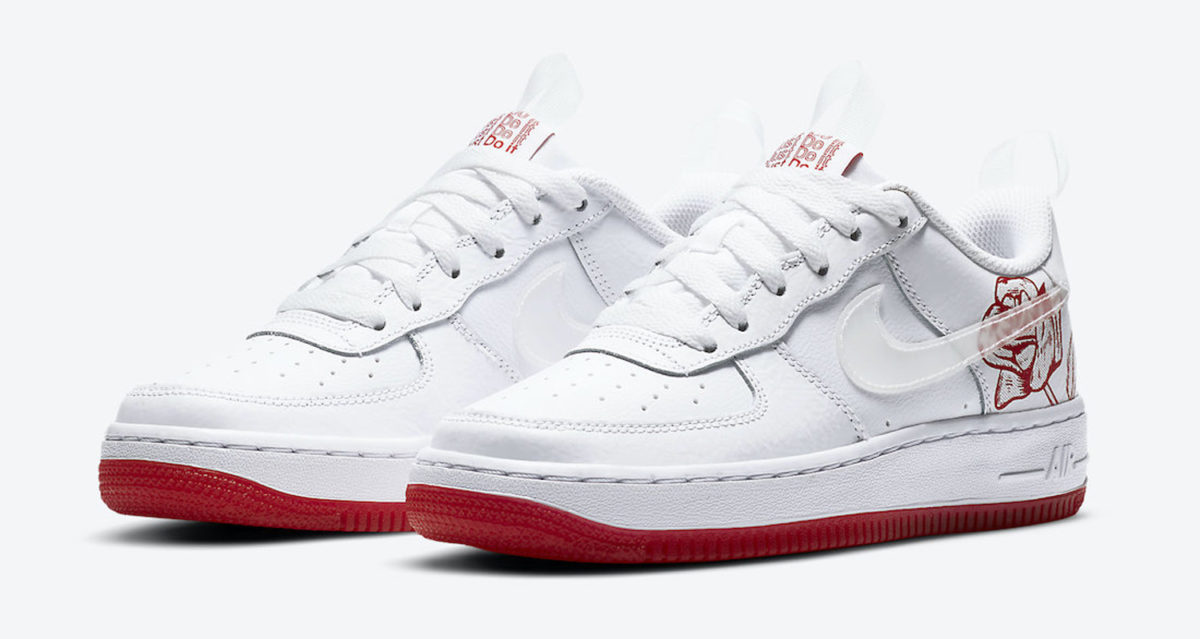 Following a bevy of head-turning silhouettes released over the summer, Nike is now turning its attention to the little ones, having just dropped a new kids-exclusive Air Force 1.

The new Air Force 1 for kids is heavily influenced by plastic shopping bags. The silhouette boasts a white and “University Red” color scheme and is constructed from smooth white leather. A large rose appears on the lateral heel underneath transparent Swooshes. Rounding out the final details are dual pulls tabs, “Just Do It” branding on the tongues, a smiley face and “Thank You” motif on the heels, and a red translucent outsole.

These kids-exclusive Air Force 1s are available now overseas, while a stateside release is expected soon via Nike.com.