LeBron James has turned fans into witnesses, doubters into believers and defenders into posters. He’s also turned critics into inspiration.

Following Fox News criticism from Laura Ingraham who suggested James should “shut up and dribble” when she responded to his remarks about the president back in 2018, King James made a statement with his “More Than an Athlete” mantra that stamped a pair of custom Air Force 1s made at Nike’s Makers of the Game space in LA for that year’s All Star festivities.

While the 90/10 AF1 custom creations were only for the King, we now know a sneaker of the same spirit and message will be releasing for all.

Previewed by and done in collaboration with his Uninterrupted platform is a formal “More Than an Athlete” Nike Air Force 1.

Based in white, the heel delivers his More Than message with “I Am Uninterrupted” repeated on the midsole and matching royal blue contrast stitching.

Blue and black pens allow customization with the very ambidextrous King James showing us his personal pair in the unboxing video above. 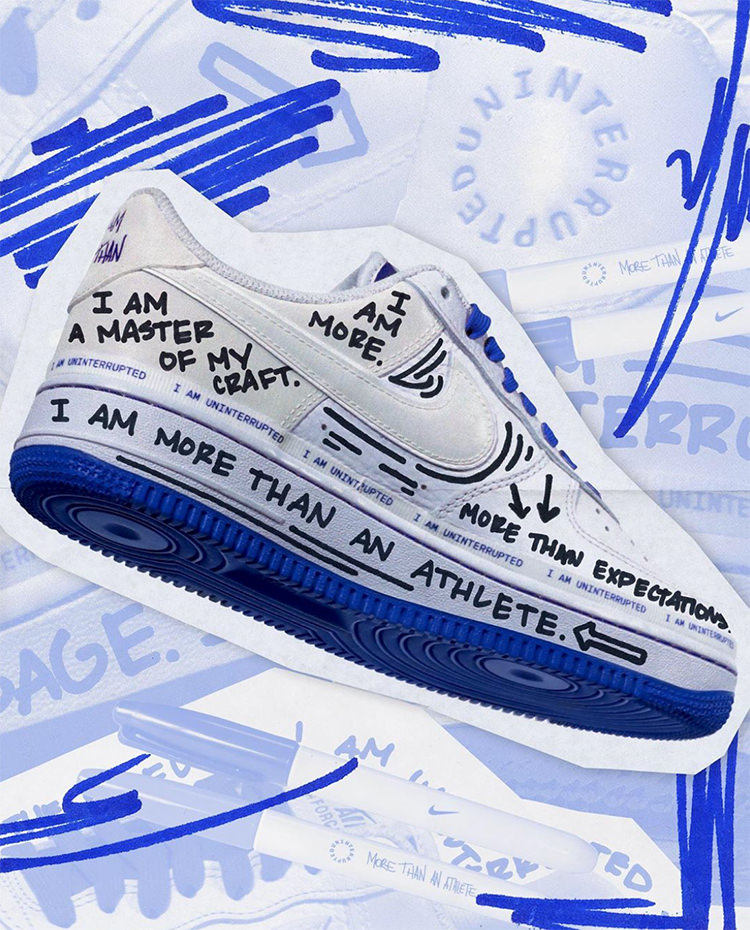 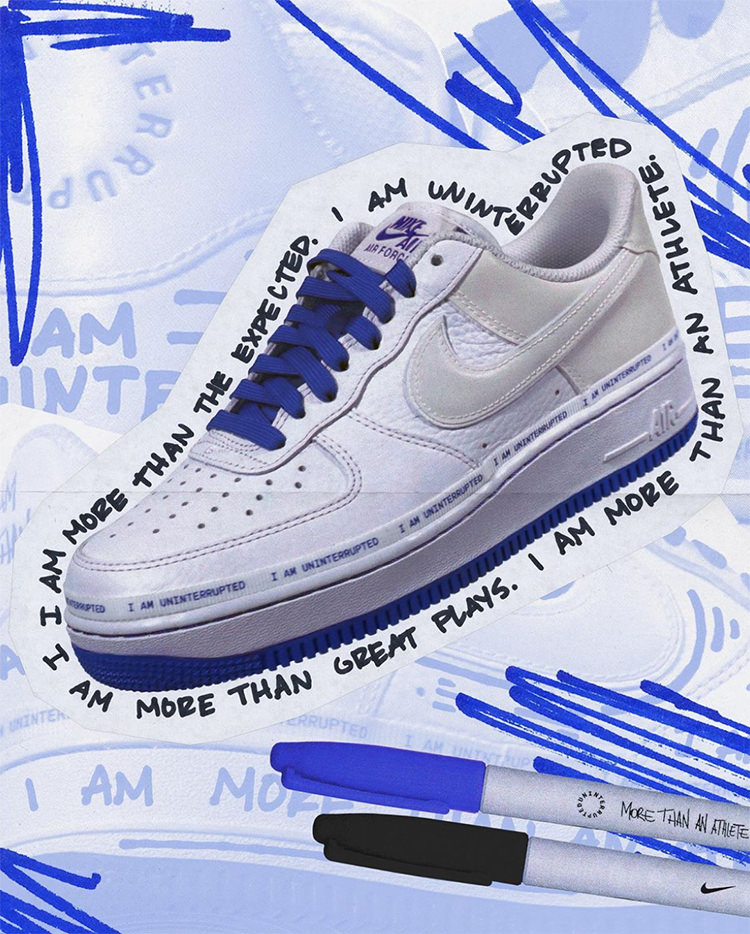 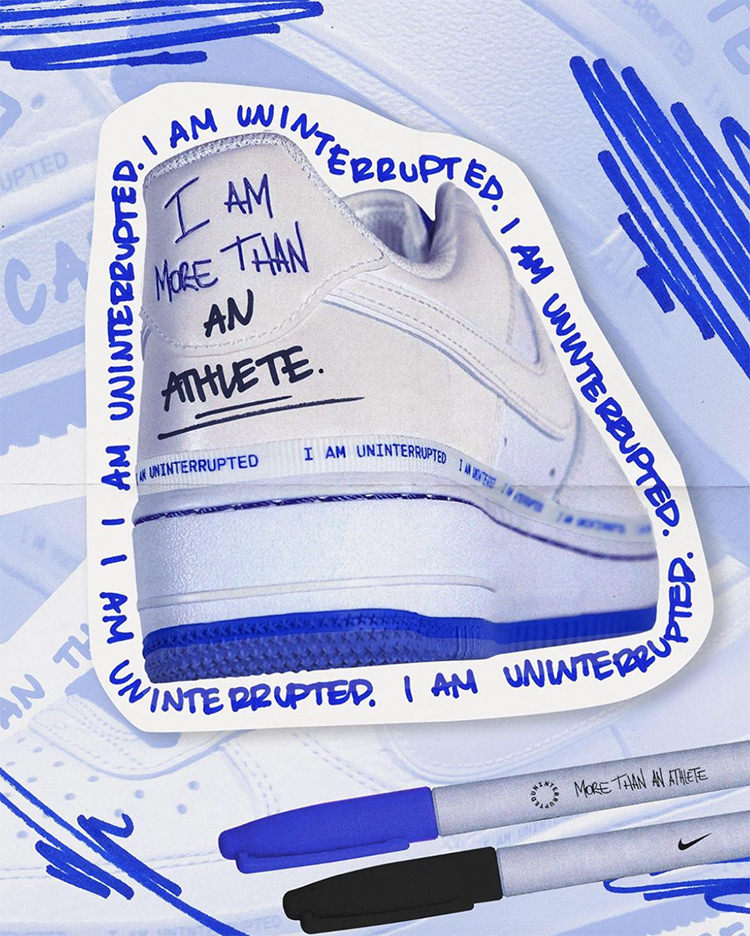 Look for these customizable Air Force 1s to release on October 7th on Uninterrupted.