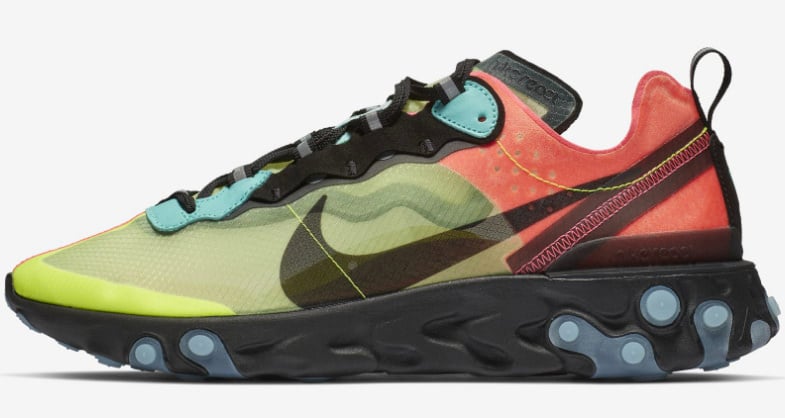 There’s no doubt that the Nike React Element 87 is widely considered the best sneaker of the year, a spot it’s earned over the course of 2018. But don’t expect much stoppage from this translucent gem in the year ahead. It’s anticipated that even more pairs of the lightweight trainer will be in circulation after January 1st.

Two new iterations have been revealed today that both draw comparisons to the OG React Element 87 colorways and the Undercover collaboration. Brimming with vibrant hues and in other spaces dark accents, it appears the colorways that were hard to get this year will be more available in 2019.

No release details for these two new Nike React Element 87 styles are available. Stay tuned to Nice Kicks for more.