It has not been long since Virgil Abloh was named Louis Vuitton‘s men’s wear artistic director. He has had success in the sneaker realm with his own Off-White label as well with Nike. Now, a sketch has surfaced online from @Pinoe77  which is rumored to be his new Louis Vuitton sneakers.

The sneaker appears to take inspiration from the Air Jordan 3, which was originally rumored to come out as a part of the Off-White x Nike “The Ten” Collection.

Coincidence or not? Check out the sketch image below, and let us know what is your opinion? 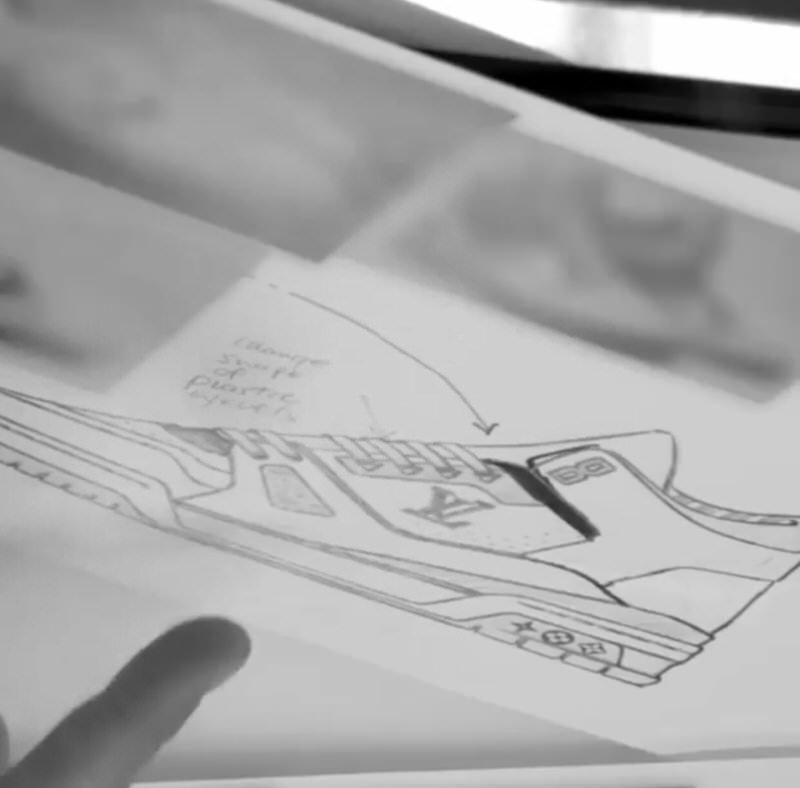