Although holiday releases seem worlds away at this point in the year, Jordan Brand’s releases for November/December are already beginning to surface in one way or another. Even if just renderings are available for general consumption, a certain level of excitement already surrounds them.

Among the first is this Air Jordan 13 Black/Blue edition.

Similar to an old Carmelo Anthony PE worn during his Denver Nuggets days, this one will likely serve as a reference to UNC instead.

Melo’s pairs featured both a black base and a white base with the same light blue contrasts seen here, serving as a secondary shade to a black upper on the upcoming pair.

Melo’s pairs, too, had his name and a Jumpman logo in Metallic Gold.

This budding Air Jordan 13 Black/Blue is rumored to release in November. Jordan Brand has not yet confirmed the release and no official images have been seen, only the photo rendering below. Stay tuned for more.

An Official Look At The Air Jordan 13 “Del Sol” 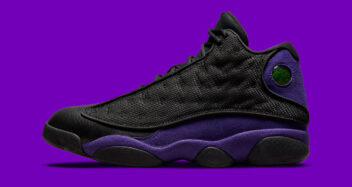 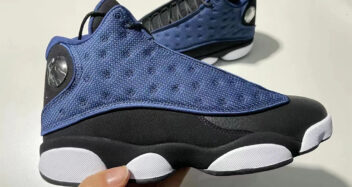