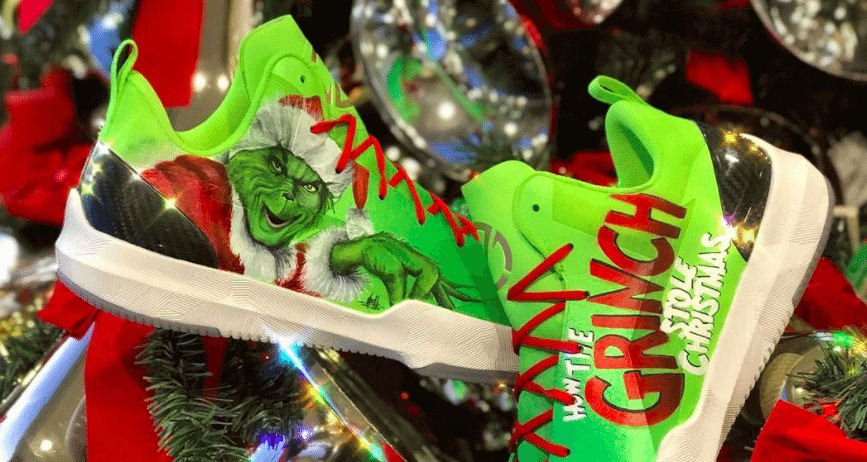 For Lonzo Ball’s first-ever Christmas Day game on Monday, Mache teamed up with Big Baller Brand to give a holiday spin to the ZO2 Remix.

Giving the silhouette a How the Grinch Stole Christmas makeover, Ball’s Christmas day Big Baller Brand ZO2 “Grinch” sport a bright green colorway and has a large illustration of the infamous Dr. Seuss character on one side. The other side of the sneaker has the lettering from the movie version of How the Grinch Stole Christmas. Red laces along with a white midsole completes the look.

Sidelined with a shoulder injury, Ball actually didn’t play in his Big Baller Brand ZO2 “Grinch” but he did wear them to the Lakers-Timberwolves game.