Making history against the San Antonio Spurs on Tuesday, LeBron James became the youngest and just the seventh player in NBA history to reach the 30,000-point mark in his career. James reached this career accolade while wearing a PE version of his signature Nike LeBron 15.

Sporting a burgundy Battleknit upper, the Nike LeBron 15 PE that James wore had a speckled white midsole and a camouflage outsole. James added his own custom touch to the kicks by writing in black the hashtag “#JamesGang” and the names of his three children on the midsole.

Watch James score his 30,000 career point and peep photos of his PE below.

Congrats to the ? @KingJames hit the 30,000 point mark tonight while wearing a burgundy LeBron 15.#KicksOnCourt pic.twitter.com/0qqRGj2pxl 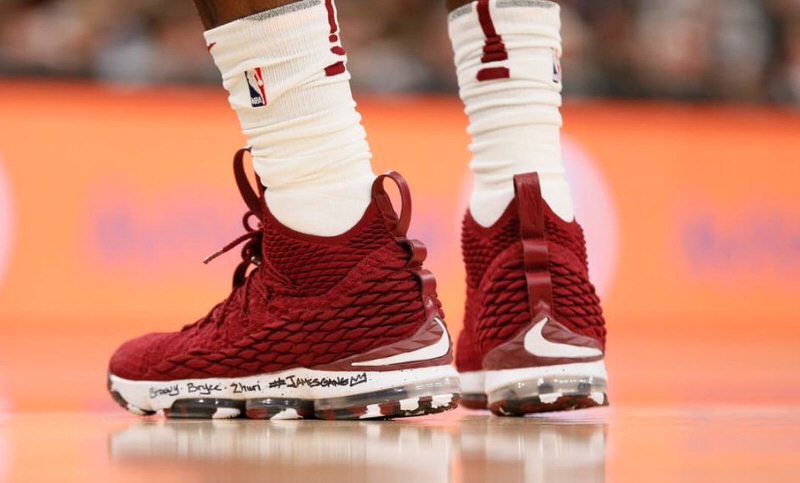