When LeBron James entered the press room to sit down and take questions from reporters at Cavs Media Day earlier this afternoon, he clarified a few things first. He stated that he would address Kyrie Irving’s departure from the team and their relationship, his comments about President Trump, and potential free agent signings, namely his friend and former teammate, Dwyane Wade. James simply asked that the questions be posed in order, as he’d answer them all at once and wouldn’t circle back to previous topics out of sequence.

While walking to and from the podium where he answered all questions thrown his direction, James wore a never-before-seen pair of his Nike LeBron 15. This colorful rendering is Cavs centric at heart, backed by a navy Flyknit base with contrasting shades also clearly stated through the advanced knit fabric. Leather tongue and heel tabs further offset the model, which sees protruding red Flywire peaking through the technical upper.

The Nike LeBron 15 will debut in retailers this October in its “Ashes” colorway. Another Cavs friendly style in “Wine” will likely release at a later time alongside the pair seen here today. 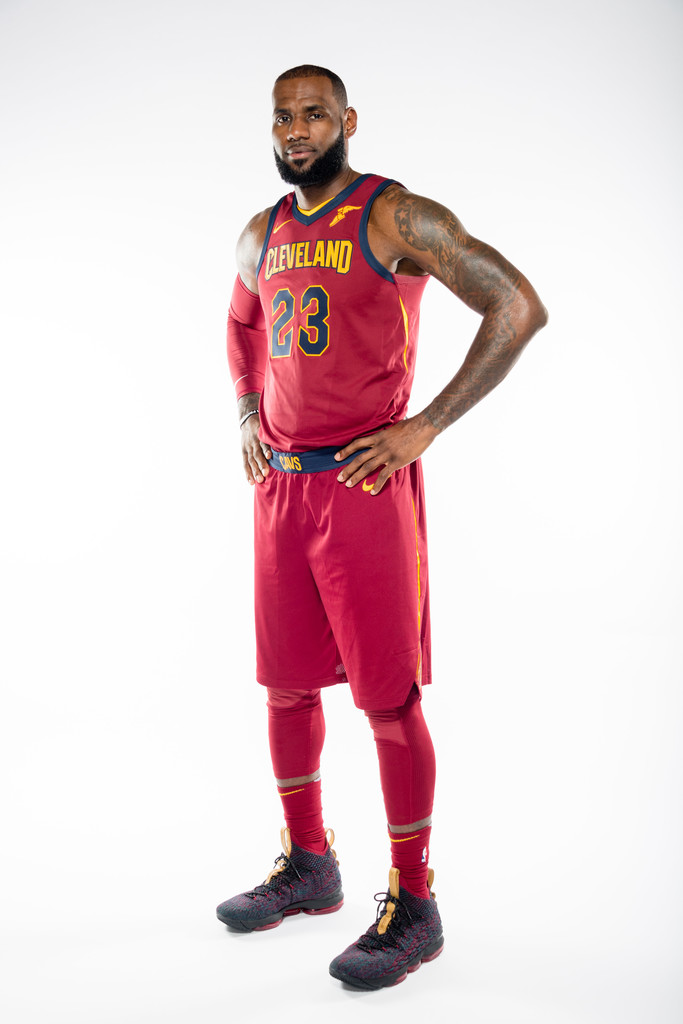 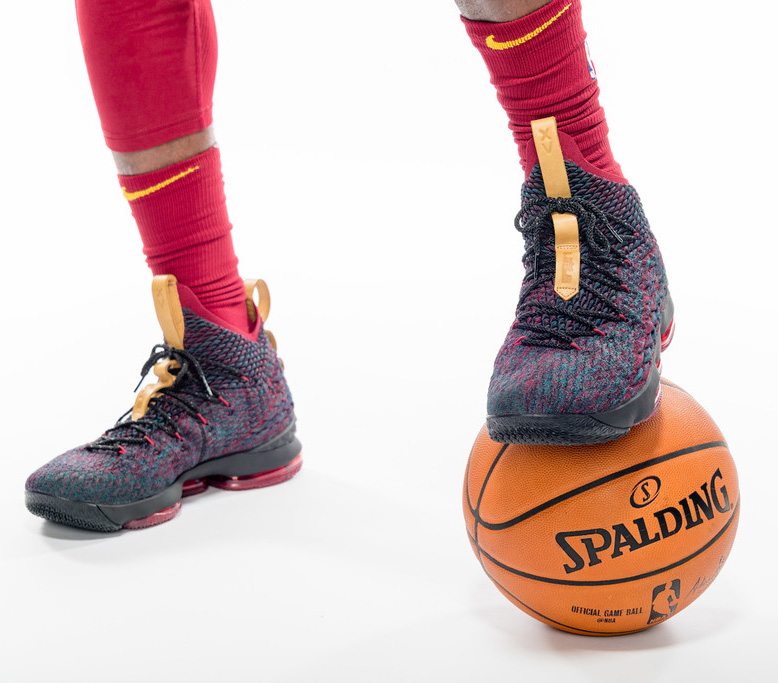 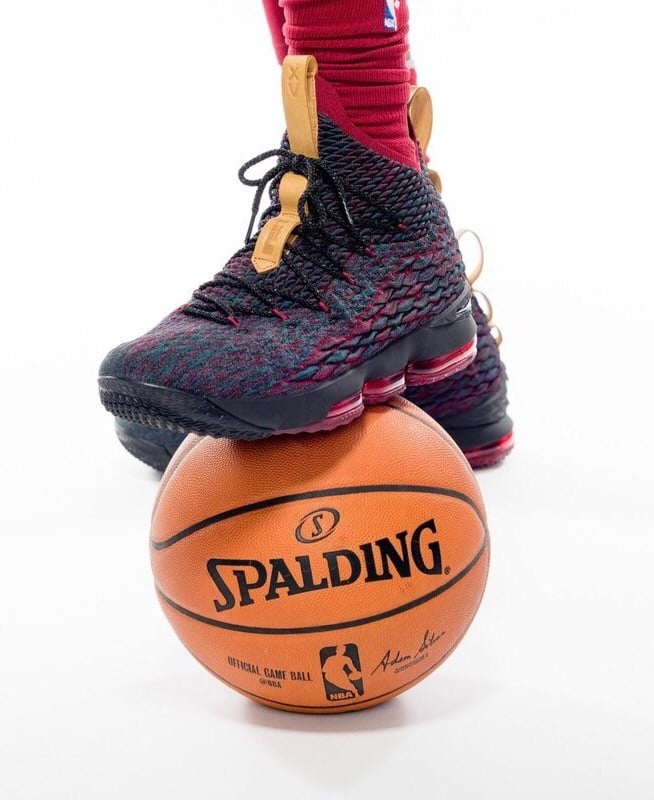