Kyle Kuzma, the swiss-army knife swingman from Flint, could very well be one of the most outstanding players from the loaded 2017 NBA Draft. Although Kuz was drafted 27th overall out of the University of Utah, he’s proven his worth averaging 17 points, 6 rebound and 2 assists per game.

We’re not the only ones to notice his worth. After signing with Nike as a rookie, Kuzma extended his sneakerhead credibility with a partnership with the reselling application GOAT — the first partnership of its kind. 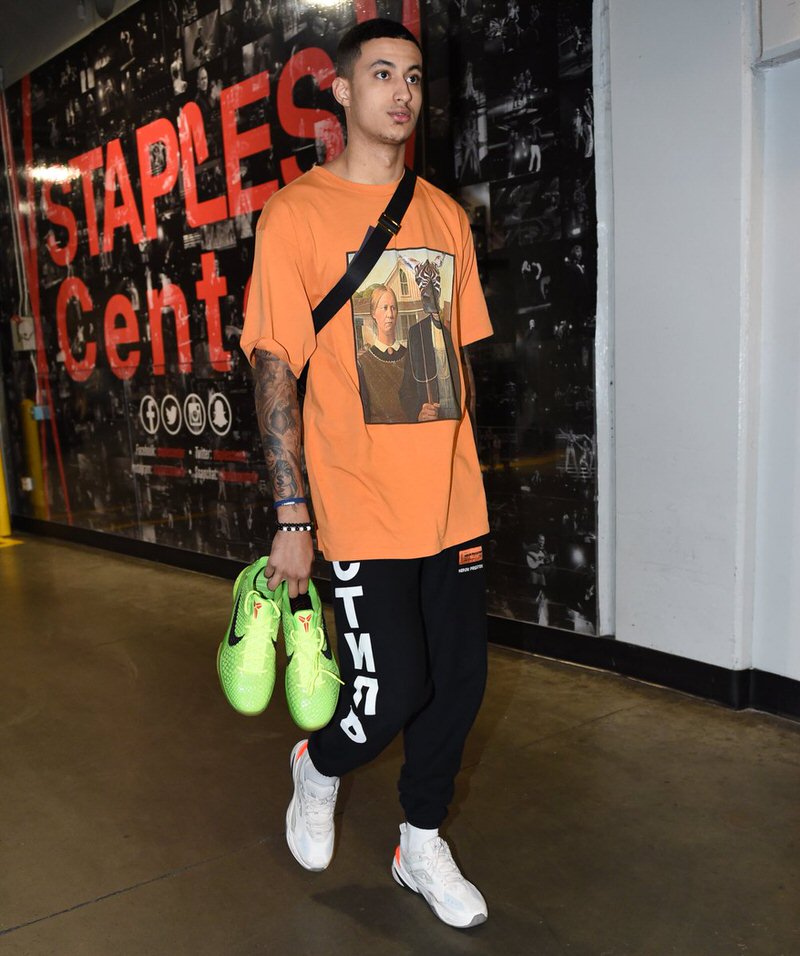 This season, Kuz has brought out vintage Kobes, LeBron PEs and the newest developments from Nike onto the hardwood. Take a look at some of Kuzma’s best kicks from the season below. Be sure to stay up to date with everything NBA related here at Nice Kicks.

+ The Nike Kobe 10 features Zoom cushioning as the hot lava and mint green colors clash on the pastel Kobe 10
+ The “Easter” colorway was a member of the 2015 Easter Collection that featured the Kyrie 1, KD 7 and the LeBron 112

+ The King has always represented his beginnings on and off the court. The signature LeBron “SVSM” colorway pays homage to his high school of St. Vincent St. Mary’s
+ Kuzma got his hands one of LeBron’s very own PEs as the LeBron 11 “SVSM” never released to the general public