Sneaker marketplace GOAT today announces a first-of-its-kind endorsement deal with Kyle Kuzma. The Los Angeles Lakers swingman is the company’s inaugural brand ambassador. Kuzma will represent GOAT both on and off the court in widely touted Nikes provided by the authentic sneaker marketplace. 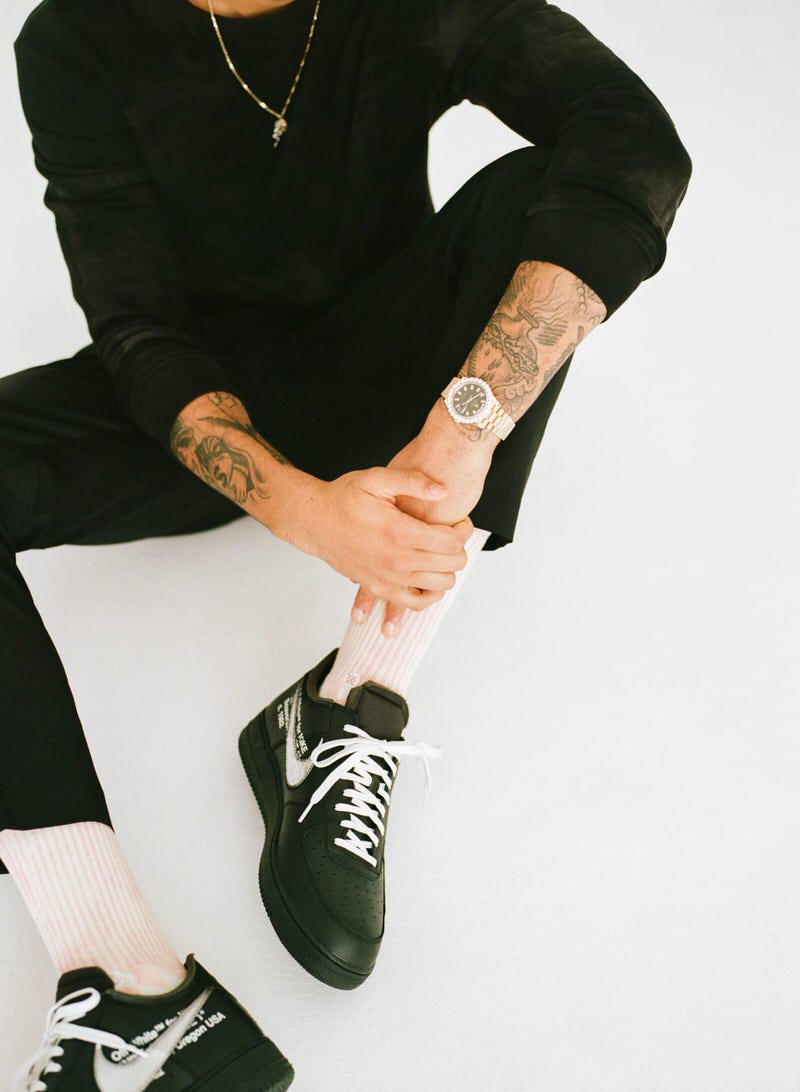 “GOAT has inspired me to start collecting more seriously and build my style around sneakers,” Kuzma said of the new partnership. “People assume that, as an NBA athlete, you can get access to any kind of sneaker you want. When in reality, it’s hard to get the exclusive releases or shoes from the past, and feel confident they’re authentic. GOAT gives me a second chance at not only the limited releases I missed but also the shoes I wasn’t able to afford growing up.”

GOAT and Kuzma revealed the partnership today with a very strategic photo set that shines a light on some of the heat Kyle will lace up this year. He’s seen admiring the beloved Nike Zoom LeBron 4 “Birthday” while simultaneously wearing the John Elliott x Nike LeBron Icon. Kuz lends further credence the authenticity and endless vault at GOAT with the Off White x Nike Air Force 1 “MoMA” on his feet and the Nike LeBron 10 “Crown Jewel” at his side in another photo. 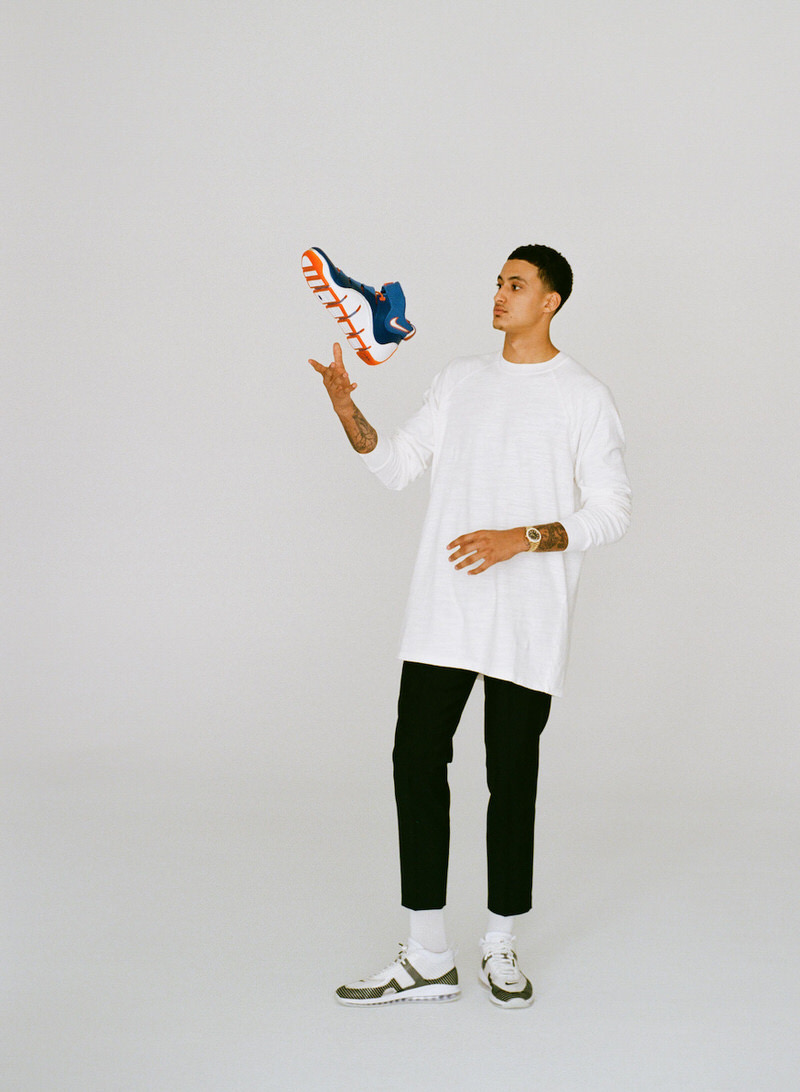 Kuzma, alongside his 2017-18 All-Rookie First Team selection last season, also had one of the better rookie sneaker campaigns both on the court and in the tunnel at Staples Center. Considered by most markers a “Kobe Athlete,” meaning Kuz will largely wear Nike Kobe sneakers old and new with considerable regularity, he’s created a Nike Kobe AD iD to wear during the NBA’s opening week. It’s assumed he’ll wear that pair when the Lakers open the regular season tomorrow, October 18, in Portland against the Blazers.

GOAT, for their part, is revolutionizing the sneaker industry as it currently stands. Never before has a resell platform endorsed an NBA athlete. Eddy Lu, CEO and Co-Founder of GOAT, saw Kuzma at the catalyst to springboard this new initiative.

“GOAT has always celebrated great athletes,” expressed Lu. “Kuzma is emblematic of the passion, focus, and determination that reflect what it means to be great. We couldn’t be more proud to have Kuzma represent the GOAT brand, and inspire others both on and off the court.” 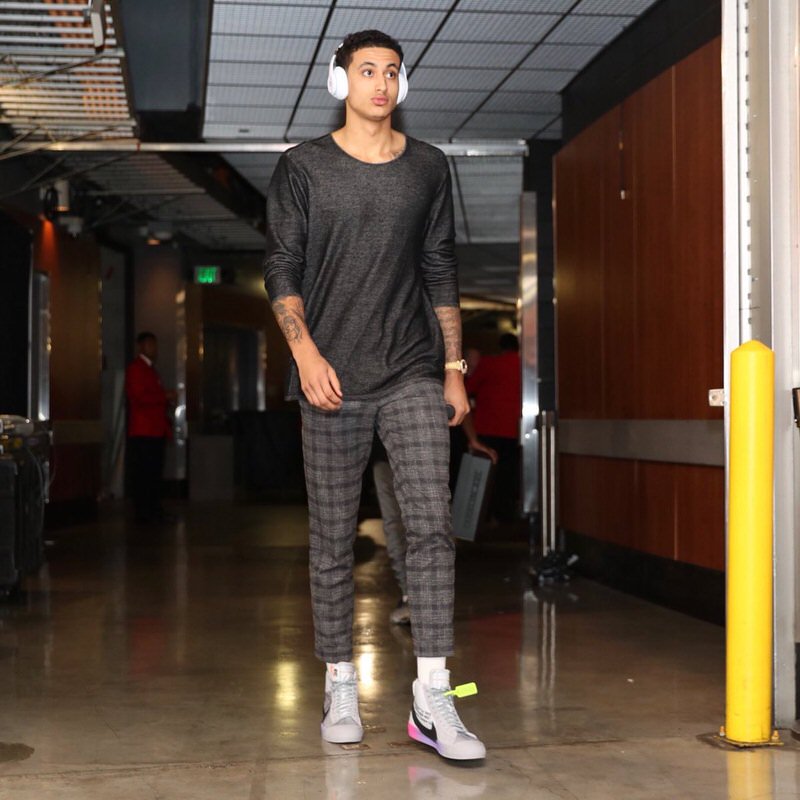 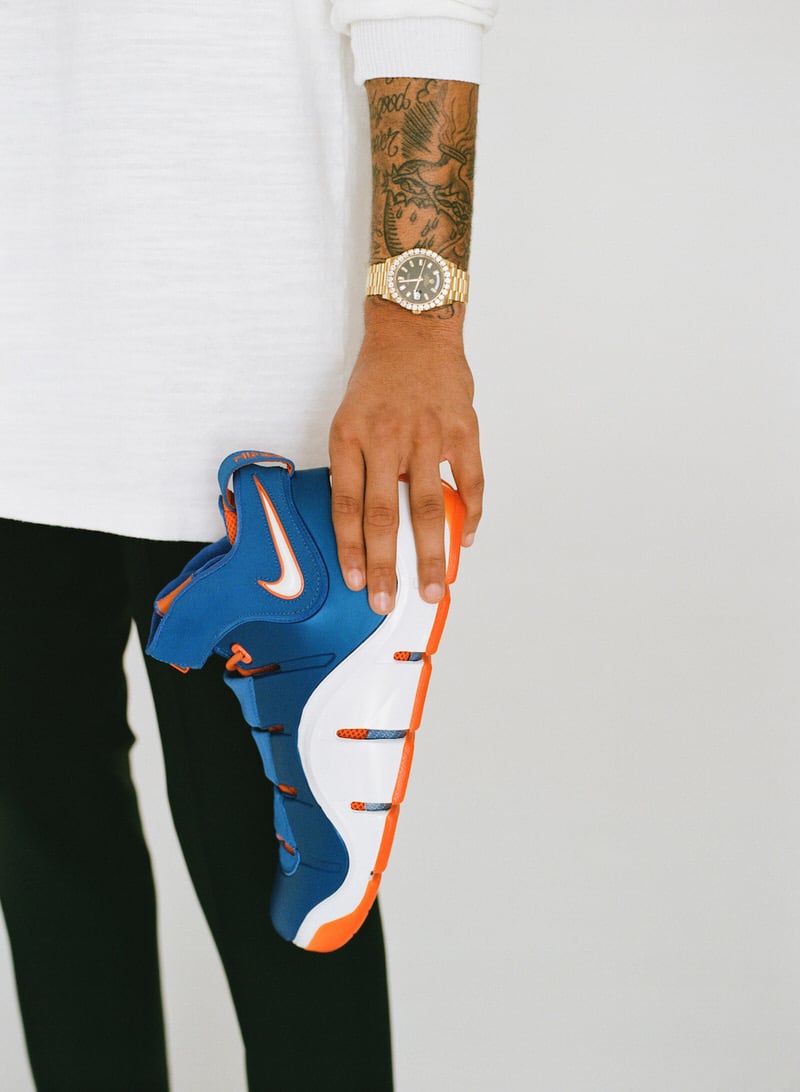