Kobe Bryant and Michael Jordan have lots of history together.

For the better part of one whole season season, Kobe was getting buckets in Air Jordans. A sneaker free agent in 2002-03, the Black Mamba wore a wide variety of Mikes, ranging from performance favorites to ultra-rare PEs.

So, just how many of Kobe’s career points came in Air Jordans? We did the research and the math to provide a better idea of just that. 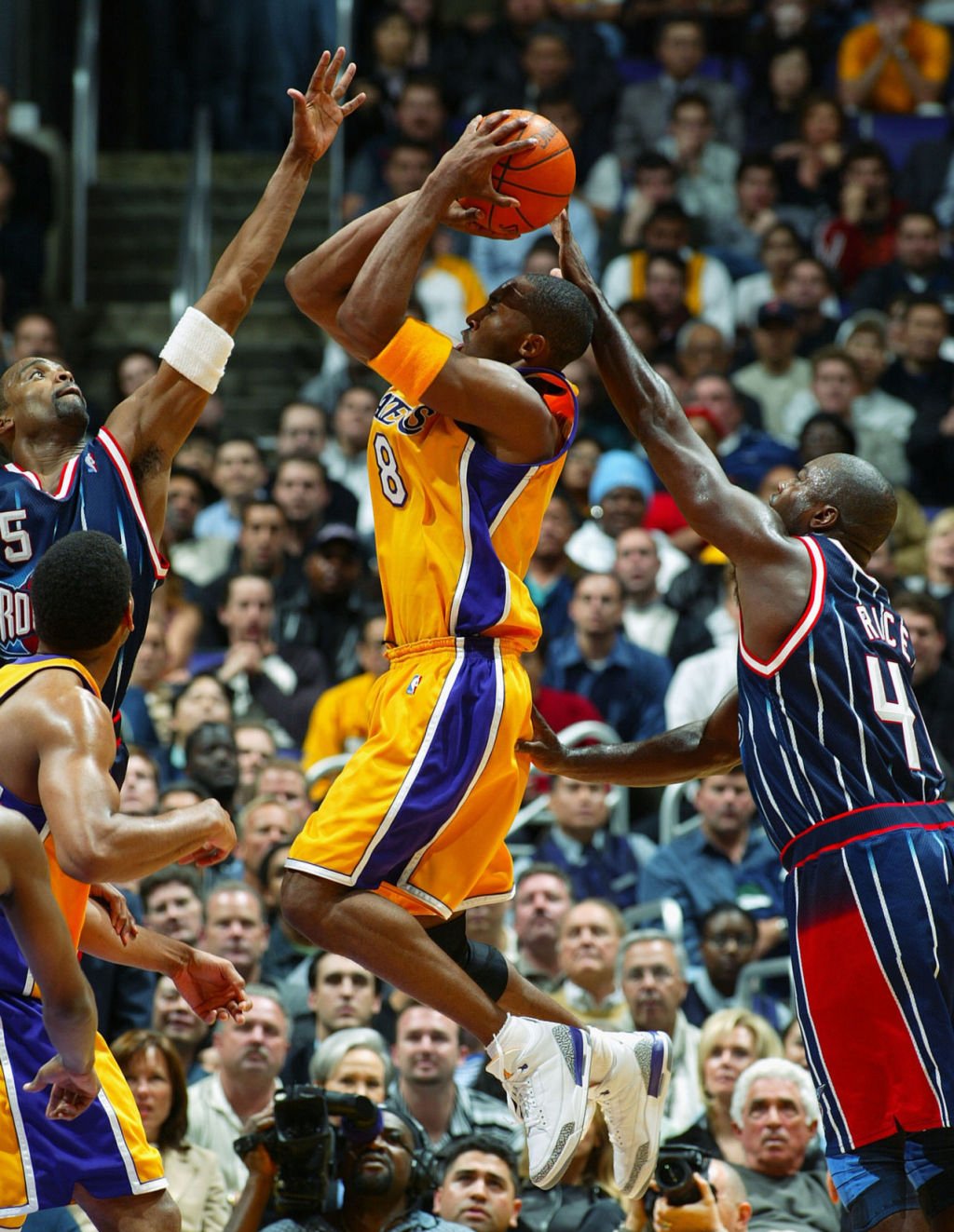 After lacing up the “True Blue” Air Jordan 3s in the 2003 All-Star Game against MJ himself, JB showed Kobe love days later with an Air Jordan 3 PE on Valentine’s Day. Kobe proved particularly fond of this pair, lacing it up often at home during the course of the season and once in the playoffs. 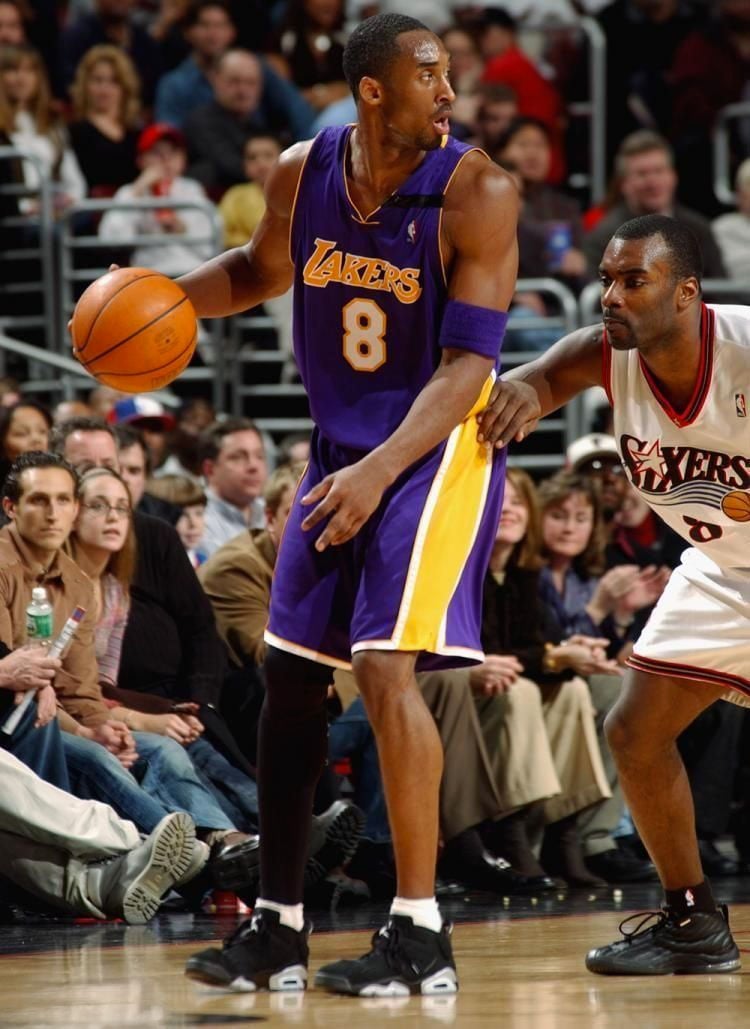 Returning home to Philly, KB8 dropped 44 points on the Sixers in the low top Air Jordan 6. The Black/Chrome colorway took well to road wear, though he laced these up only once. An early sign of Kobe playing well in lows?

Debuted on Christmas Day, Jordan Brand made the most of Kobe Bryant’s sneaker free agency by outfitting him in this Air Jordan 7 PE. He wore this pair first against the then-rival Sacramento Kings, breaking these PEs out only twice after. 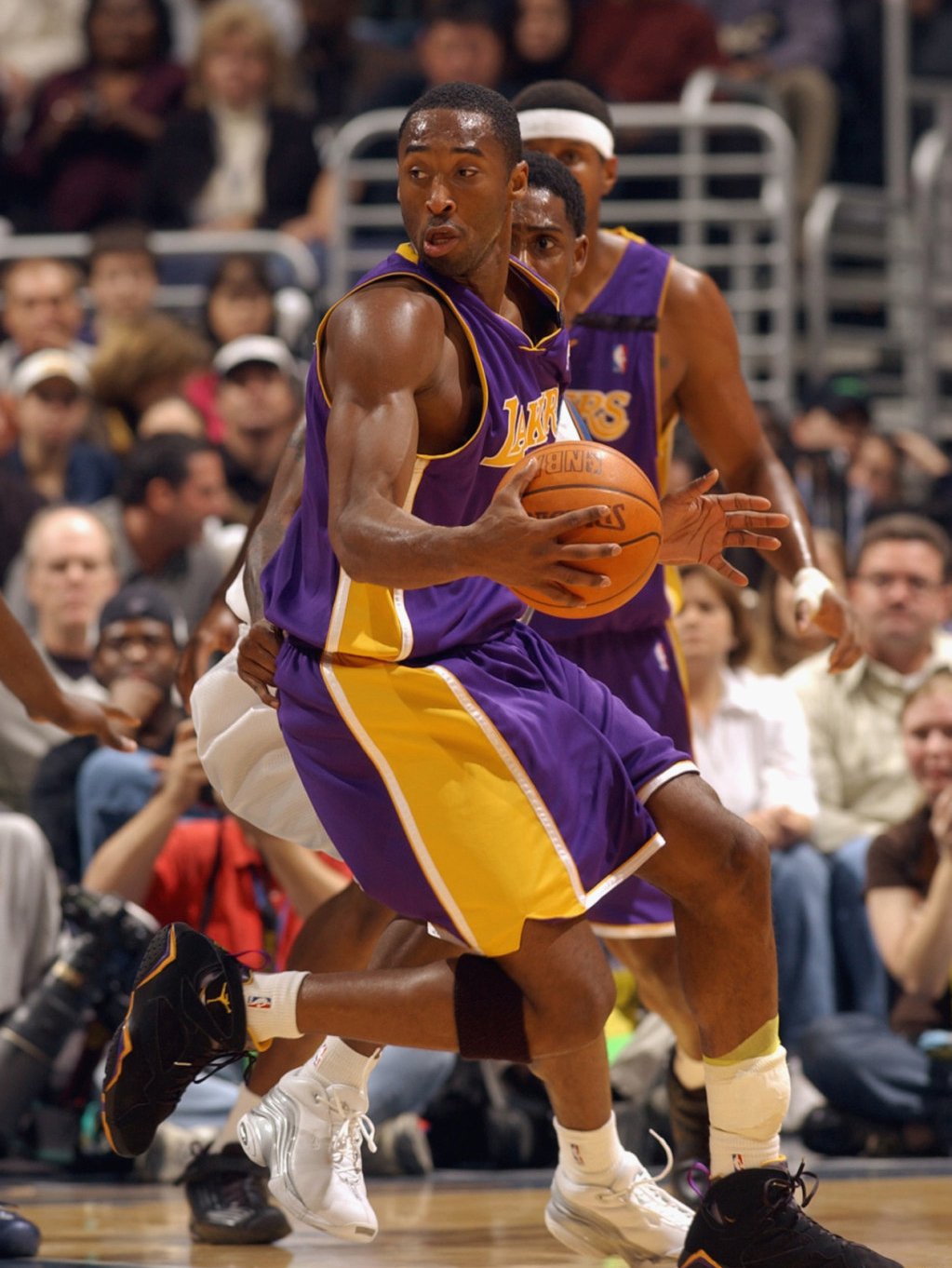 Perhaps a preview of him favoring the Huarache franchise later in his career, the Air Jordan 7 was worn by Kobe over the course of the 2002-03 season. This “Away” PE swapped out the white leather seen on “Home” version, opting for black suede. 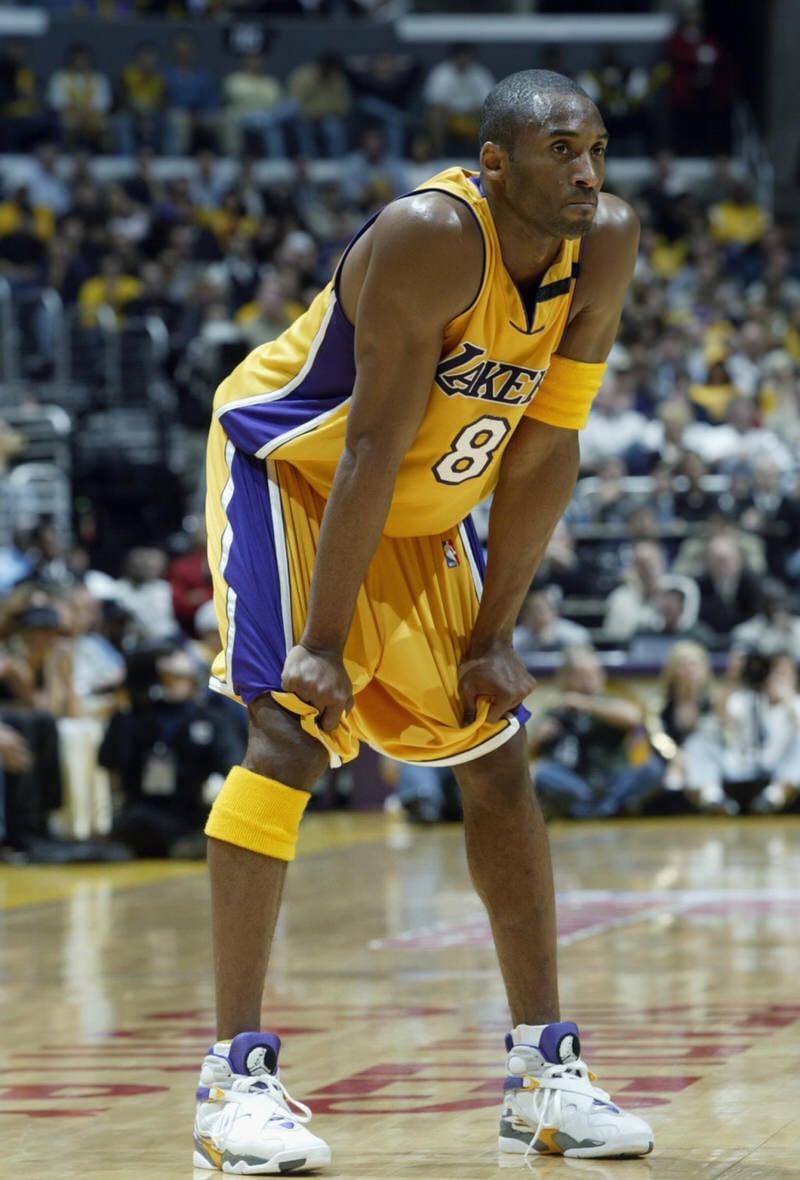 For a man that loves low tops, Kobe Bryant sure played well in heavy sneakers. The Air Jordan 8 PE is still sought after by Black Mamba fanatics with loads of moolah, pining for the strapped signature outfitted in Lakers hues. 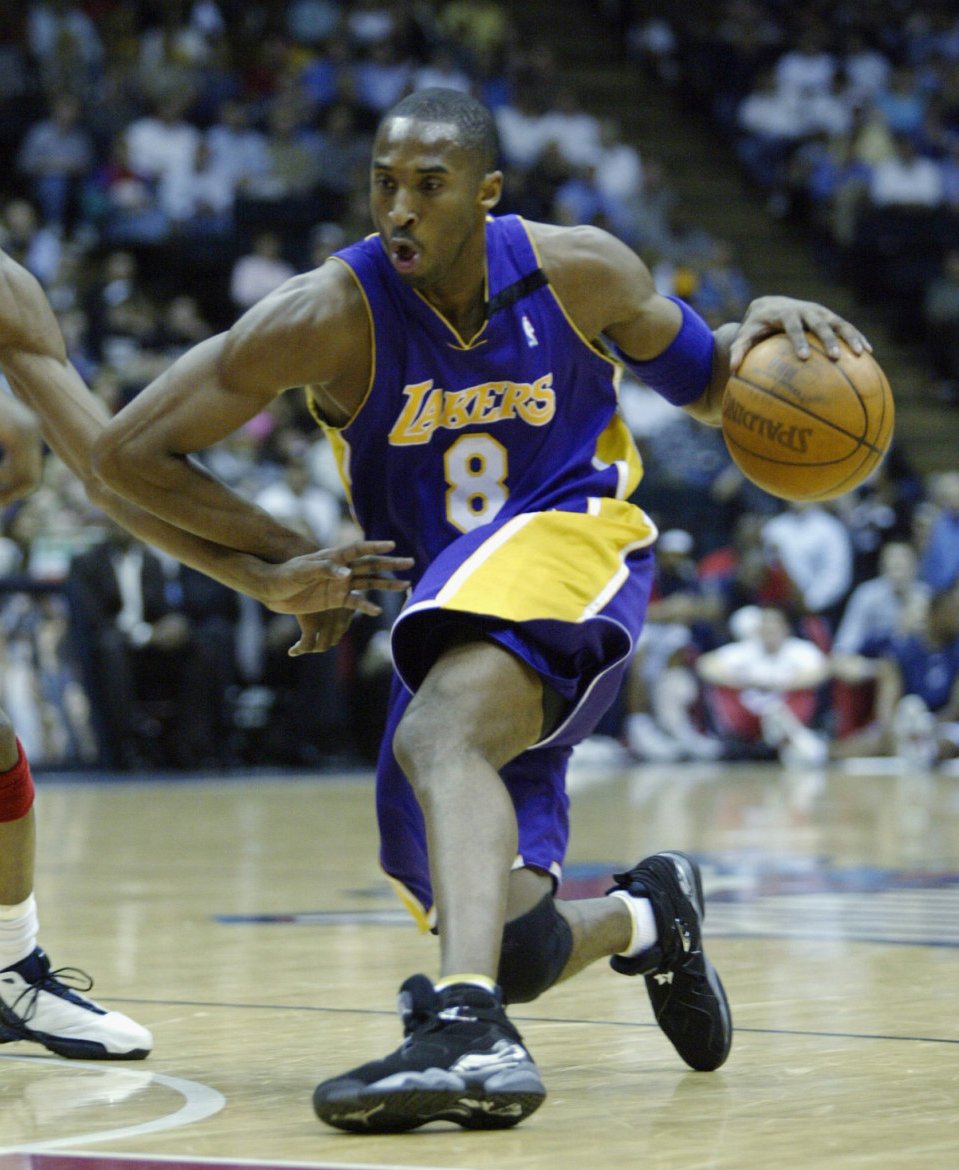 PEs are great, but Kobe’s favorite Jordan by the wear-count must be the GR Air Jordan 8 Black/Chrome. A cold colorway, KB8 rocked this hot signature in 21* different games.

*Note* Kobe Bryant played a road game against the Bulls during the 2002-03 season with no footwear photo or video existing. All other games over the road trip were played in the Black/Chrome 8s, but because we can’t confirm he wore those in Chicago, we can’t include them or that game’s points in the count. 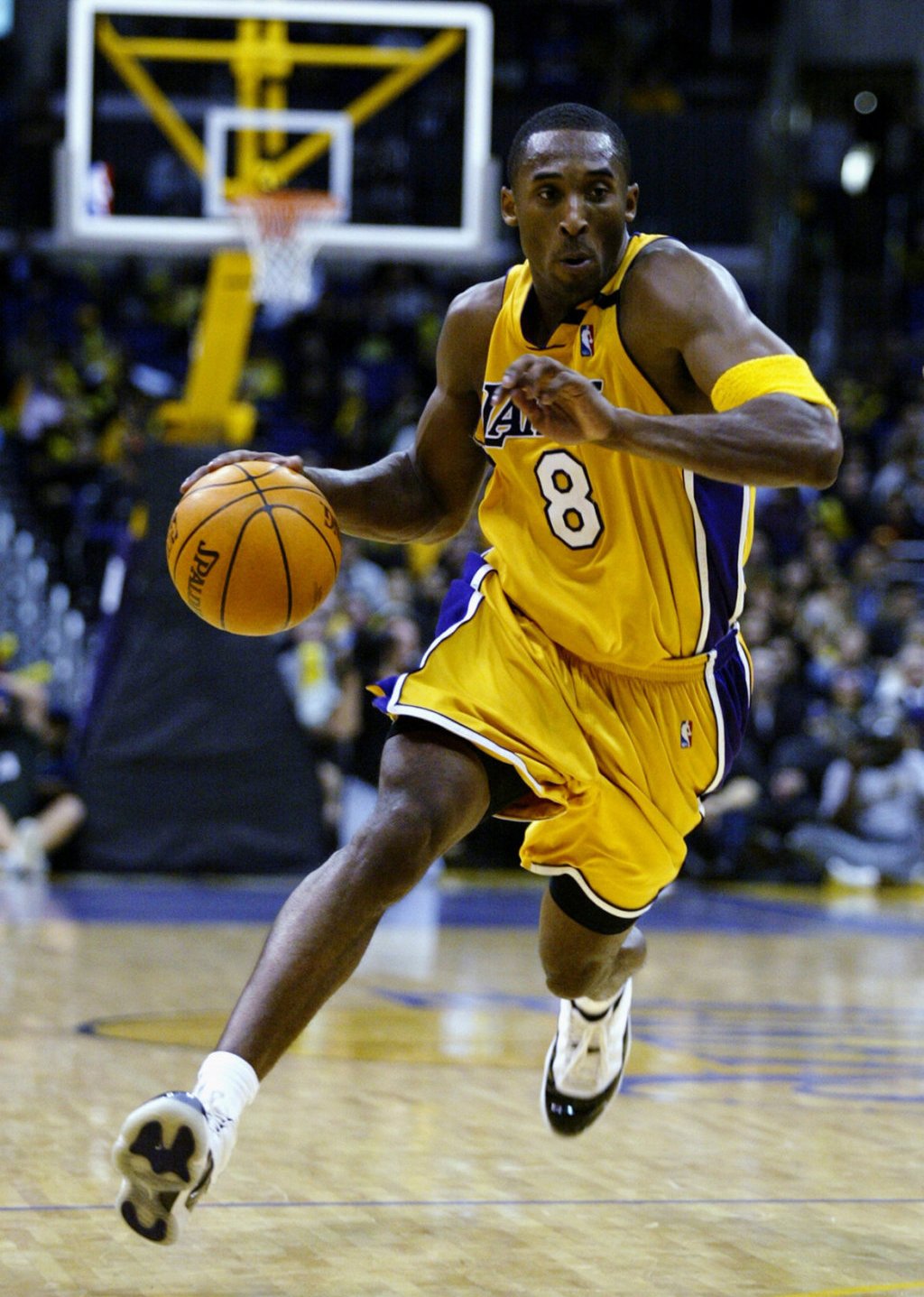 A sneaker free agent, Kobe Bryant opened the 2002-03 in the “Concord” Air Jordan 11. He wore the “Concords” twice more shortly after.

*Note* In his second game wearing the “Concords” Kobe swapped shoes, also playing in and scoring in the Nike Air Max Elite, thus slightly skewing the above numbers. 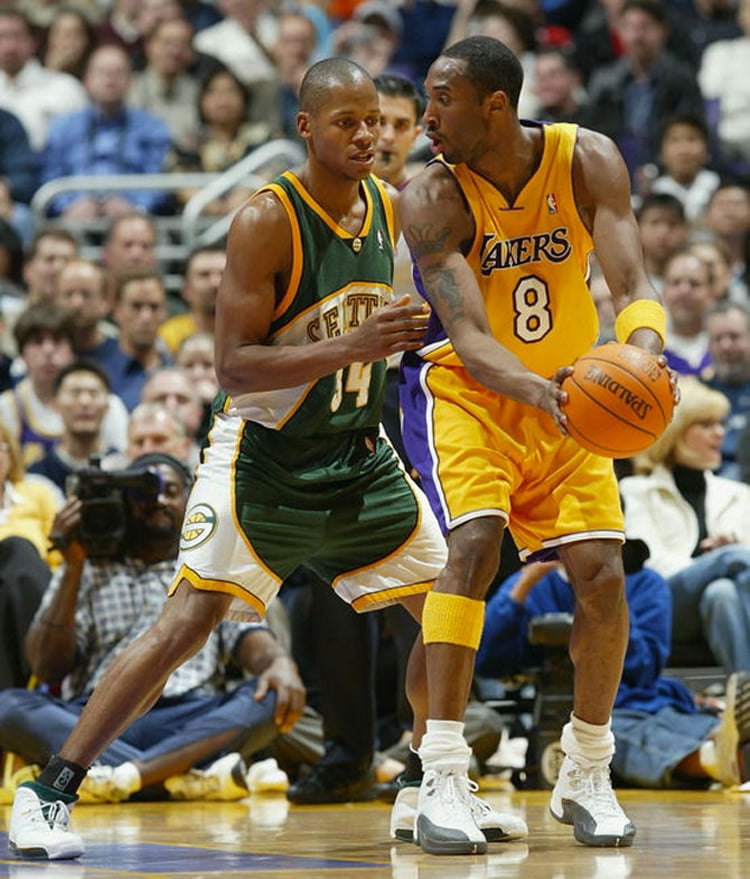 By 2003-2004, Kobe was officially with Nike. While he mostly played in Huaraches, he did wear Air Jordan 12s on select occasions. 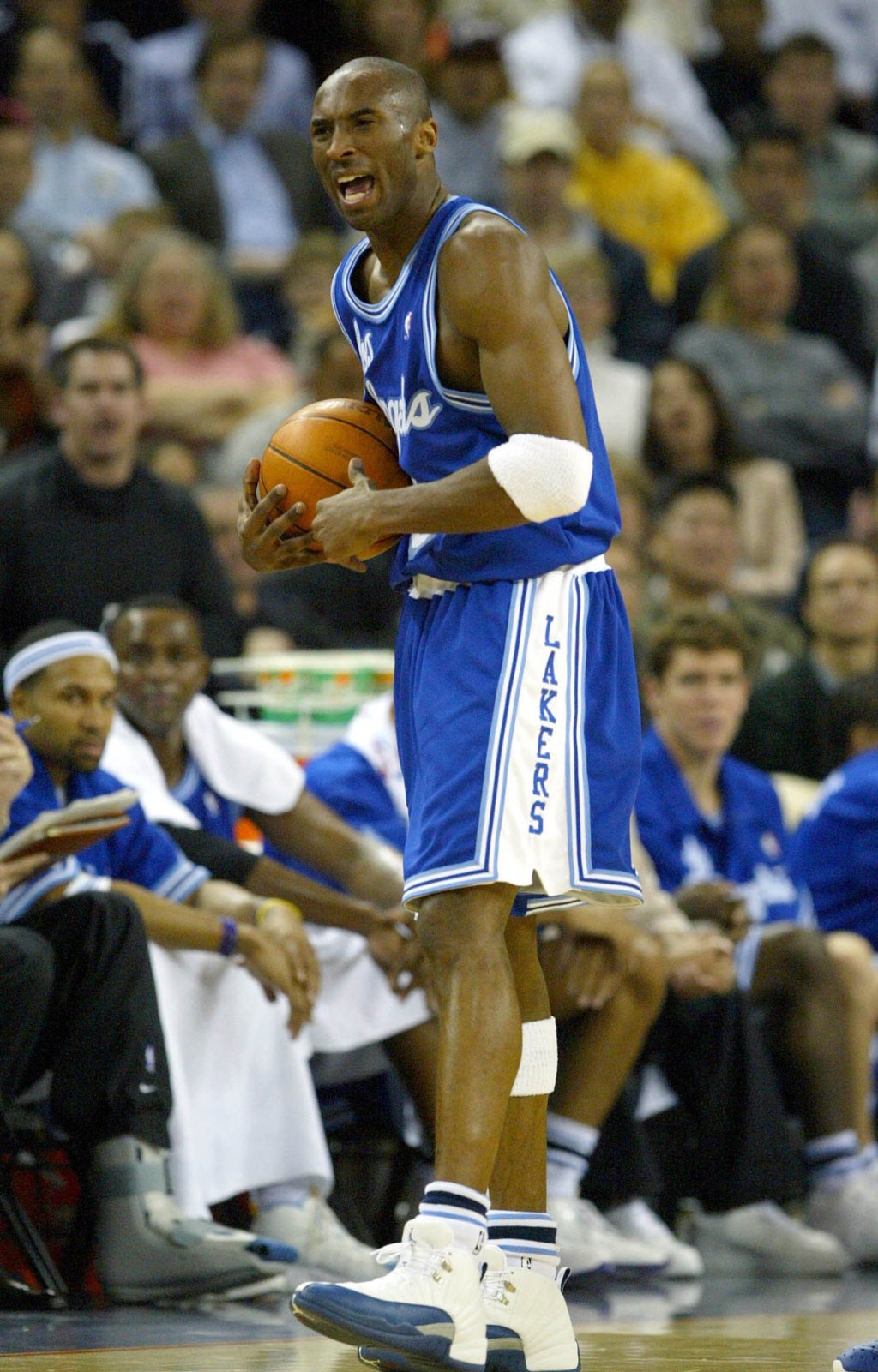 During the 2002-03 season, Kobe broke out the Air Jordan 17 Black/Silver on three occasions. He was productive in this performance pair, lacing them in a big game against T-Mac. 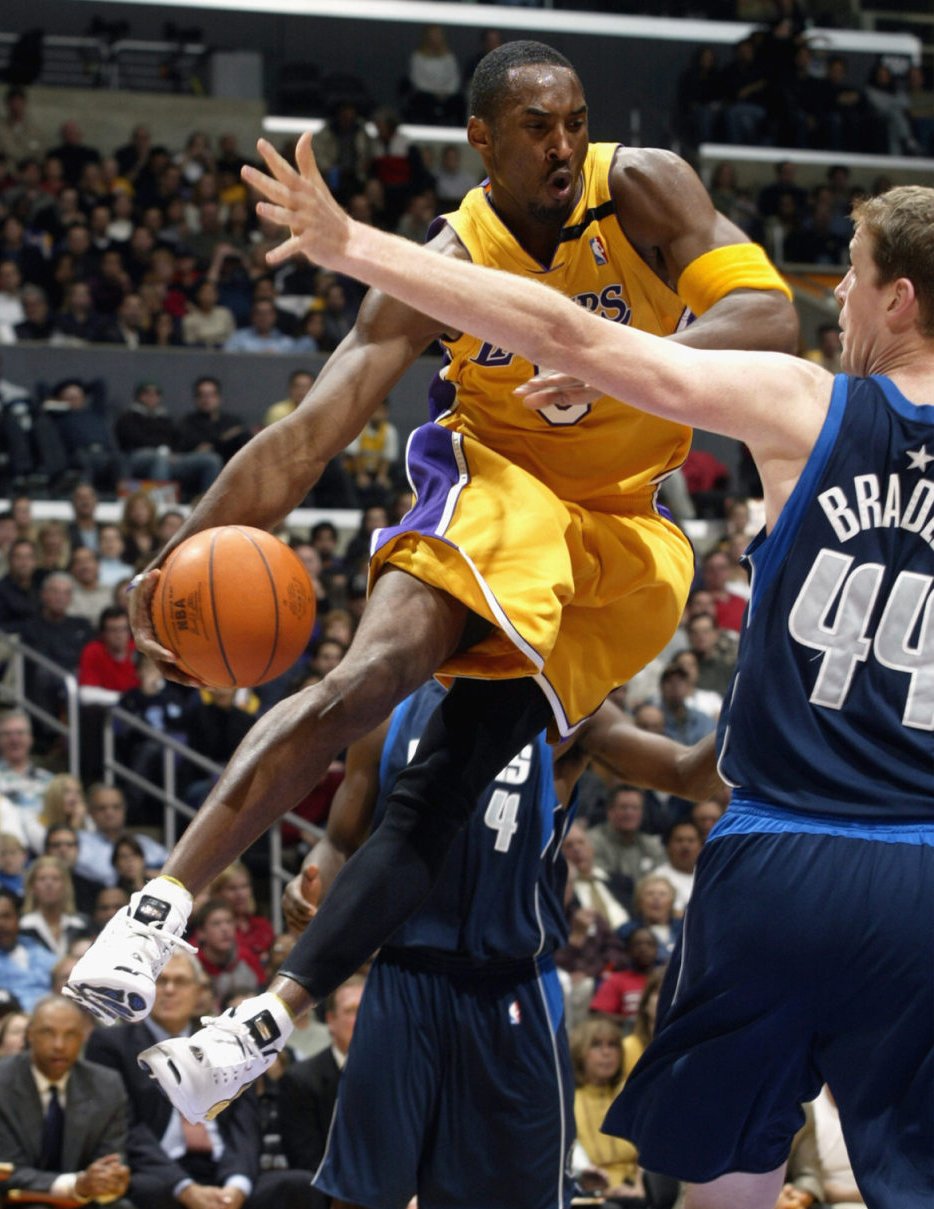 Rarely worn but still swaggy, the Air Jordan 17+ “Copper” were Kobe’s kicks on court only twice. The shoe’s went well with his home uniform, with his play also matching.

Excluding exhibition and All-Star Games, it appears that Kobe Bryant scored roughly 2,009 total points in Air Jordan sneakers over the course of 65 games.

As stated in the write-ups, there is likely some error or variance due to an in-game shoe-switch and a game with out photo documentation of his footwear.

Thank you to both Kobe and Michael for all the memories and all the sneaker heat.