That’s been the calling card for Josh Jackson since his AAU uprising to his NBA debut. The Motor City phenom is best known for his engine on the court, playing full-speed on both sides of the ball for all 48 minutes of a matchup.

Off the court? Cool as a fan.

Serving as not just the feet but also the face of the Under Armour HOVR Havoc, we caught up with the calm and collected rising Sun to talk about hooping in low tops since high school and creating a culture for his squad this season in Phoenix.

Nick DePaula: Now that you’ve had a year in the pros, what’s the process been like with the brand?

Josh Jackson: It’s definitely different and something I’m still learning how to do fully. Like being a part of this [launch] with Under Armour — what we say actually matters. I try to go a little deeper into my thinking and consider things I really like in a shoe that really help me. I think Under Armour did a really great job with the HOVR Havoc. First, they made sure it was comfortable and reliable, then they made the colorways awesome and I’m happy with it.

Nick DePaula: We have the same favorite shoe to play in — the Curry 1 Low. What are some of the things that made you like that shoe so much?

Josh Jackson: The thing about the Curry 1 Low is that the traction was amazing and that the base around the shoe made me feel so locked down — wherever I went the shoe was gonna go and I was never worried about coming out of the shoe. They were light, and I love low tops. I wear highs sometimes, but my preference is definitely a low top shoe. 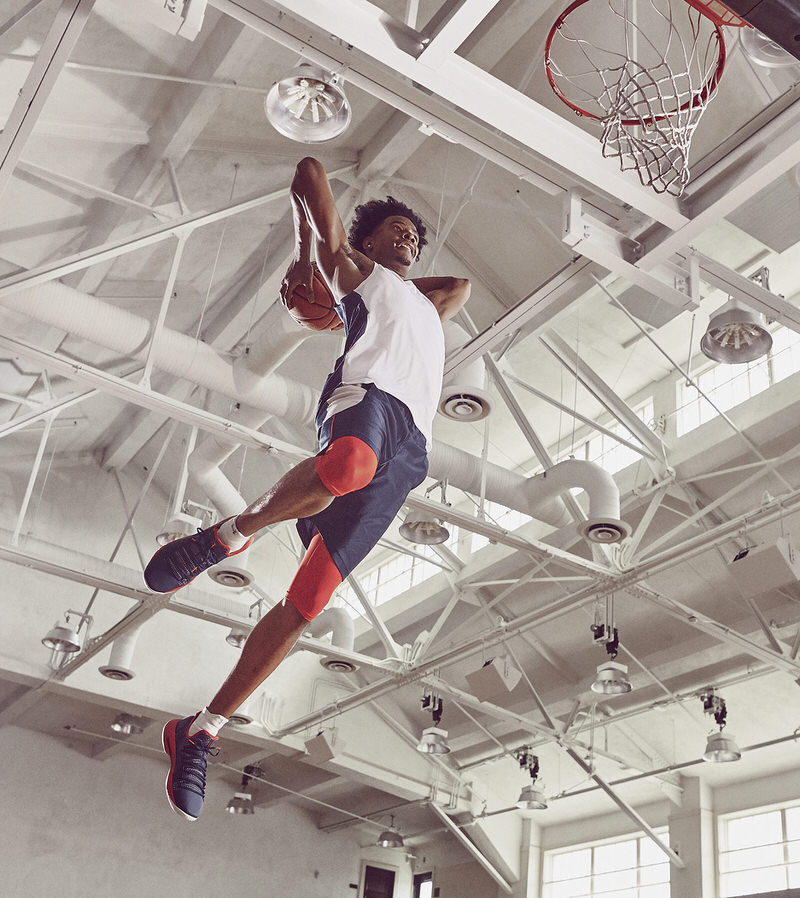 Nick DePaula: Once you started to play in the HOVR Havoc, what were some of your favorite attributes of the shoe on court?

Josh Jackson: The grip is good, it’s light — I felt like I could run, jump and explode. The cushioning inside the shoe feels comfortable when I come down and land. It’s really stylish and it looks good. I’m excited for a couple of PEs that I might have come out this year.

Nick DePaula: For your PEs, what details do you always try to incorporate?

Josh Jackson: I always try to incorporate my city of Detroit. Then just things I like at the moment, like my favorite food or favorite restaurants. I’m gonna do some thinking this year and collabing with Under Armour.

Nick DePaula: I noticed that sometimes you’ll wear the white jerseys but rock an all orange shoe, how do you pick for each game?

Josh Jackson: I just look at my locker and say, “You know what? I’m feeling these today.” I mean, sometimes Under Armour will send me special shoes for a game if it’s a holiday or we’re playing somebody big. Sometimes I’ll just do it myself if I feel like really standing out. 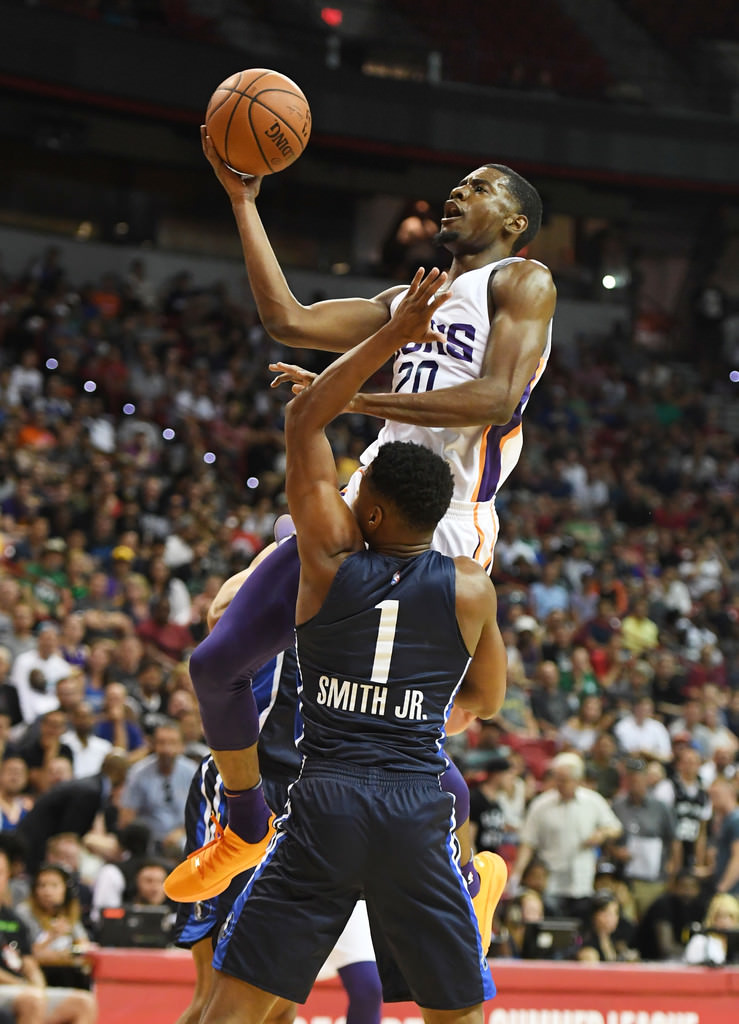 Nick DePaula: We talked with Will Barton and he’s not big on wearing other guy’s shoes. We know you play in the Curry line a lot, but if you’re playing the Warriors, would you switch?

Josh Jackson: I don’t think it’s that big of a deal for me. When I’m out there performing, I don’t think anybody can say anything. I hope one day guys will wear my shoes, but until then I’m gonna go support the next guy.

Nick DePaula: I know your mom was really big on you having your own shoe. What are your hopes in regards to having a signature shoe?

Josh Jackson: We’ve been giving it some thought, but we’re probably still a little ways out with that. For my shoe though? First of all, it would have to be comfortable. It would have to be a low top, reliable, sturdy and have good traction. 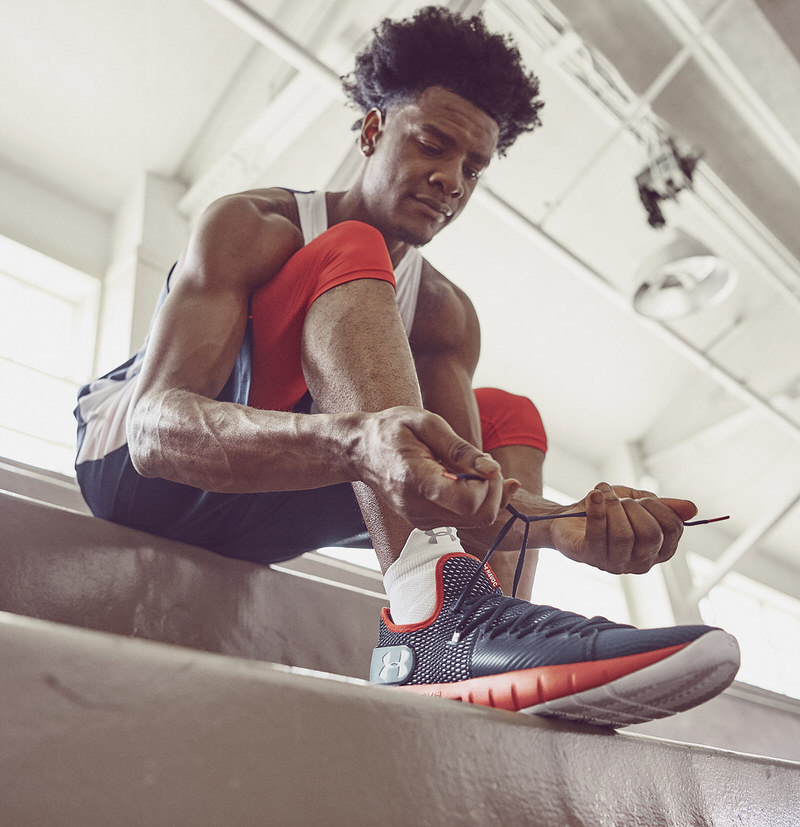 Ian Stonebrook: All of Under Armour’s young talent is out here today, but how does it feel to be the guy that’s in the commercial?

Josh Jackson: [Laughs] It feels good! I’m still a little camera shy, but I’m trying to get better at that. I think I’m doing a pretty good job! [Laughs]

Nick DePaula: Last year with the Suns you were very young and developing. This year with getting older and getting DeAndre Ayton and Trevor Ariza, what are you most looking forward to?

Josh Jackson: I’m looking forward to us creating a culture. Right now, I don’t really feel like we have a culture or identity as a team. We’ve got a new coach who’s been doing a great job since Day 1. I love that he pays attention to small details, he’s a great teacher and he explains every rule he gives you. I think he’s gonna be really good for us young guys just because he’s that good of a teacher and I’m really excited for this season.

Nick DePaula: You finished the second half of last season really strong. What were some of the things you worked on or developed along the way?

Josh Jackson: I just started to learn from my mistakes. Secondly, I started working on finding my spots on the floor. When I was out there at first, I was trying to think or strategize a little too much. Eventually, I got to the line a little bit more and that translated to points. Little by little, I just started putting things together. 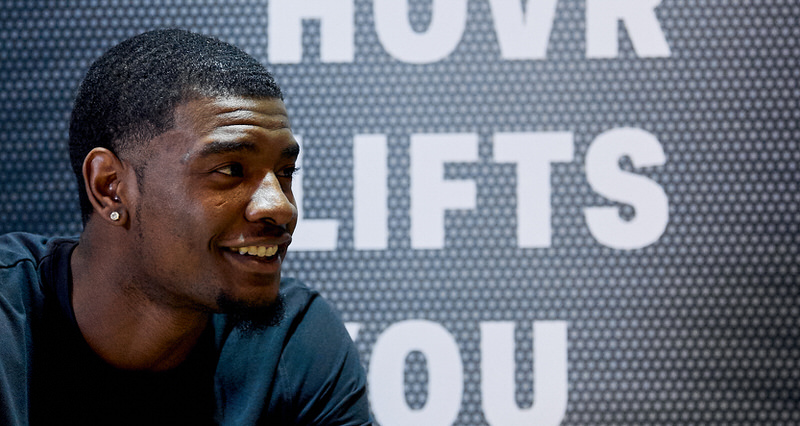