Where to buy the John Elliott x Converse Skidgrip

Designer John Elliott is not a stranger to sneaker collaborations with multiple collabs with Nike under his belt, but he switches it up from the Swoosh to the Chevron on the Converse Skidgrip set to drop this week.

Dropping in two colorways, Green and Brown, the uppers use a flocked canvas upper that uses a two-stage printing process which gives each shoe a unique patina and natural variation in the color and pattern. The Skidgrip uses nickel lace eyelets, with co-branding seen on the tongue tag and insoles. The vulcanized midsole uses a herringbone pattern on the outsole and comes with a second set of laces.

“I discovered the Skidgrip like any kid in California through skating early in my childhood. It’s a silhouette that’s iconic to our surf and skate culture,” Elliott said in a release. “As a skate shoe, it was instantly recognizable for the authenticity it held. The Skidgrip is an important shoe in culture for skate and in representing California.”

The John Elliott x Converse Skidgrip is dropping on August 19th on Converse.com, select Converse retailers, and Johnelliot.com for $130. Check out the official photos below. 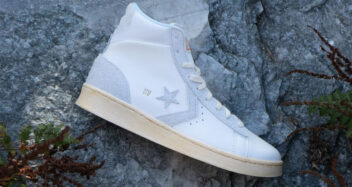 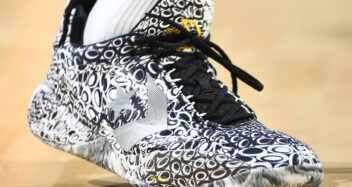 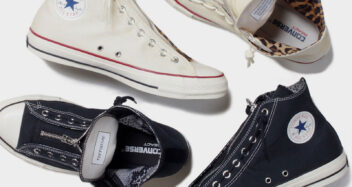