Yesterday, Chaminade senior and Duke commit Jayson Tatum was awarded with the Gatorade Player of the Year Award. Pretty awesome, right? It gets better. The trophy was hand delivered in surprise fashion by none other than Penny Hardaway. Not a bad way to cap off your high school career.

Fans of the Blue Devils have a lot to look forward to with Tatum. The silky smooth small forward makes getting buckets look easy, fully capable of putting up jumpers or putting down dunks just the same. Fans of College Kicks on Court have a lot to look forward to, too, as he makes it all look good by sporting everything from new-age Kobes to classic Jordans to, you guessed it, retro Pennys.

Check out what Jayson had to say about all the above in the interview below.

Nice Kicks: What was your reaction to Penny presenting you with the award?

Jayson Tatum: I was speechless. I had no idea that he was coming or this was going on. I think everybody did a great job of surprising me because I was just at a loss for words.

Nice Kicks: You were born in ’98 — right before Hardaway’s last year with the Magic — and you’re an avid Penny and Foamposite wearer. How did you first learn about his shoes and his game?

Jayson Tatum: Just by growing up watching basketball. Watching clips of Michael Jordan playing back in the day, Magic, T-Mac, Penny… just the greatest players to ever play the game. I fell in love with Penny’s game and his style on and off the court. 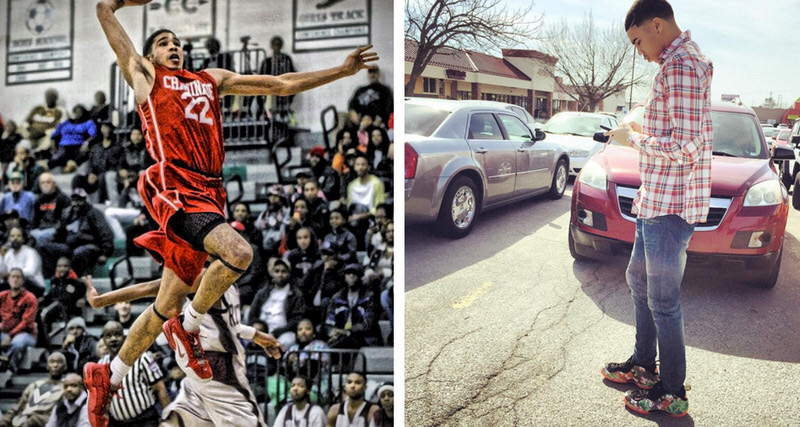 Nice Kicks: Coach K will be lucky to have you next season. Who was the first Duke player you remember watching that made you want to be a Blue Devil?

Nice Kicks: What shoes can fans expect you to break out for your first season of College Kicks on Court when you arrive at Duke?

Jayson Tatum: Probably Kobes. Kobe’s my favorite player in the league and his shoes are the most stylish and comfortable to wear on court.

Nice Kicks: In recent years, the one main knock on a lot of top prospects has been their jump shot. Watching your highlights yours is clearly money. Have you always been a shooter or is that something you really worked on as of late?

Jayson Tatum: A little bit of both. Everybody is blessed with talents and different talents of the game, but it’s something I’ve always had to work on. I’ve had to work on every part of my game nonstop because there’s always room for improvement for every player.

Nice Kicks: What’s it mean to win Gatorade Player of the Year Award and has this long been a goal for you?

Jayson Tatum: It means the world. I was at the assembly when they presented Bradley Beal with this award when I was in 7th Grade. He was like a superhero to me then and I just looked at him like he was the best player ever. To see him win that award, that’s kind of how I envisioned myself that if I wanted to be great or good I had to do some of the things that he did. This was definitely at the top of the list.

Nice Kicks: Lastly, where are you going to put the trophy?

Jayson Tatum: [Laughs] I might sleep with it to be honest for the first night or two.

Special thanks to Gatorade. Keep up with Jayson on IG.