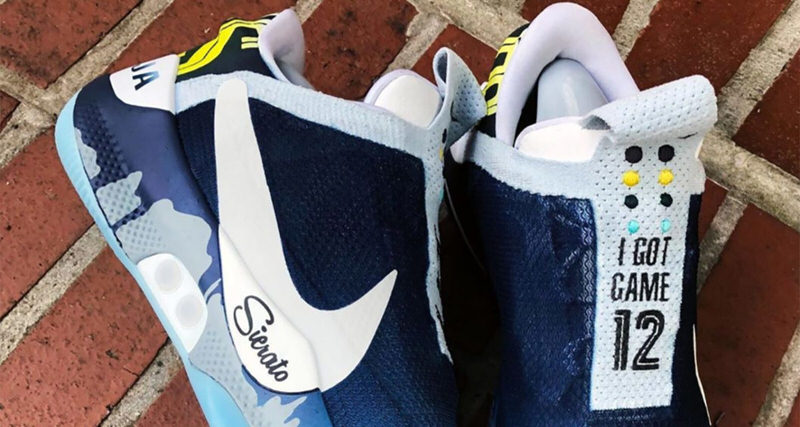 Ja Morant, the Memphis Grizzlies rookie out of Murray State, is expected to leave his mark this upcoming NBA season with the Grizzlies young core. Ja will also have the Swoosh on his side as one of the rookies signed with Nike Basketball.

While he’s not slated for a signature shoe just yet, customizer Sierato already has some heat for the PG. The Adapt BB is all the hype with its self-lacing technology that’s been dominating both the WNBA and NBA. Thus, perfect for Morant to rock during his rookie campaign.

The shoe features the Memphis logo all over and is decked out in gold as an ode to Murray State and all that Morant accomplished in his time there. The second iteration is all about Memphis with the shades of blue and Morant’s signature “I Got Game” mantra.

Peep the shoes below and be sure to follow the artist behind the pair here for more.