For fans of coveted kicks, it doesn’t take much to get excited. Perhaps pandering to just that, Nick Tershay of Diamond Supply Co. posted on IG a cropped shot of a particularly clean pair of kicks that resemble the “Tiffany” Nike SB Dunk Lows to which he holds creation titles to.

A closer look at said shoe in the photo appears to pack an inverted color scheme as noir tones paint the upper with the signature turquoise tone taking to the heel tagging. A closer look at the OG pair courtesy of Stadium Goods reminds us that the 2005 edition sported silver heel branding and turquoise underlay paneling.

For fans from way back that hold the originals, an updated retro release differing from that of the OG would be welcomed as ’05 pairs fetch just south of a grand. Nike SB has use the altered retro formula before when they released the “Tiffany” Dunks as High Tops in 2015.

So, while it appears the Nike SB Dunk Low “Tiffany” will not be returning in OG form it is possible another alternate take could be on the way. Until then, feast on the OG in all its glory below. 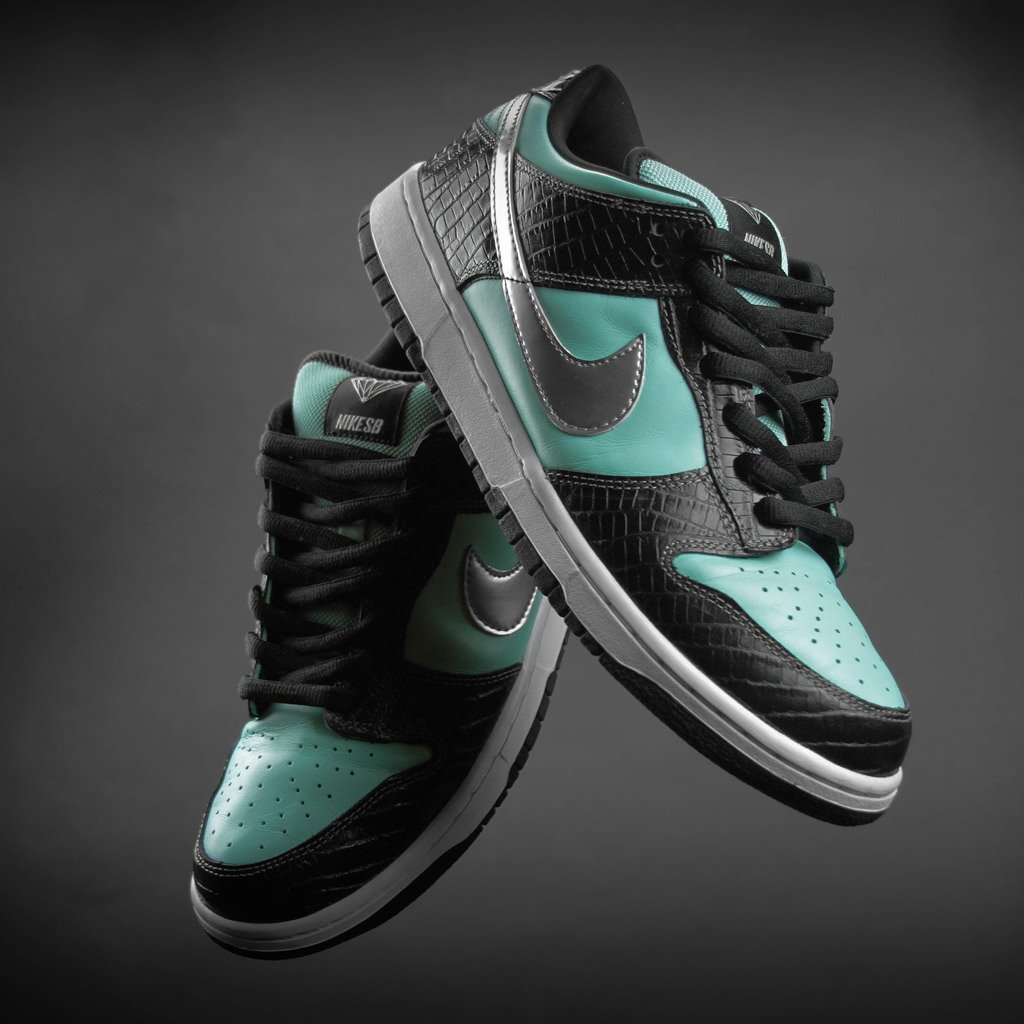