We’re celebrating International Women’s Day with a female powerhouse behind the scenes of one of the biggest sneaker brands. Thy Doan is a graphic designer for Reebok who designed their hugely popular t-shirt for the Woman’s March.

Featuring the Elizabeth Warren quote, “Nevertheless, She Persisted,” the t-shirt is only one of many ways the brand has incorporated powerful women into their campaigns. Reebok has made many moves to promote images of empowered women, such as their ‘Perfect Never’ campaign featuring Gigi Hadid.

Recently, Nice Kicks got to chat with Thy about dropping hard bars for the Woman’s March t-shirt, as well as her personal experiences as a female in the sneaker business.

Nice Kicks: For the Woman’s March, you designed a t-shirt with an Elizabeth Warren quote on it that was hugely popular. Why did you pick Warren’s quote?

Thy Doan: I think it was just something that was incredibly timely in terms of the events that transpired up on the capital and kind of a natural thing for us to embrace because it really resonates. Our female fitness consumer is in the same boat: whether in fitness or in life she persists, regardless of the obstacles.

Nice Kicks: How do you relate to it personally?

Thy Doan: Personally, it’s the same thing. As a woman, I have my own struggles and I definitely identify with that as a very strong and powerful message for myself in life. I continue to persist professionally and push forward. It’s just all about that persistence and perseverance that I think everyone should be able to embrace for themselves.

Nice Kicks: Do you feel that Reebok has a pretty distinct presence in the female sneaker field?

Thy Doan: We have both male and female fitness lines, and we’ve signed Gigi Hadid and Teyana Taylor as part of our Classics business, which is our sneakerhead part of the business. We’re signing some big-time women to represent that side.

Nice Kicks: How did you start working for Reebok?

Thy Doan: I started about two years ago on contract. I come from more of a multidisciplinary print background in graphic design and wanted to flex my skills in the sport and apparel world. Fitness and sport have always been important to me, so to kind of marry those two things has been an awesome journey and I’ve really grown to love my corner of the company and the team that I’m with. It’s been really, really awesome.

Nice Kicks: What’s your day-to-day creative process like at Reebok as a graphic designer? 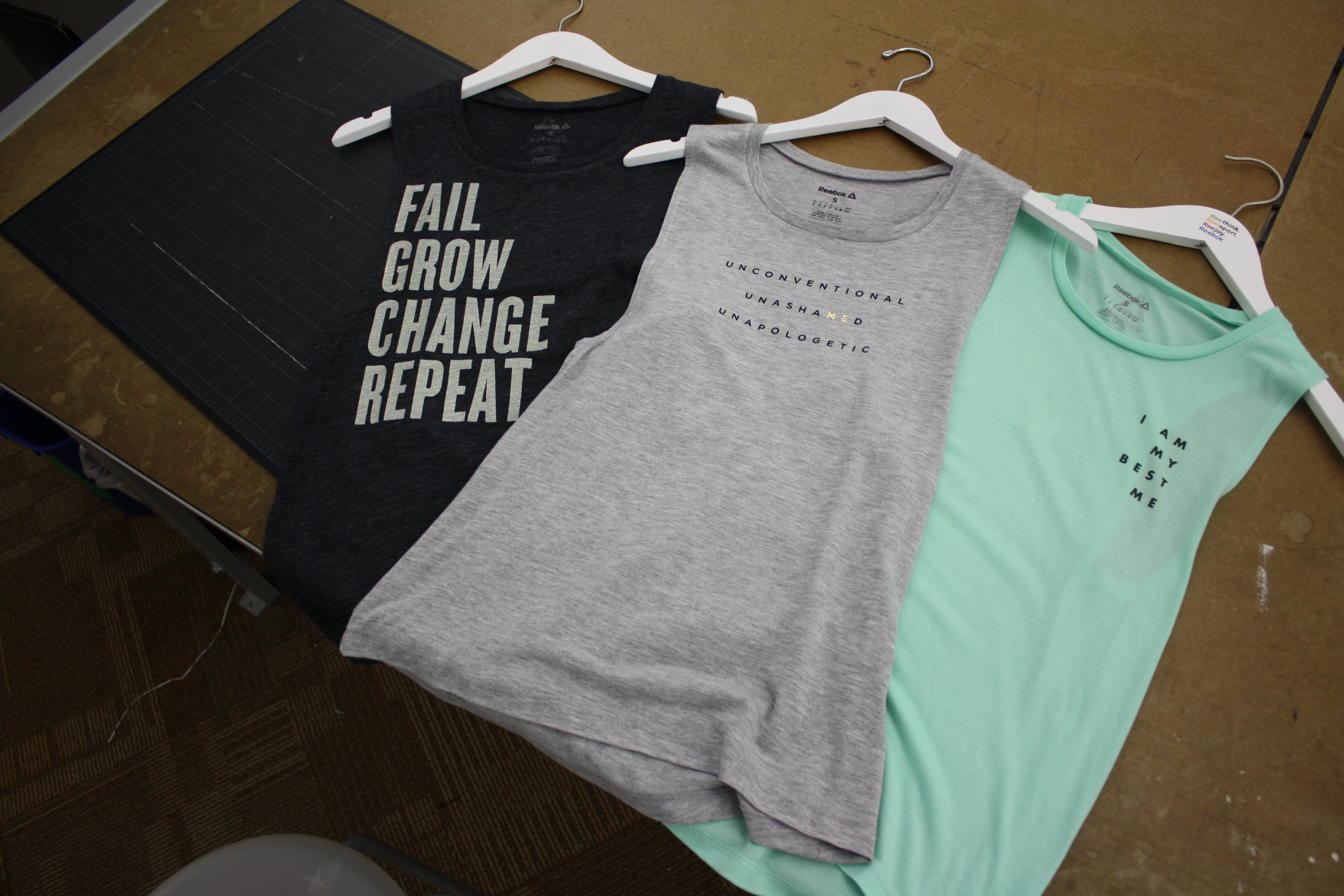 Nice Kicks: What are some of your favorite designs right now?

Thy Doan: I actually just finished a mini capsule of muscle tanks that are actually on the e-comm site right now and they really embody a lot of the message of our campaign.

When we first launched our ‘Perfect Never’ campaign with Gigi, there was a lot of response from social media and blogs and a lot of women sharing what ‘Perfect Never’ meant to them. We sort of distilled the essence of what they were saying and came out with these tees and tanks to capture this attitude. One of them is ‘Unconventional, Unashamed and Unapologetic,’ meaning to not conform to an idea of perfection.

Nice Kicks: What’s most unique about working with Reebok?

Thy Doan: I haven’t been to any other big sports brands, so I can’t speak for anyone else, but for me, I just love the ingrained fitness culture. Anyone can embrace and live what we are working for.

Nice Kicks: Lastly, any advice for young women who are looking to work in urban fashion or athletic footwear?

Thy Doan: I struggle with a little bit of confidence in my own work, but I really have to say that regardless of what avenue or industry you decide to go in, it’s really about hard work. Share and show the people you work with how badly you want to be there, because you really never know when people are willing to take a chance on you — especially when they see that passion and that drive to learn and persist in getting where you want to be.

Reebok has a special collection of International Women’s Day product available online here. Get more insight on what it’s like to be a woman working for Reebok in the video below.