It’s 115 degrees outside, but you wouldn’t know inside the confines of the cool and cozy Palms Resort in Las Vegas. Set up in a suite with enough food to feed a family reunion, the crowd is more minimal, as a select group of media sit down in the indoor basketball court of the mythical Hardwood Suite, posted up in the Palms to hear designer Leon Gu go into detail about his latest creation, the Under Armour HOVR Havoc. 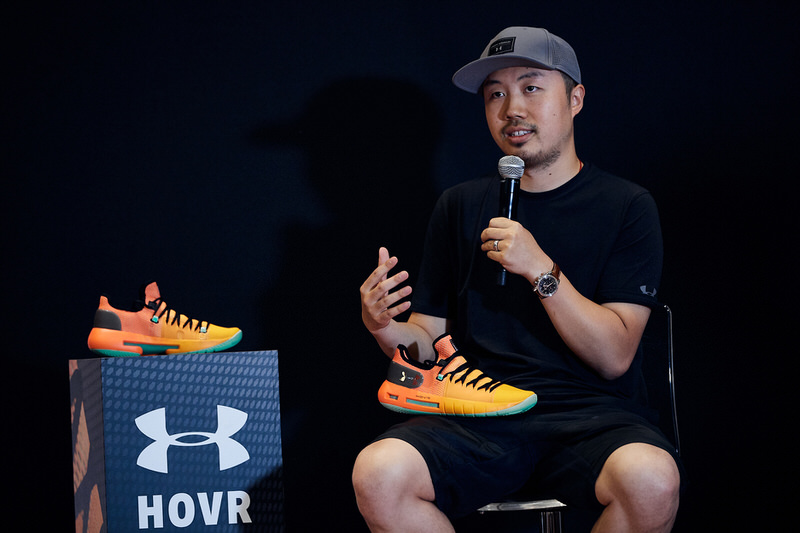 While the designer does the talking, as expected the product is all about the athlete. “An elite basketball player runs probably 2.5 miles a game and has two to three times the impact of their body weight put on their knees every game,” explains Leon. “It was important for us to develop a new platform of cushioning for them that would absorb impact, but at the same time return energy back to them to make sure they feel just as fresh in the fourth quarter as they do in the first quarter.”

That new platform is HOVR, first seen in the brand’s running category. Designed in this realm for the high flying hooper who puts miles on their basketball shoes like our bossman Matt Halfhill does in a half marathon, the hardwood HOVR intro and the ability to float feedback from million dollar dunkers and the game’s on-the-rise amateurs proves telling during our roundball ride in Nevada.

“The brief comes from the NBA athlete,” as Under Armour’s Kris Cook tells it. “We get the inspiration from them and we fine tune with our high school and college athletes to make sure the product works for the general consumer. All the while, we’re getting feedback from the NBA athlete in regards to specifics.” 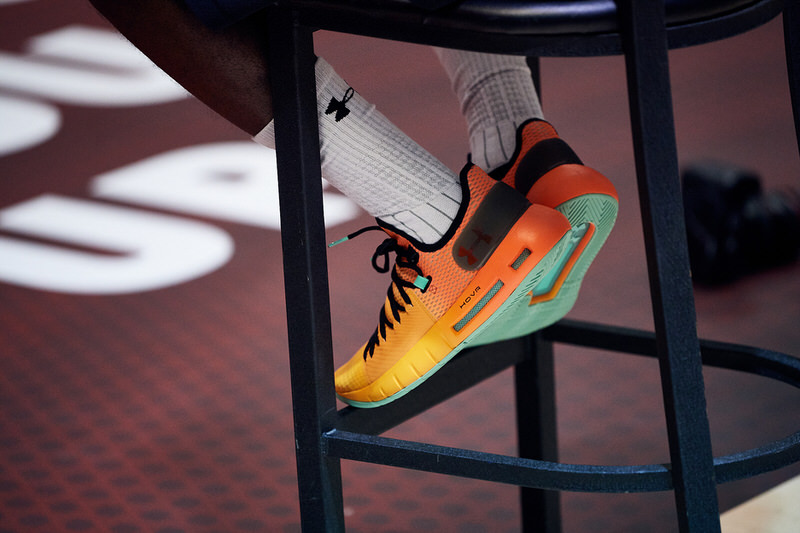 Debuted during Summer League, the HOVR Havoc’s bold and bright launch colorway is fitting for the city it finds itself in. Touting a tough look and the performance tech you’d assume from an Under Armour shoe, the HOVR Havoc is about that action, as are its endorsers. Set to lace Dennis Smith Jr., Josh Jackson, Will Barton and Terrence Ferguson this season as each looks to elevate their games in equally important years, the latest and greatest from UA Hoops is a lightweight, compact ride released for players looking to fly over fatigue.

Shortly after Leon and Kris detail the HOVR hoops intro, the athletes set to sell it and score in it arrive. While Dennis Smith does dunks a point guard shouldn’t be able to pull off and Josh Jackson answers questions with the coolness and intellect to be expected by someone twice his 20 years of age, the shoe and its setting fit an individual underdog like Will Barton and a limitless lad like Terrence Ferguson just the same.

The four figureheads for both the shoe and the brand’s basketball business outside of Steph form camaraderie on the court when whooping up on the media team in a shooting contest, while later scouting talent at UA’s high school hoops tournament and walking the Aria like rockstars.

So, will Under Armour’s fantastic four keep that same energy on the court this season, unified by the bond of the HOVR Havoc? That remains to be seen, though smart money suggests they will. Those not on the brand’s professional or AAU rosters will have to wait until August 31st to lace up a pair, but you can preview the shoe and see the launch festivities in the photos below. 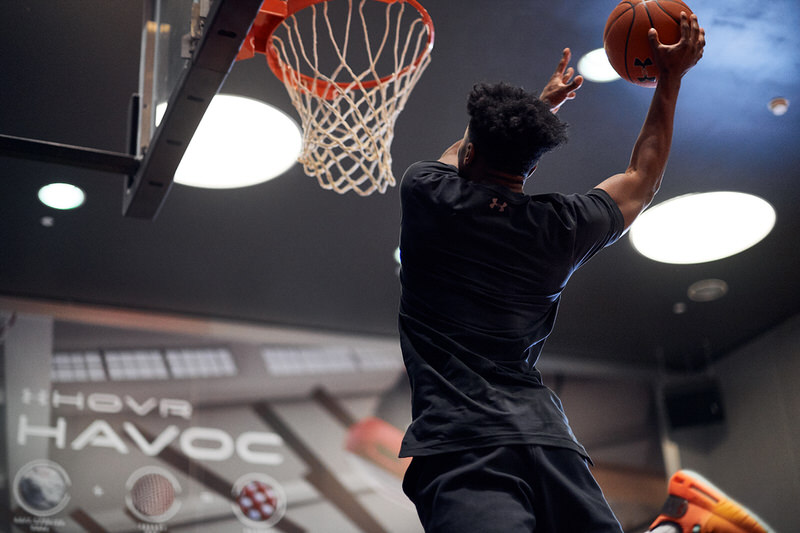 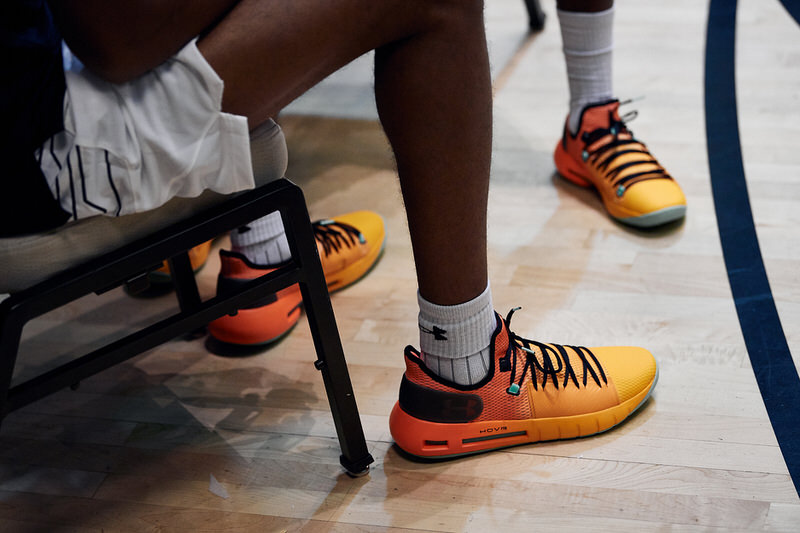 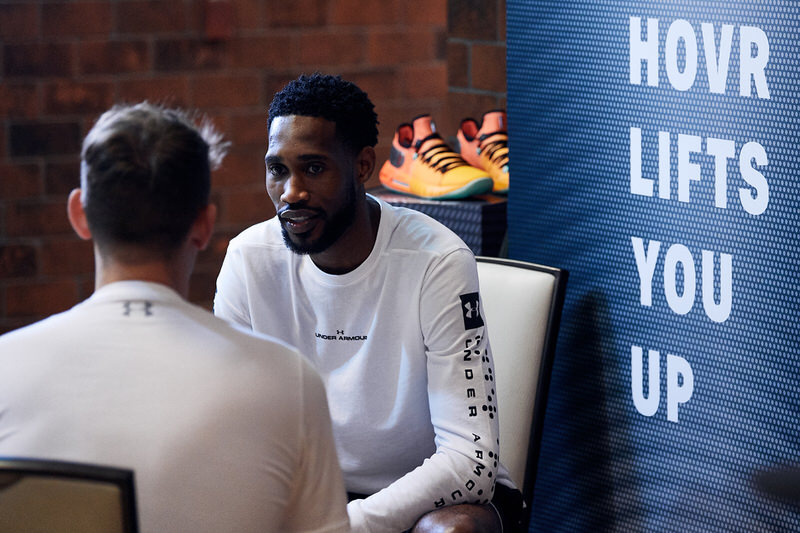 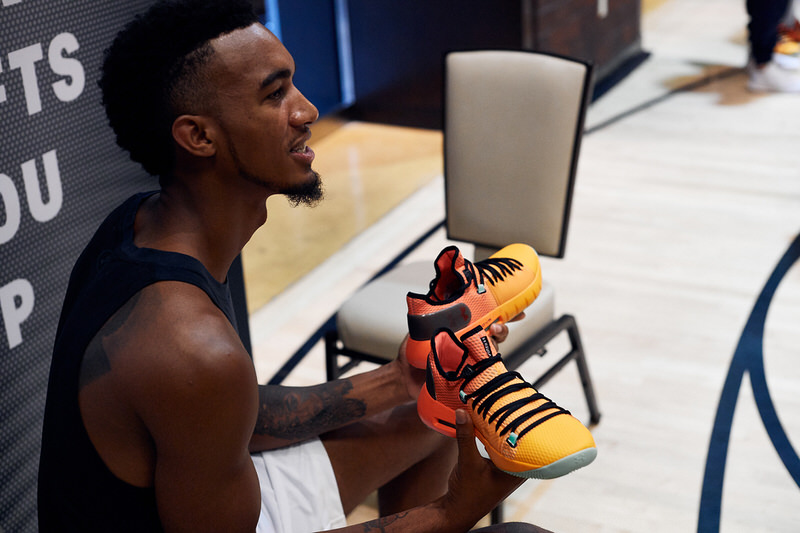 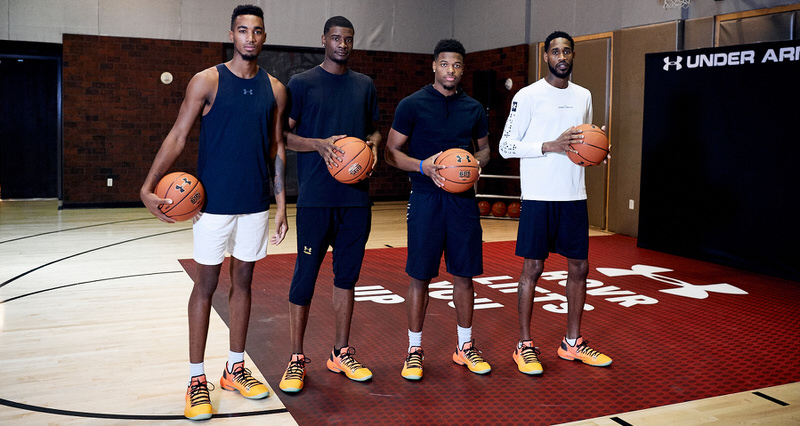