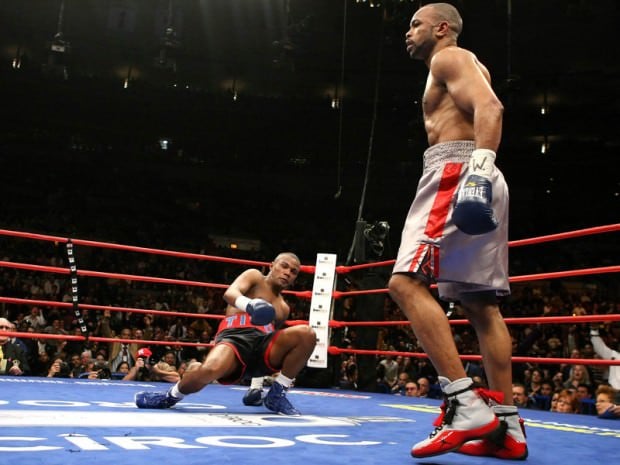 Boxing and sneakers don’t typically go together. Chances are if you’re looking at your opponent’s shoes, things didn’t go too well. During the late 90s and 2000s, Jordan Brand laced Roy Jones Jr. in and out of the ring. His 2008 bout against Felix Trinidad saw Jones take home the prize in a White/Red colorway of the Jordan Boxer with matching Jordan shorts. Not only did he win in style, but he also became the first former heavyweight champion to make a successful comeback at 170 lbs.