Pharrell Williams‘ long term partnership with adidas has been far more expansive than all others. Globally, his releases resonate culturally with an intimacy and density few others have. Yes, that includes Kanye West.

While many of West’s releases have proved more popular, Williams has cemented himself as a true global citizen by reaching to multiple continents and leaning into indigenous cultures to creatively fuel his vastly impactful sneaker and apparel offerings.

With a tight gaze set on India for his Holi festival focused collection, to France for earlier Jacquard fashioned Stan Smiths, and to China for symbol heavy iterations of introductory NMD Hus, Williams’ pointed effort to drive creativity through both progressive and tradition centric regions is felt in everything he does. Next, he looks to East African culture to brighten the essence of his “Solar Hu” Pack.

A people and a culture ingrained in the serenity and meditative nature of running, East Africans equally express their heritage through rich patterns and hues colored in emotion. Williams explores that sentiment in the whimsical “Solar Hu” Pack, while smartly juxtaposing modern advancements in running that include adidas Boost cushioning and Primeknit fabrication.

Canvasing the globe for inspiration and giving back to those cultures by honestly and with purpose telling their stories through budding aesthetic dialect, Williams effortlessly stands in servitude as he leads in design progression.

The Pharrell x adidas “Solar Hu” Pack — with the accompanying Tennis V2 and apparel set — lands at global retailers and online on August 18. 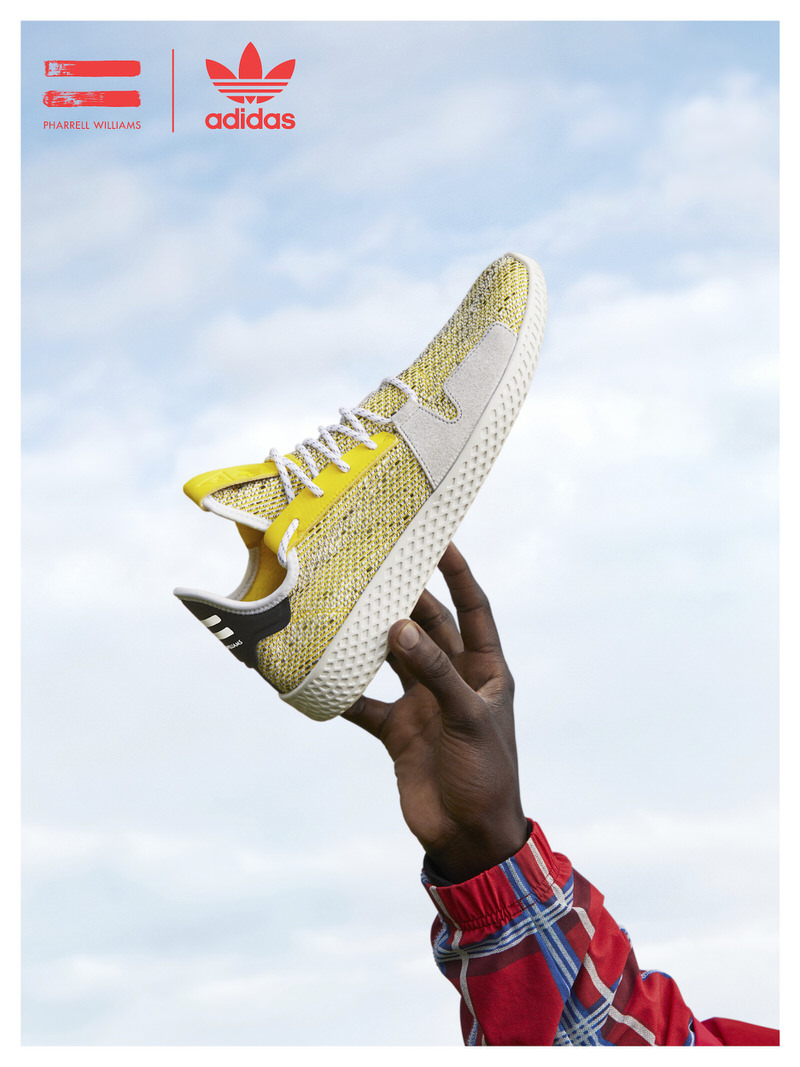