In the early ’90s, during the infancy of now one of the world’s largest companies, Apple, the wildly ambitious tech start-up was largely inclusive in its dealings. For one, Steve Jobs, the adored founder was a New Balance 992 lifer. Yet to brand his budding company, Apple creating a shoe in its likeness that became one of the most desired cultural relics of its time.

Only reaching the prototype stage, and worn singularly by a select few within the company before essentially being shelved, the mall walker was, at the time, nothing to give a second thought to. Yet as sneaker styling slowly turned back to that era, it became something of a phenomenon. It was the ultimate dad shoe. And for an industry fixated on styles with that same orientation, it quickly transitioned into the holy grail of dad shoes fetching upwards to $30,000 online for the very few deadstock pairs in existence.

Concepts comes together with elusive Parisian luxury walking shoe stalwart Mephisto for our second collaborative project. Revisiting the classic Match model, we pay homage to the early days of personal computing. Sizes 7-12, 13 will be available Friday, April 19, 2019 in our New York location and CNCPTS.COM at 11:00AM (EST) for $390

While Apple itself has never recreated the shoe in-house, footwear brands have certainly leaned into its style and likeness. In the not-so-distant past, Versace previewed a sneaker very similar to the Apple pair. They, of course, replaced Apple with Versace branding, but otherwise, it was an eerily close one-to-one. 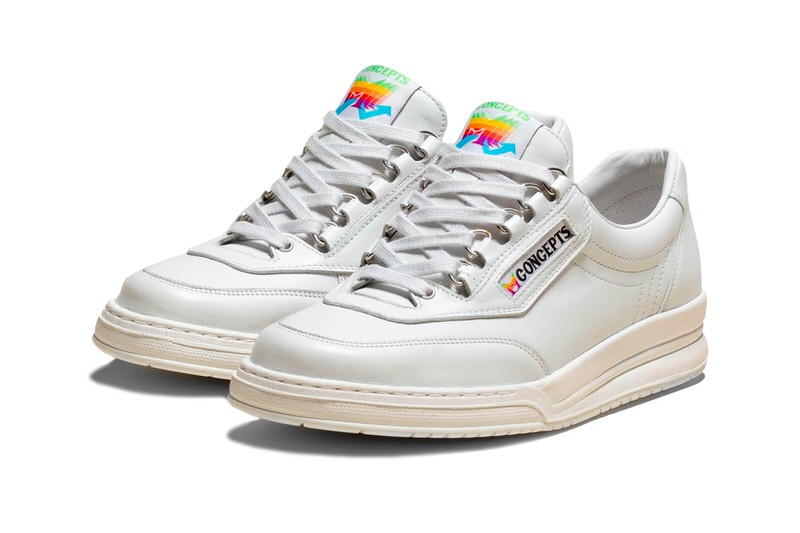 This pair isn’t exactly an a-alike in the sense that Salehe Bembury of Versace design was. It’s a bulkier style with enhanced molding and shaping, although still arrives in a similar space as the timeless ’90s design. This pair is also done in premium materials, adorned in a high-grade leather and an ultra-chunky midsole.

There are, too, remnants of the classic design through the iconic rainbow logo. Yet much of this recreation is meant to serve a much younger and street savvy audience. In essence, it’s meant to serve the computer age while paying tribute to the earliest moments of personal computing. 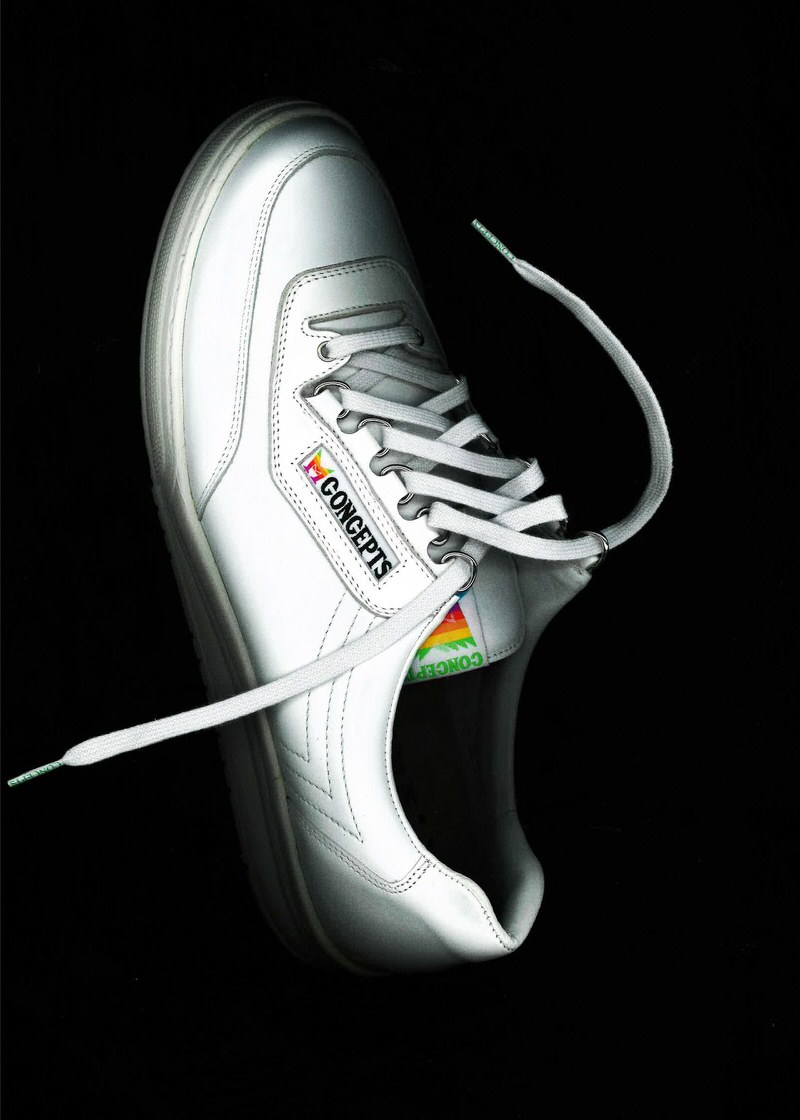 Look for the Mephisto x Concepts “Apple” sneaker on April 19 for $390.