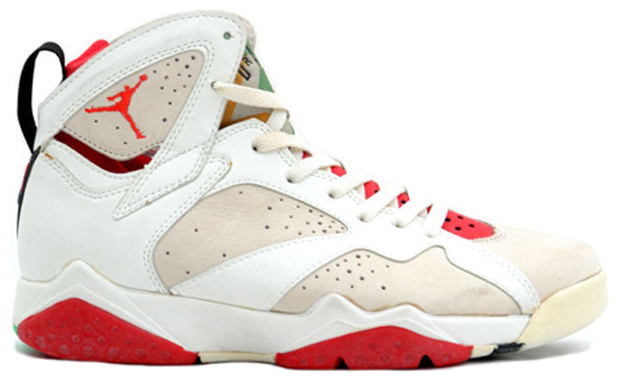 Some would say the Air Jordan 7 ?Olympic? caused as many lines as it did yawns. Yes, there?s no denying the nostalgia and beauty of the Dream Team jewel, but what good is a jewel that isn?t precious? The third retro release in a less than eight-year span felt a tad too soon to some. That leads us to this request.

The Air Jordan 7 ?Hare? is do for a re-retro. It?s 2008 release came with a package price tag and quality that has since been surpassed by JB. We?re buggin? for this funky OG to return, bring ?em back!