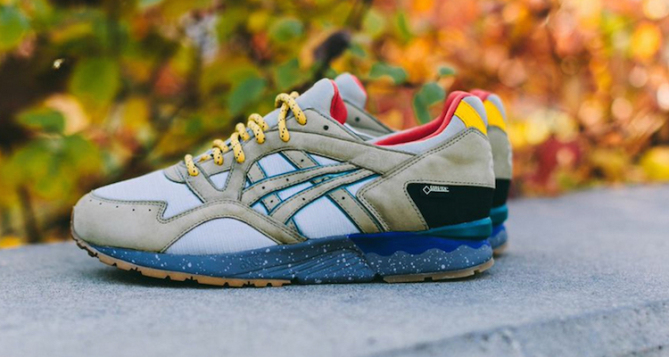 Adding to its lengthy resume of collaborations, Bodega has partnered with ASICS to outfit the Gel Lyte V with a Gore-Tex-infused makeover. Boasting a lively palette, this weather-ready variation also comes with an individually numbered bottle, $100,  a mixtape, and is housed inside a Bodega-branded case. Having kicked off its six-city drop in Boston, New York is up next followed by Los Angeles on the 15th, London on the 19th, Sydney on the 22nd, and Tokyo rounding things out on the 26th. Check out some detailed shots of the Bodega x ASICS Gel Lyte V, courtesy of @sklvr, and keep checking with Nice Kicks for any and all release updates.