California’s BAIT is known for their collabs taking on the silver screen. From Kung-Fu Panda to Transformers, the Left Coast retailer has delightfully brought two mediums together. Adding to the entertainment while taking to the telly, BAIT adds to their catalog with a Breaking Bad collab that we can only dream of Heisenburg rocking.

Presenting the BAIT x Breaking Bad x Clarks Wallabee. First off, the “Felina” colorway is dressed in deep red suede that gives the Wallabees a blood soaked impression, a full embodiment of the bloodshed that goes down in the final minutes of the series finale episode. Secondly, the “Blue Sky” theme should be familiar to even the most casual of fans, cooking up the Wallabee in a luxurious crystal blue suede upper, while a contrasting navy crepe sole runs along the bottom.

“Felina” and “Blue Sky” will release on Thursday March 23rd at the BAIT x Breaking Bad release party at the BAIT Melrose chapter store from 7pm-10pm.

“Blue Sky” will be available at all BAIT chapter stores on Friday March 24th.

Sign up for both colorways via online raffle now by going here and peep the imagery below.

Supreme and Clarks Team Up On Woven And Tonal Wallabee 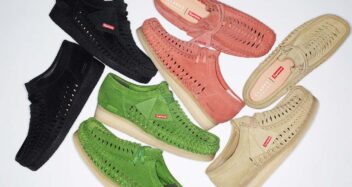 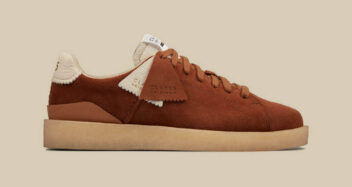 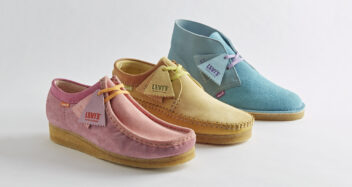 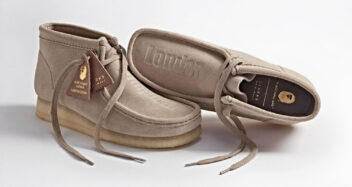