In his impressive prime, Allen Iverson was one of the most polarizing and exciting player the NBA has seen both on and off the court. The 2016 Hall of Fame inductee nicknamed The Answer dominated the league over the course of his career, and was an 11 time All-Star in his 14 years playing.

Popping up courtside last night in Charlotte, we take a look at the complete history of Allen Iverson’s sneakers from all his All-Star Weekend appearances. 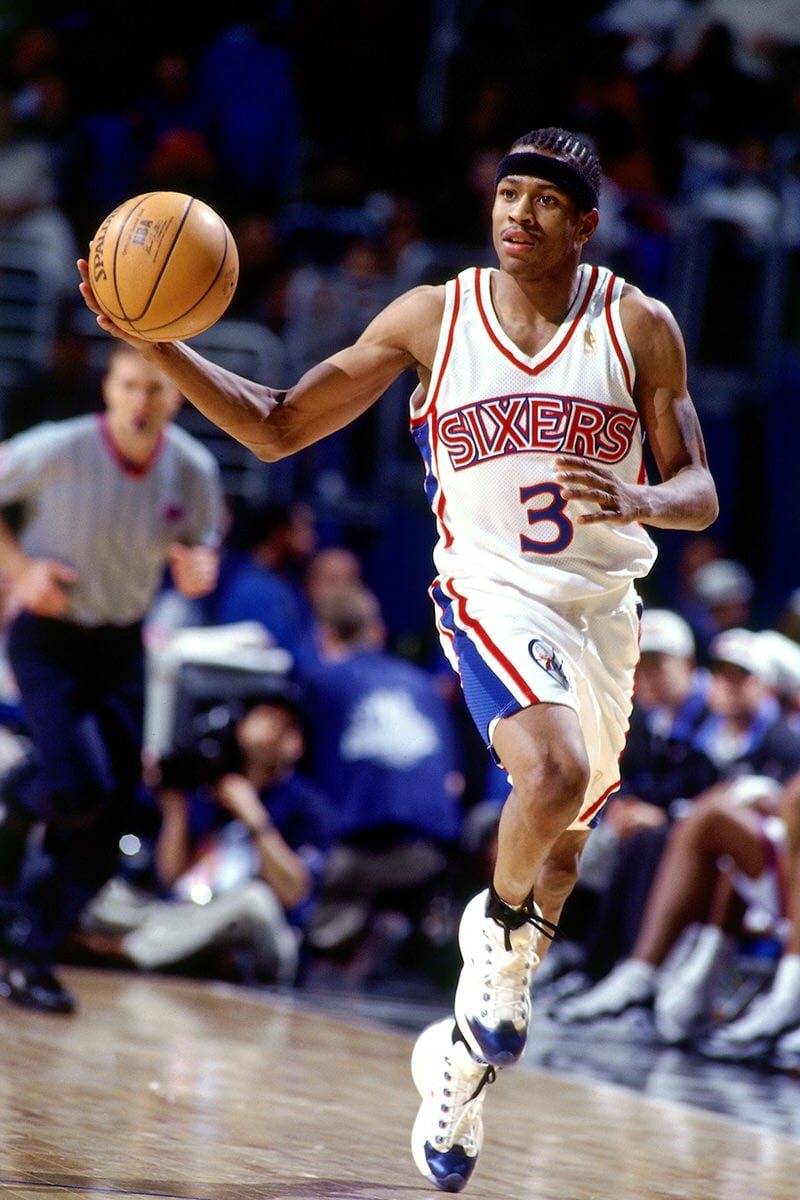 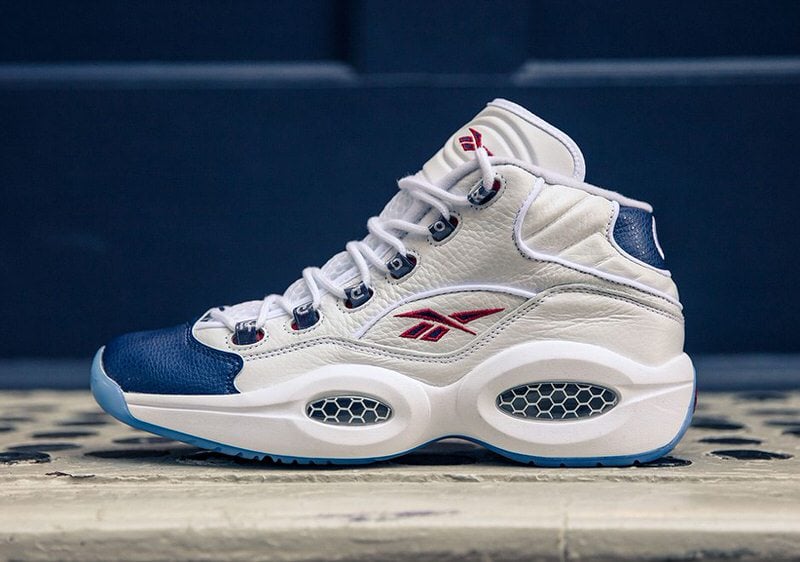 AI made his ASW appearance at the 1997 NBA Rising Stars Game while rocking his first signature and most iconic silhouette, the Reebok Question. He led the East to a win and won the MVP of the game. 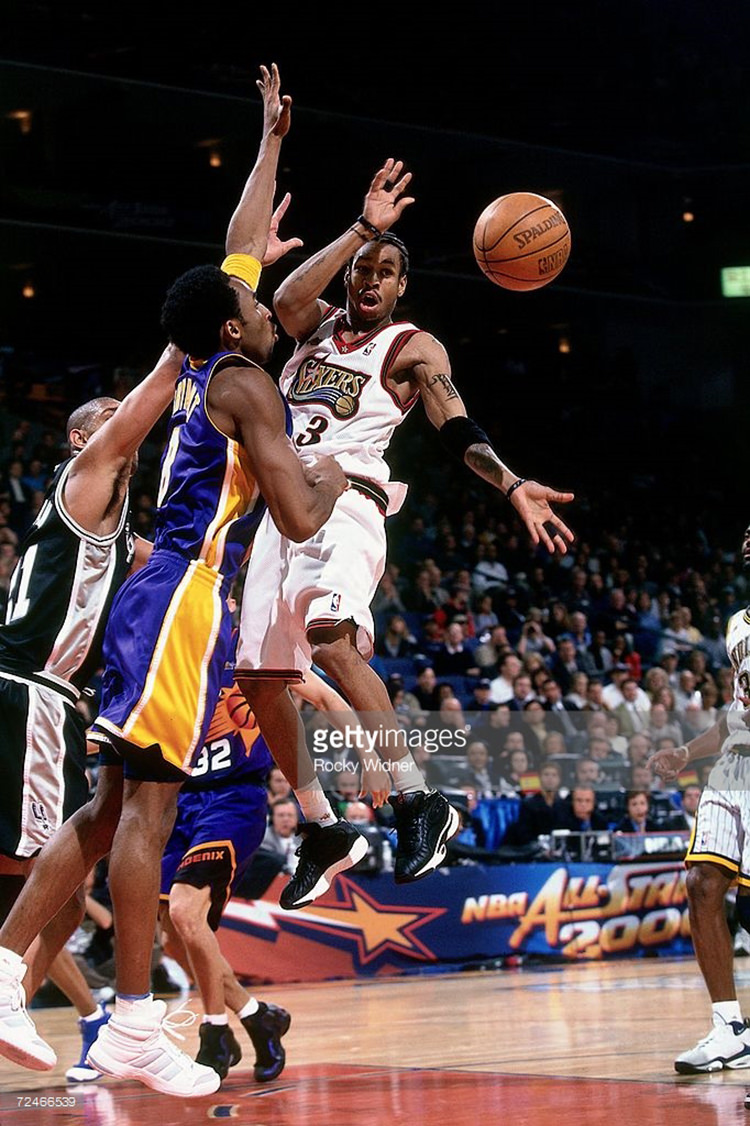 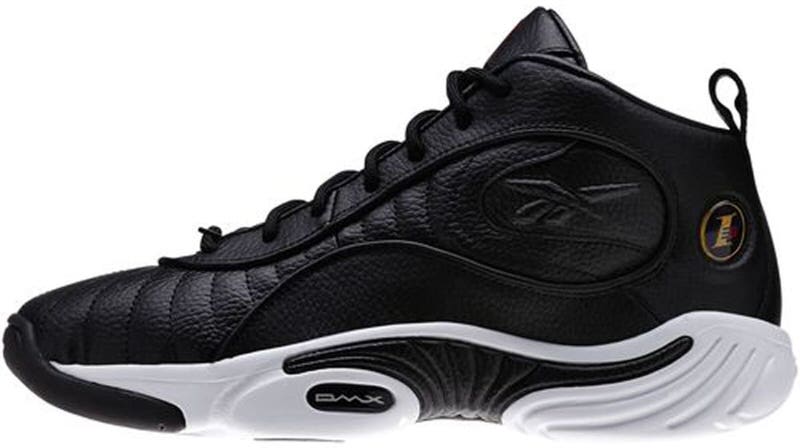 Allen Iverson made his All-Star debut at the 2000 NBA All-Star Game in Oakland, California. Reebok initially wanted AI to rock a pair of ASG exclusive Questions. The concept was for Allen to wear Questions that went with the host city’s team colors. However, he opted with the Reebok Answer 3 in which he led the East All-Stars with 26 points. 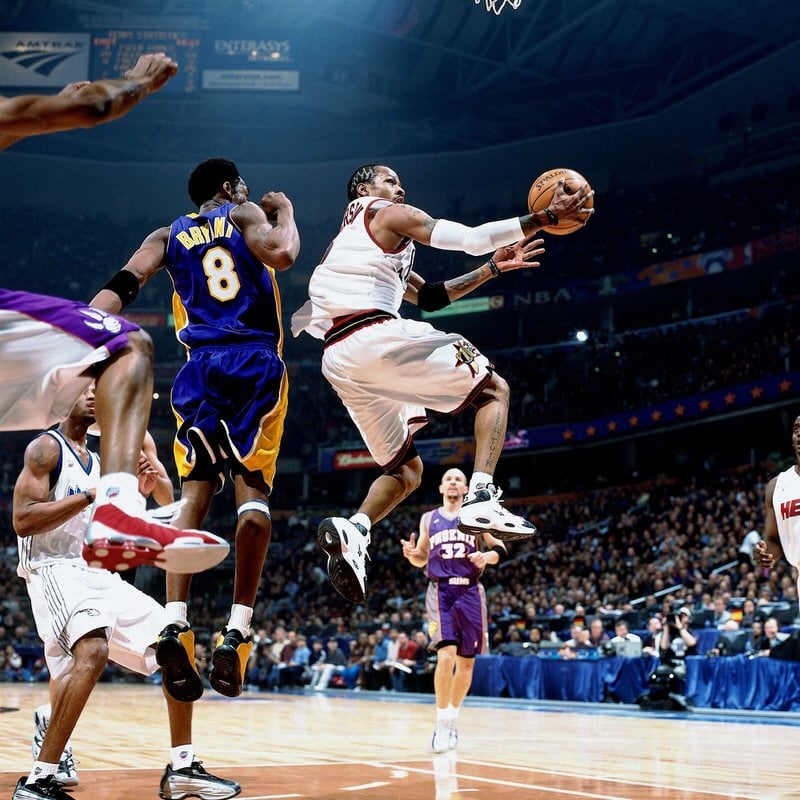 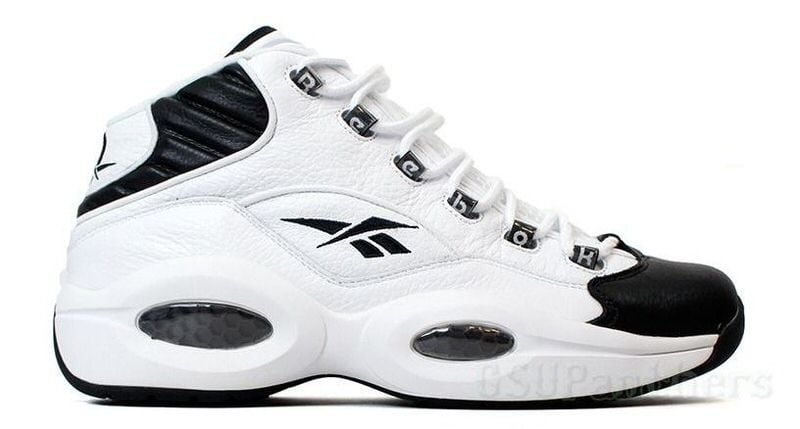 Allen Iverson’s historic 2000-2001 NBA Season saw him win the league MVP as well as leading his undermanned 76ers team to the NBA Finals. AI dominated the league primarily in the Answer 4 but switched it up during the 2001 NBA ASG opting to go with the Question in the black and white colorway. Nobody could stop the Answer as he won the MVP of the All-Star Game to cap off the midpoint of his spectacular season. 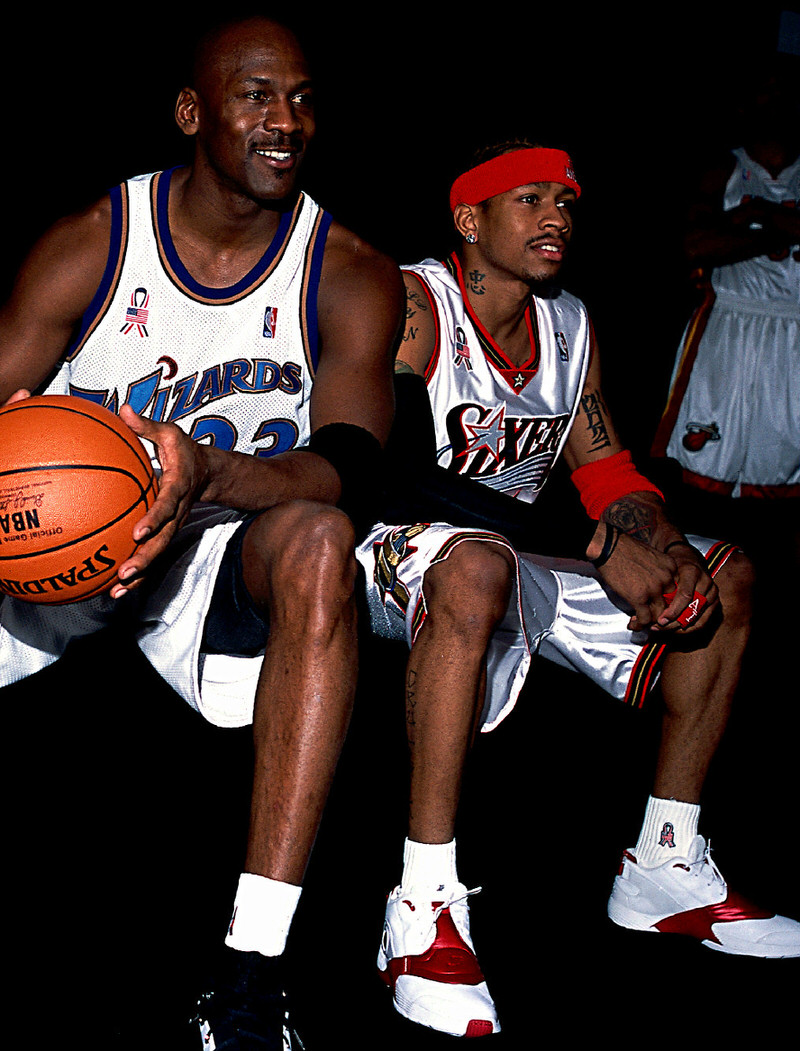 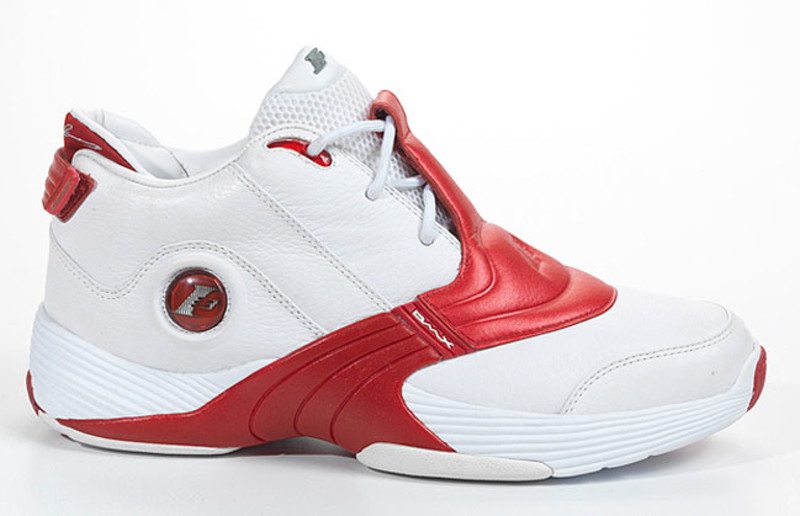 Expectations were high for the Eastern Conference All-Stars with the triumphant return of Michael Jordan teaming up with the Answer. The 2002 ASG was held in Philly in which Iverson wore the Reebok Answer 5s in the White/Red colorway. This sneaker was one of the lightest and featured a hook-and-loop heel strap. 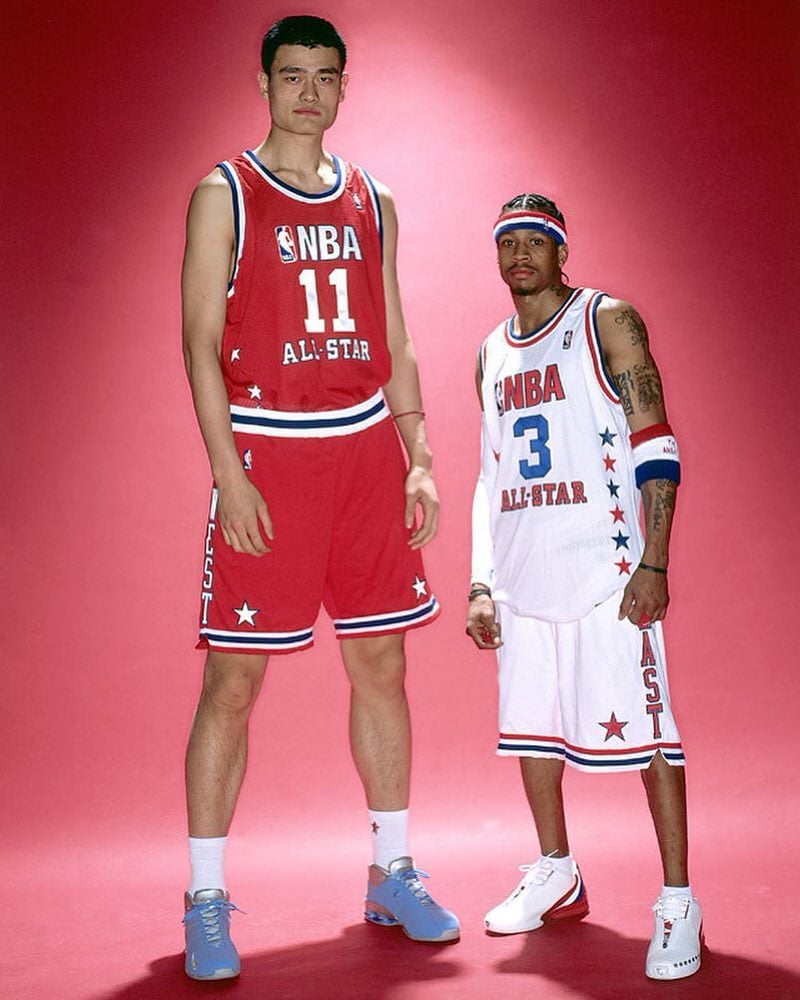 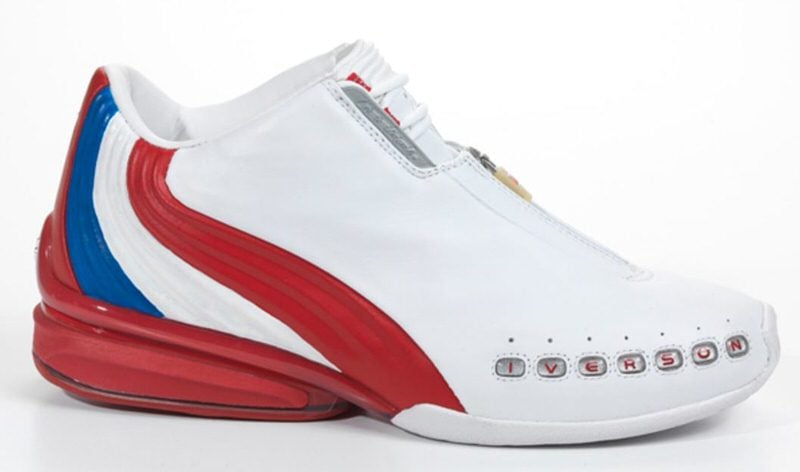 Once again The Answer led the East in scoring while donning the Reebok Answer 6. The Answer 6 was quite the change from his previous signature models. The sneaker featured a zipper shroud and got rid of the DMX functionality. The ‘Iverson’ detailing on the toe gave the shoe a nice pop. 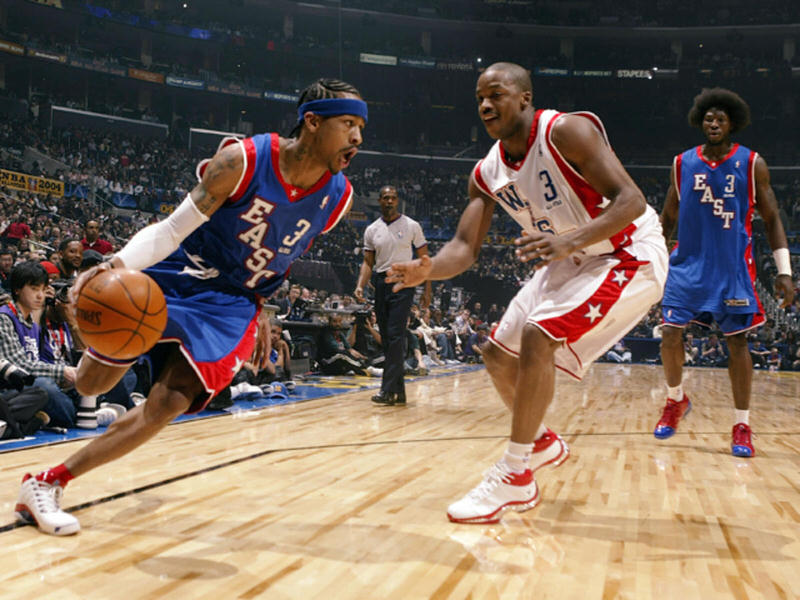 AI did more dishing than swishing in the 2004 ASG leading the East in dimes while sporting the Reebok Answer 7. The Answer 7 saw the return of the DMX. These 7s came equipped with the trademark cushioning system along with duracourt rubber on the outsole. 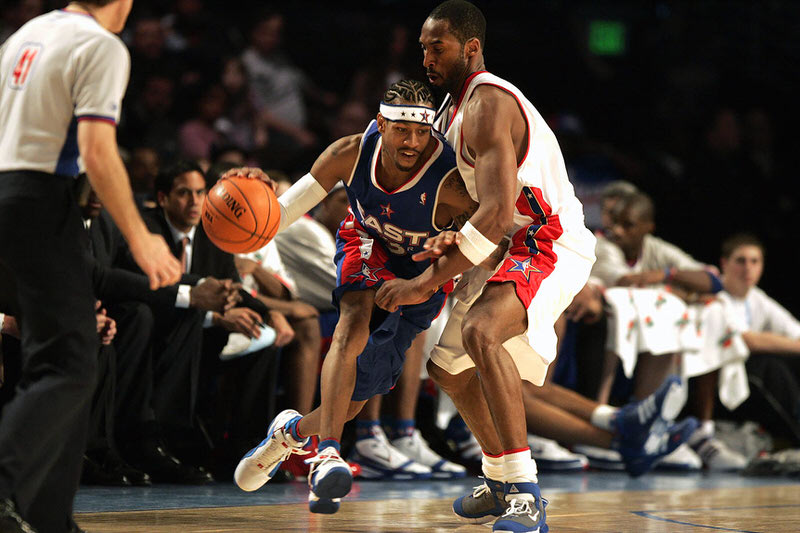 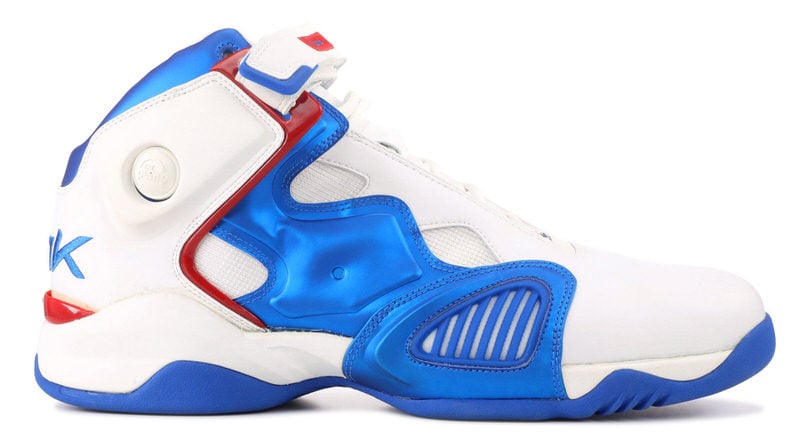 The Eastern Conference All-Stars finally reclaimed victory after a three year drought. Iverson filled up the stat sheet and won MVP honors while rocking the Allen Iverson x Reebok ATR Pump. These sneakers came equipped with a heel pump mechanism that filled with air every time The Answer took a step. 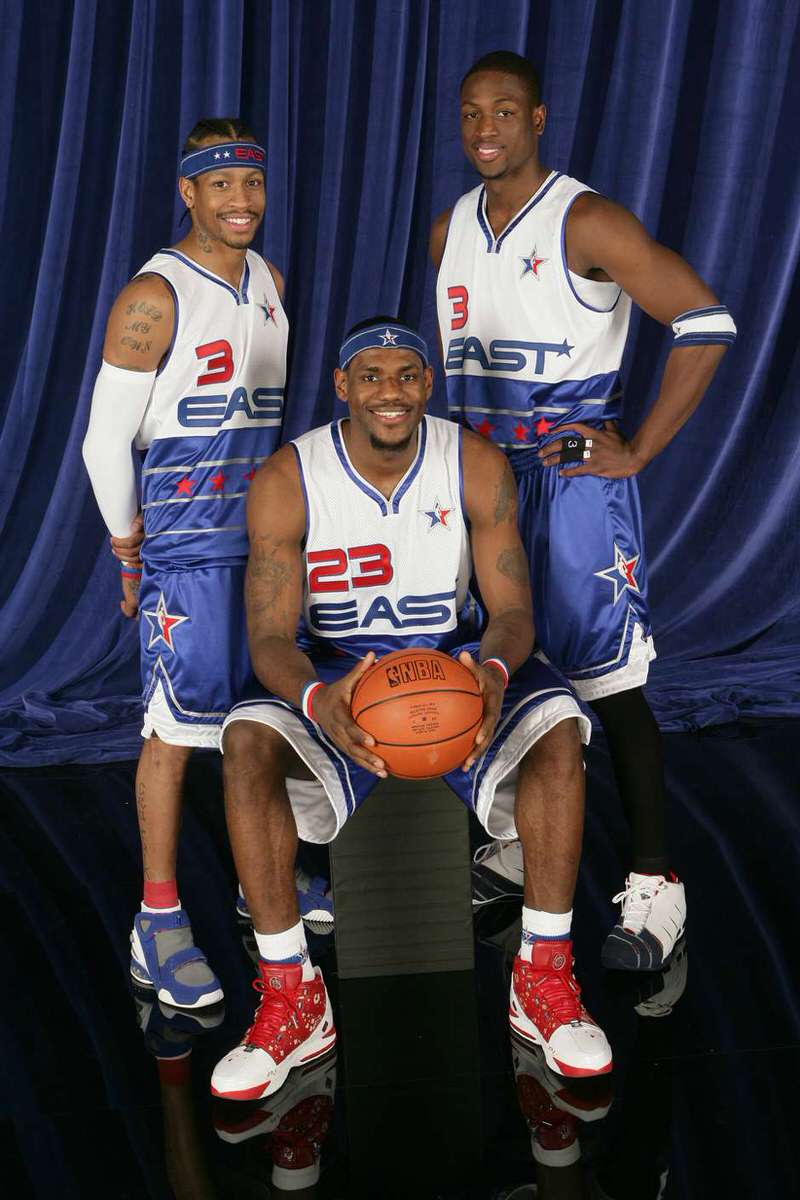 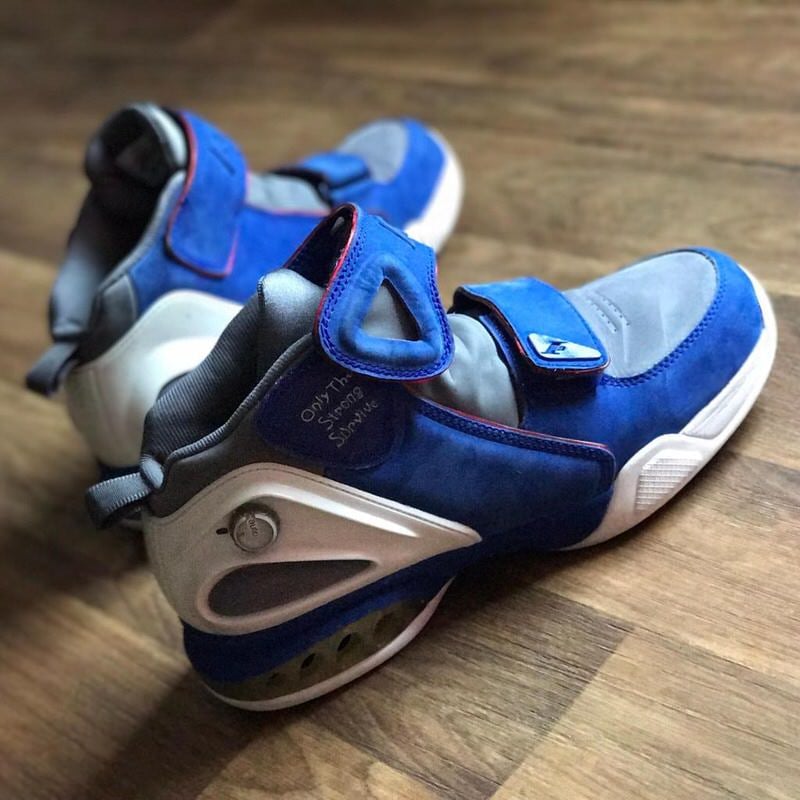 2006 saw another victory by the Eastern Conference All-Stars in which AI rocked the Reebok Answer 9. The Answer 9 was much heavier and bulkier than its predecessors. Nonetheless Iverson cruised past his opponents. 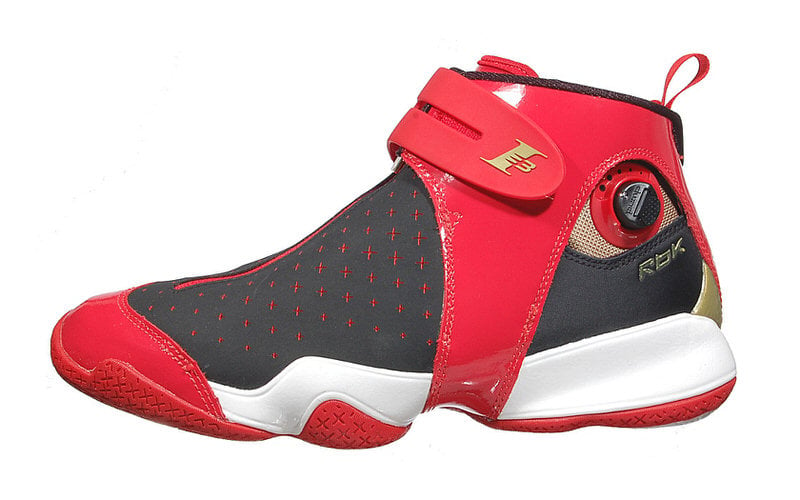 Year: 2007 NBA All-Star Game
Stats: Did not play due to injury

Iverson was traded to the Denver Nuggets during the 2006-2007 NBA season. He did not play in the 2007 ASG due to an injury and was eventually replaced by Ray Allen. The Reebok Answer 10 most likely would have been the sneaker he donned in the game. 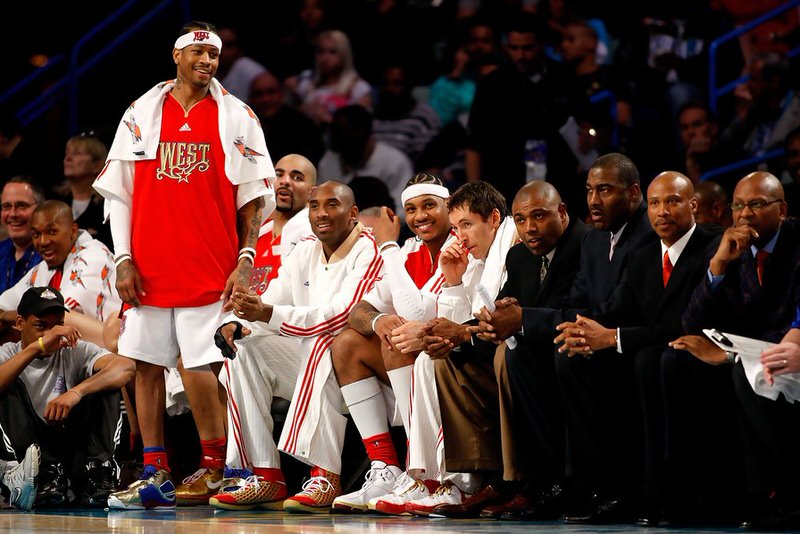 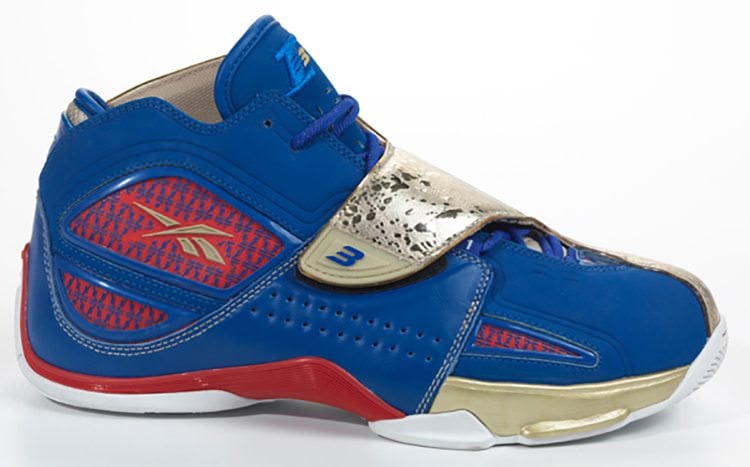 Reebok went for a much sleeker look with the Answer 11 and created several bright colorways during his season with the Denver Nuggets. During the 2008 ASG AI rocked a blue and gold colorway that certainly caught everyone’s attention. 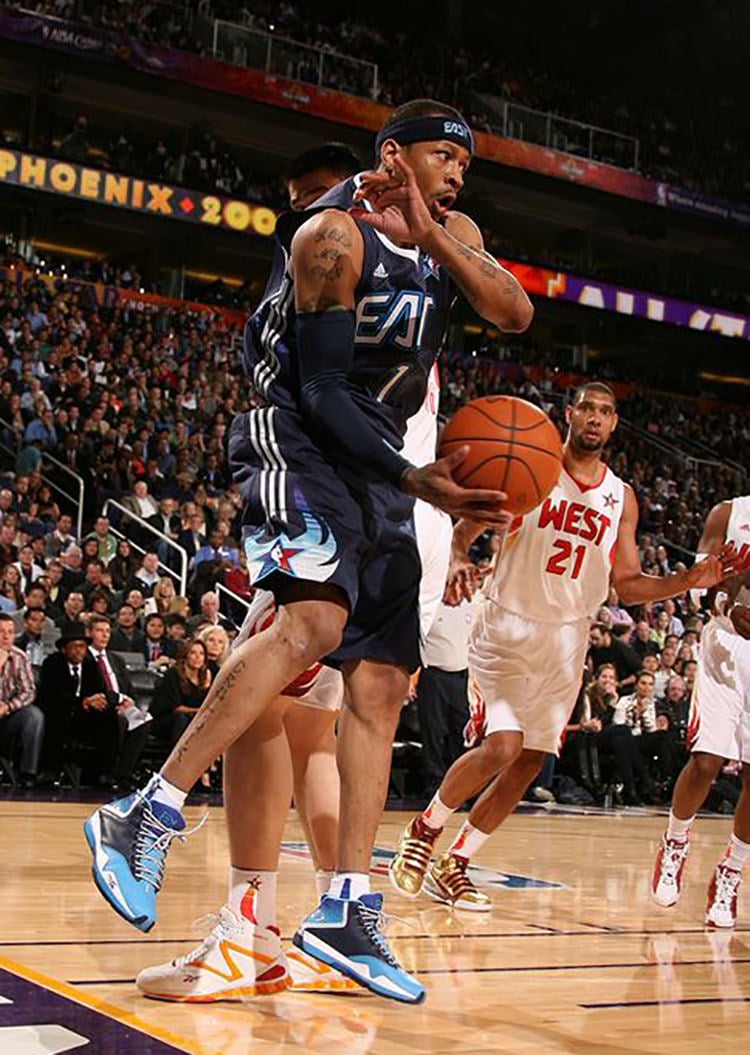 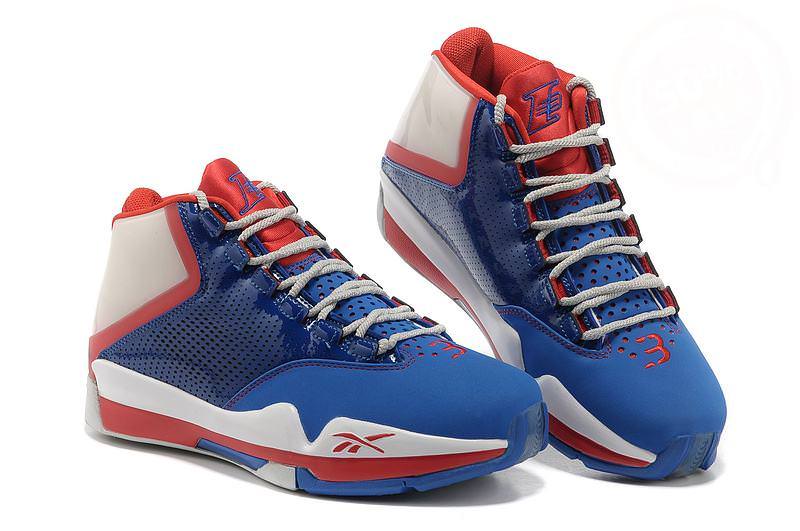 In 2008 you saw Iverson get traded from the Nuggets to the Pistons. Despite his down year, AI remained a fan favorite and was voted as a starter for the Eastern Conference. Initially, the Answer 12 had Iverson fans intrigued with its sleek and colorful look in the Nuggets colorway. Reebok had to scramble to adjust the silhouette once The Answer was traded to the Pistons. AI rocked the Answer 12 that matched his All-Star uniform during the 2009 ASG. 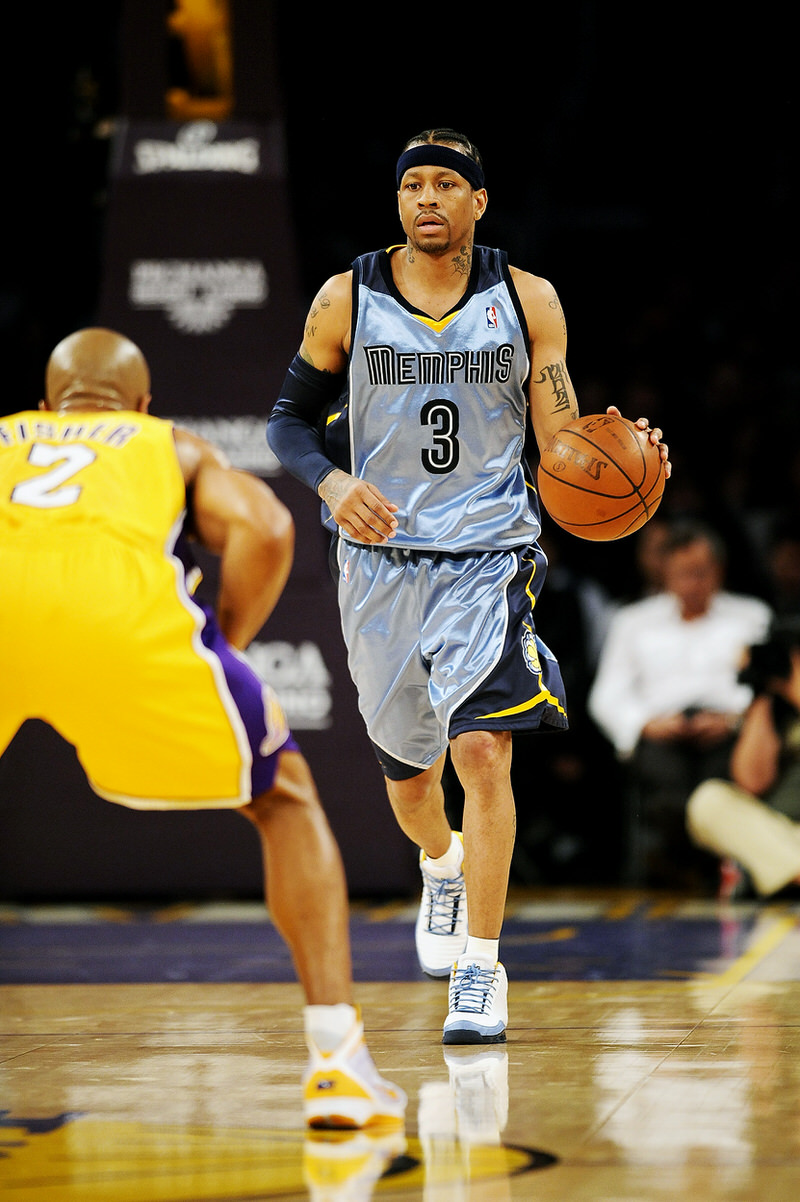 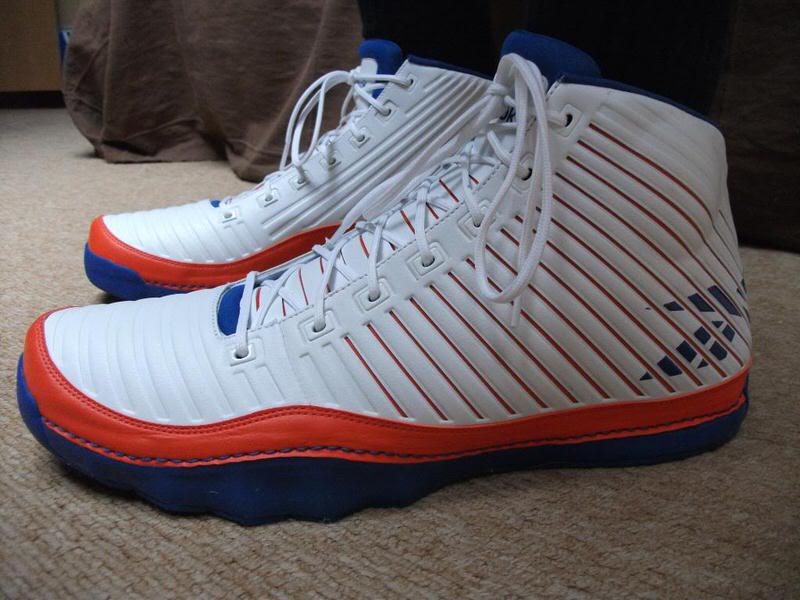 Year: 2010 NBA All-Star Game
Stats: Did not play due to injury

In his last season in the NBA, AI was named to his 11th All-Star appearance where we saw Iverson return to the 76ers. However, he left the 76ers indefinitely to care for his daughter who had health complications. Many would assumed he would have worn a pair of the Reebok Answer 13 the last of his signature sneaker during his playing tenure.