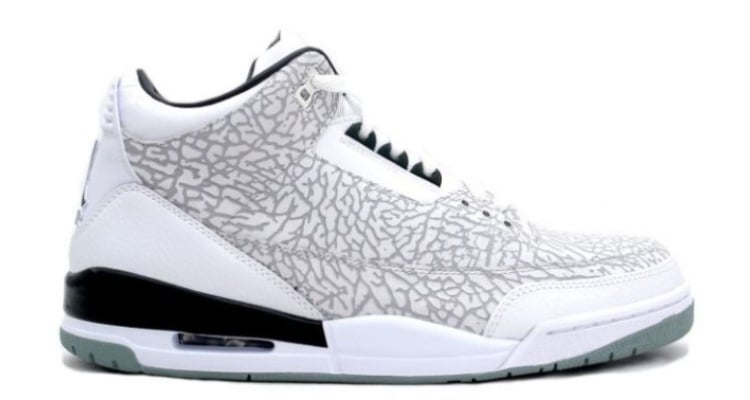 The “Flip” Air Jordan 3 retros were somewhat of a shock when first seen. Leading up to the Jordan 3’s comeback, Nike SB as well as other brands started bringing back elephant print. For some, the inversion of white leather with the elephant print was just too much, but for others, the shoe was perfect. Sure to catch attention just because of its unique print, Jordan Brand took things a step further with chrome accents and a leather lined interior.

These retro Air Jordans released the same day as the Fire Red Jordan 3’s and according to some, stole the show in the process. At a time when Jordan Brand was releasing one general release and one Lifestyle release, these fell into another category of “limited general release”. They were not as widely available as the Fire Reds, but attainable at doors other than Jordan Lifestyle retailers.