This week, Will Smith, one of society’s very first non-athlete sneaker icons and fashion influencers, celebrated his 50th birthday by bungee jumping out of a helicopter. Today, we take a fresher approach to Throwback Thursday and pay our respects to the man, actor, and fashion icon. We invite you to chill out and relax as we discuss sneaker history and pay tribute to the “Grape” Air Jordan 5. 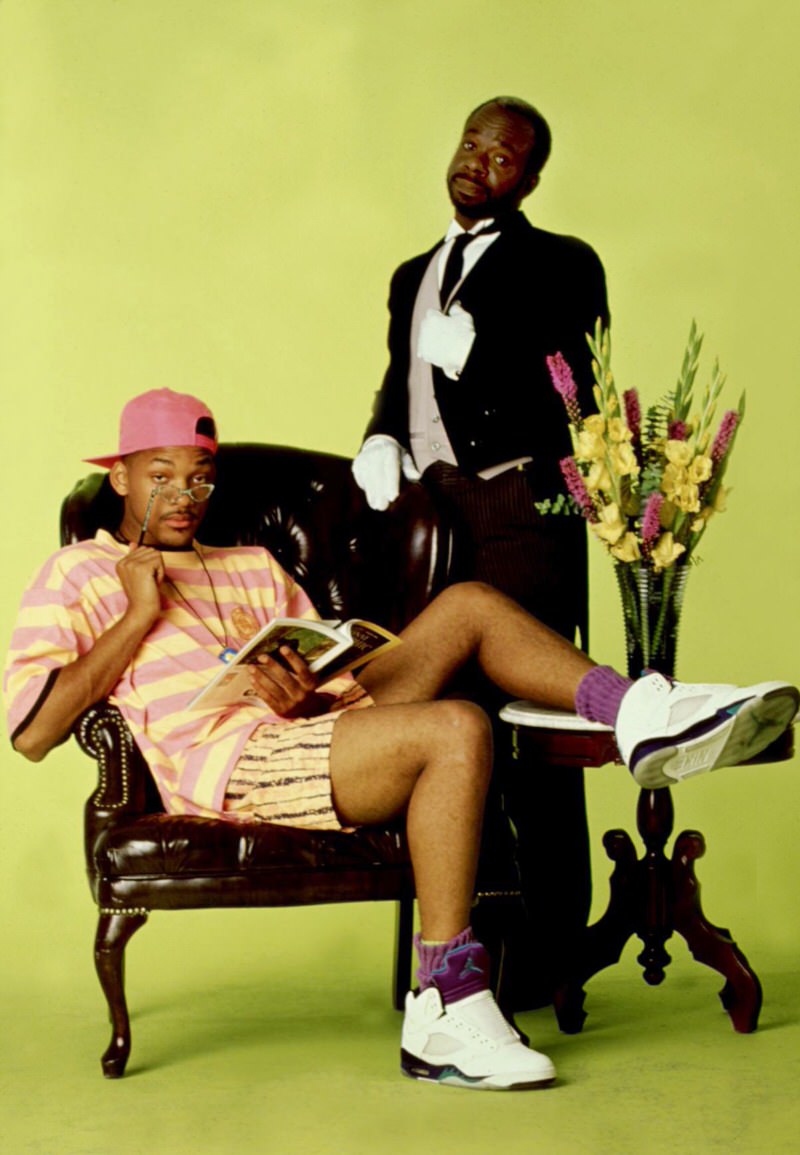 The world, society, and sneaker culture were much different back in 1990, particularly regarding the design process and sneaker technology employed at the time. At the turn of the decade, sneakers began using large-volume visible heel and encapsulated forefoot air sole units, translucent outsoles, intergalactic circular tread patterns, Dynamic-Fit sleeves, higher cut profiles for ankle support, bright, loud colorways, and a variety of designs, materials, and textures, to name just a few of the stylistic cues, differences, and influences of the time in fashion and footwear. Sneakers, both then and now, not only served a function, but also served as extensions of a player’s unique, individual, and dynamic personality.

This assertion is perhaps best observed and illustrated in the Air Jordan series, the most popular and iconic sneaker line of all-time, with the Air Jordan 5 arguably as one of the most popular Jordan silhouettes of all-time. Designed by Tinker Hatfield, the Air Jordan 5 debuted in 1990 in three original colorways, two of which were worn on the NBA hardwood by Jordan, complete with custom PE embroidery of his #23. However, the third and final OG colorway, white/grape ice-new emerald, affectionately referred to as “Grape”, was seen only sparingly which graced both the cover of a Wheaties Cereal box, Fall 1990 Flight Collection brochure, and on the feet of three legendary early 90s comedians – Jerry Seinfeld, John Goodman, and The Fresh Prince of Bel Air himself, West Philly’s finest, Will Smith. 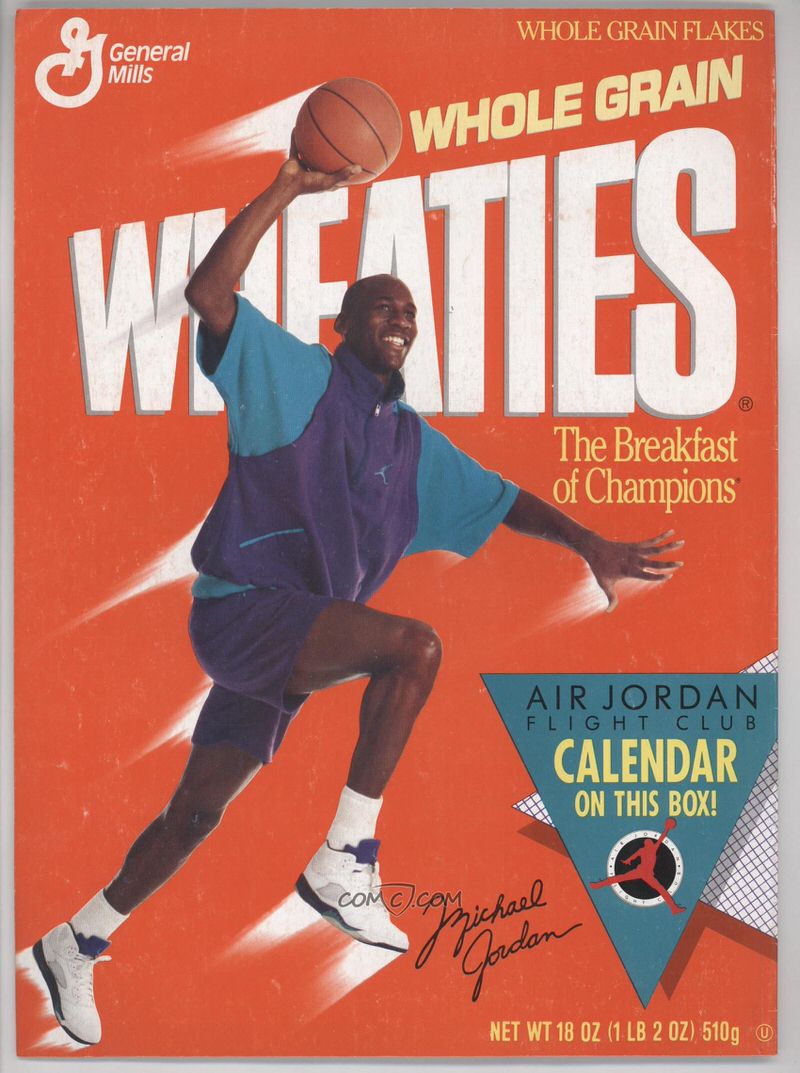 The Jordan 5, by virtue of Tinker’s creative genius and MJ’s dynamic and vibrant personality, catapulted the Air Jordan line into the 90s and served as a pioneering and trendsetting model for the Air Jordan signature line for a variety of reasons while incorporating design cues from previous models. Like its predecessor, the Jordan 5 utilized mesh panels throughout the upper on both the medial and lateral aspects of the shoe, Nike Air logo on the heel, and a large-volume visible heel air sole unit, a design feature which would be seen in Air Jordans through the 6. Additionally, the Jordan 5 employed a Durabuck upper, Dynamic-Fit inner sleeve, and a lace toggle for a nice added touch. 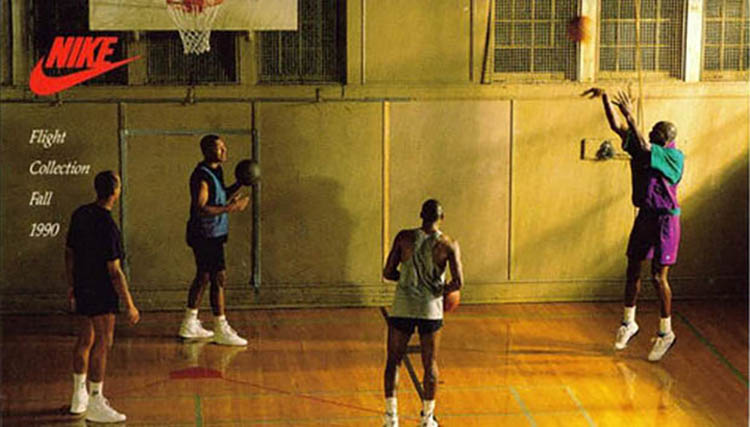 The 5 also served as a stark departure in Air Jordan sneaker history. For example, the tongue of the shoe did not include the word “Flight” under the Jumpman logo which was seen previously. Additionally, the Jordan 5 employed 3M reflective piping on the tongue, further adding to the silhouette’s sense of flash, style, and pizzazz. Finally, the Air Jordan 5 is also largely known for its use of a translucent outsole, a design first in Air Jordan history, in addition to its “shark-teeth” pattern along the midsole, an ode to the painted nose art of World War II fighter planes.

In 2006, Jordan Brand released an Air Jordan 5 LS “Grape” which featured a Jumpman along the heel and the word, “Jordan” along the outsole. Later, in 2013, Jordan released the Air Jordan 5 “Bel Air” which paid homage to the iconic TV comedy, The Fresh Prince of Bel Air. In addition, they also brought back the “Grape” 5 as well as a new “Black Grape” colorway.

Years later, and after much anticipation, the Air Jordan 5 Retro NRG makes its long-awaited retro in a near-OG correct Grape colorway, complete with Nike Air branding. Only this time, however, the model will be slightly transformed – without lace holes and eyelets – another design cue and tribute to Will and his role of Fresh Prince – who at times rocked his pair of OG Grape 5s on the show without laces. While some endorse an “if it ain’t broke, don’t try and fix it” approach, this new and bold design move by Brand Jordan has been met with controversy by purists in lieu of the original laced version. The sneaker also features a Fresh Prince-inspired multicolored graphic insole as well as the words “West Philadelphia” on the inside of the tongue, serving as yet another Will Smith reference to where he spent most of his days. Perhaps one day, Nike will bless the sneaker community with a near-OG correct Grape 5 complete with both Nike Air branding and lace holes. 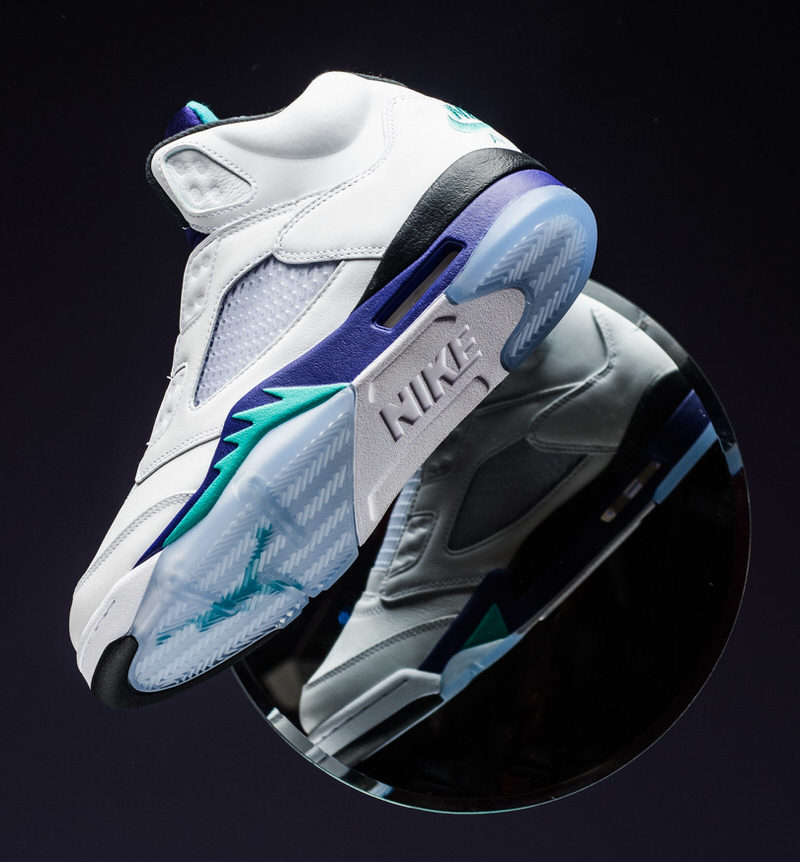 Nonetheless, the Air Jordan 5 in its original grape colorway remains as one of the most iconic models and colorways in Air Jordan sneaker history, evoking feelings of deep nostalgia. How fitting and perfect a collaboration between Air Jordan and The Prince of Bel Air, Will Smith, who served as one of the first non-athlete sneaker influencers, a timeless, everlasting trendsetter in his own right. 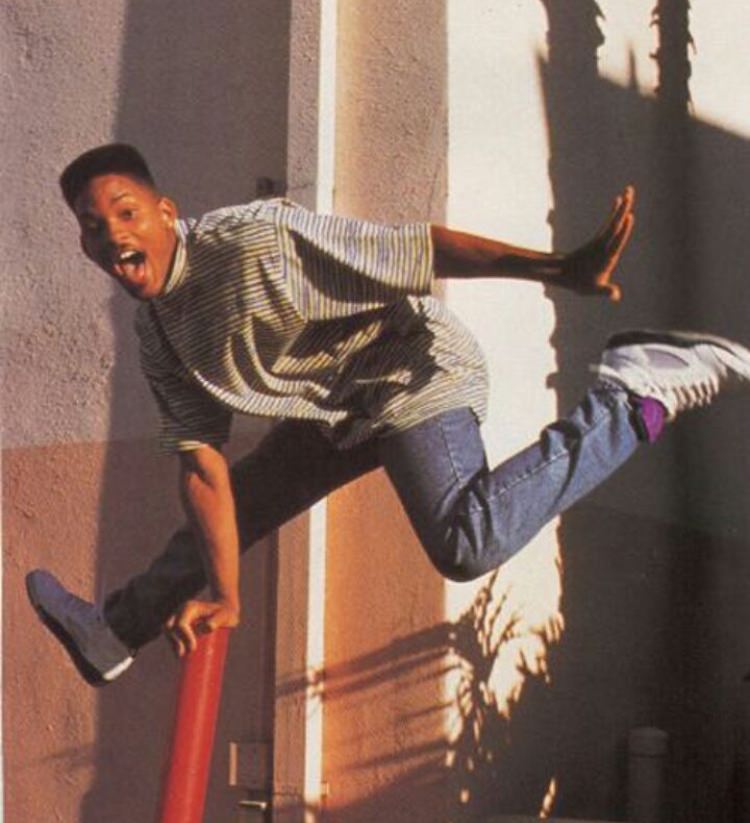 So, go ahead, sit back and unwind, and immerse yourself in the nostalgia of the “Grape” Air Jordan 5s. 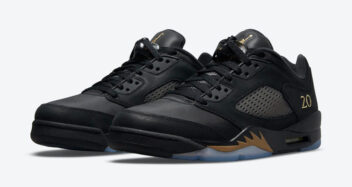 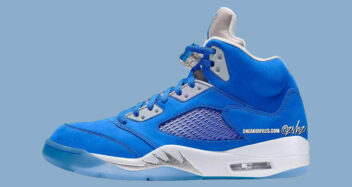 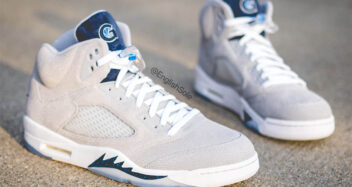 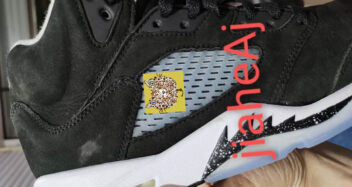