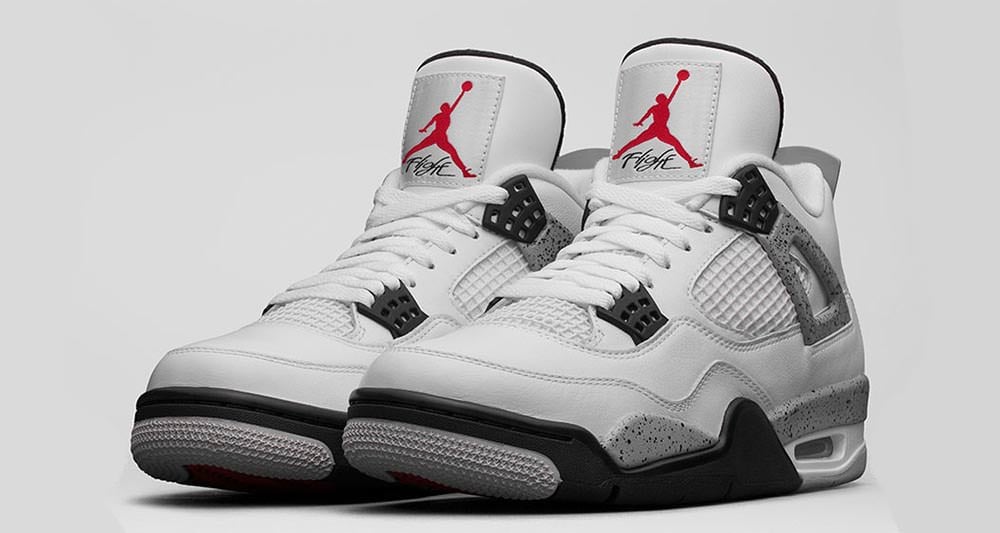 The Air Jordan 4 released in 1989 and ushered in a new wave of performance as Tinker Hatfield modified the Jordan signature shoe line. Jordan’s fourth signature shoe featured a mesh side panel, a wing lace structure, and an extended heel tab that amplified the details introduced in the Air Jordan 3.

One of the most memorable colorways of the AJ4 has to be the Air Jordan 4 “White Cement” as the white upper in tandem with the black and grey details stand out on the shoe. The pop of red on the tongue was subtle and effective with ease.

The AJ4 “White Cement” was last seen in 2016. Despite the rumors of a similar colorway in the works, it doesn’t seem that the colorway is coming any time soon. Heartbreaking news for sure.

In other news, the Air Jordan 4 “Military Blue” looks to make a return in 2021 as well.