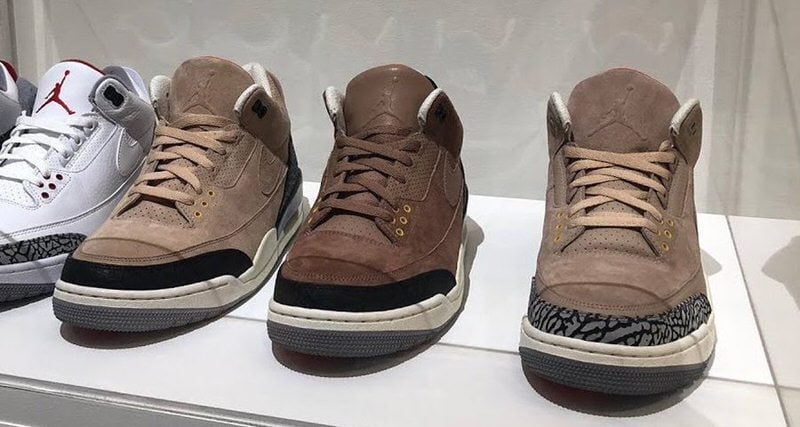 When news surfaced earlier this year that Justin Timberlake was working on an Air Jordan 3 with Tinker Hatfield, it was almost certain that the collaborative sneaker would be something of note. Now, following the official release of the Air Jordan 3 JTH, Timberlake’s rendition of the 30th anniversary style serves as one of the most popular sneakers of the year, continually selling out both when stock hits the digital space and during his pop-up shops in support of his Man of the Woods tour.

During one of the earliest pop-ups for his ongoing tour, sample iterations of Timberlake’s Air Jordan 3 were seen in shades of brown in conjunction with his album art and theme. The “Bio Beige” pair, seen below closest to the white AJ3 JTH, was initially thought to be just a sample and not for retail consumption. However, according to new reports the shoe could release this July. Jordan Brand has not yet confirmed the release of the Air Jordan 3 JTH “Bio Beige” or its presumed drop date this summer.