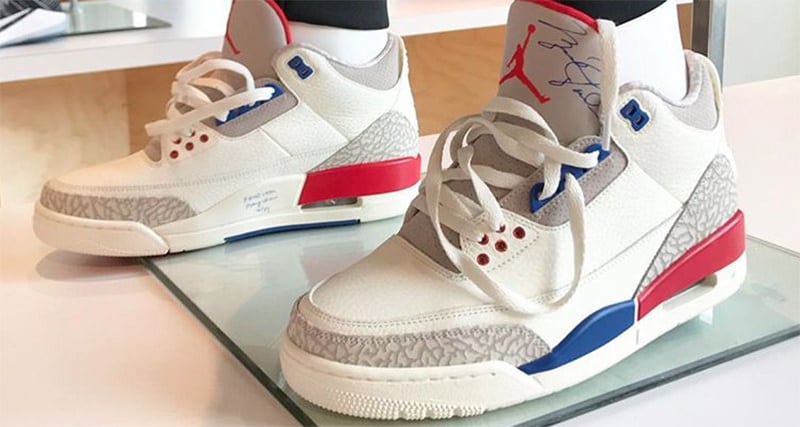 Yesterday in New York City, at the new Nike NYHQ, the company previewed many of its upcoming summer releases. Much was on hand, including Skepta’s collaborative Nike Air Max 97/BW and Virgil Abloh’s Air Presto in white. Yet even with those highly sought after collaborations on display, it was 30th anniversary Air Jordan 3 that stole the show.

While there were several pairs of 3s for show at Nike NYHQ, most gravitated towards the Air Jordan 3 “International Pack” edition. Featuring a patriotic white, red and blue basis with Cement Grey tongue and elephant printed toe and heel construction, Michael Jordan’s signature then mysteriously appears at the tongue. A story explaining why will surely be revealed soon.

It’s reported that this striking Air Jordan 3 will release in July. Keep it locked to Nice Kicks for more details.