15 years ago today, Jordan Brand brought back the ever-popular elephant print to its signature line.

They did so with the launch of the Air Jordan 19 Low in the polarizing White/Cement colorway. 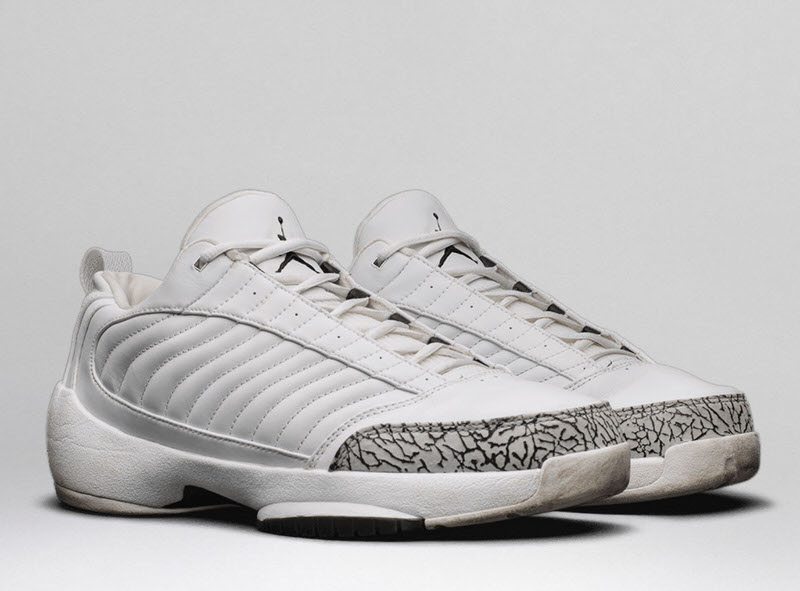 Designed by Tate Kuerbis who also made the mid, the low top version retailed for a very reasonable $115.

Packing the same poisonous African snake inspiration as its higher counterpart, the low not only dropped the top but also removed the Tech-Flex lace shroud. Zoom Air cushioning remained, proving a light and low ride for point guards not wanting all the bells and whistles of the shrouded version. Tech aside, it was its familiar accenting that made these memorable.

While the IE Low was overshadowed by its patent leather counterpart, its use of elephant print was more understated than that of the original cement sneaker – the Air Jordan 3 from 1988. 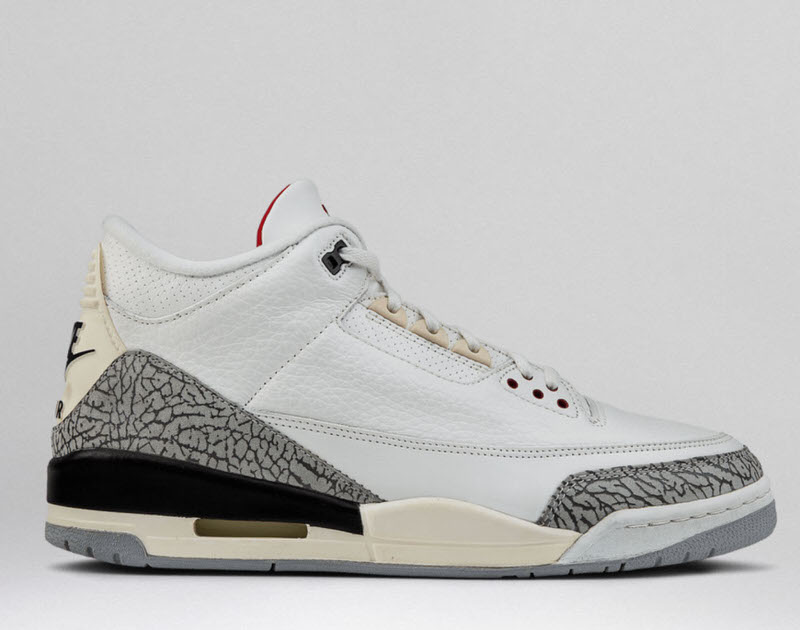 Rocking both inline releases – white/cement and black/cement – along with PE pairs with pops of purple throughout the regular season, Bibby would rock the 19 Low into the 2004 NBA Playoffs and at the start of the 04-05 season.

The PEs would differ only slightly from that of the inline.

The most famous face associated with the signature sneaker, Bibby would also rotate 19 Lows in both white and black colorways while also rocking retro PEs of the 2 Low, 12 Low and 13 Low.

Point guard peers on JB like the newly signed Jason Kidd and Gary Payton would remain loyal to the mids as would wings like Rip Hamilton and Carmelo Anthony.

While the Air Jordan 19 Low didn’t receive the hardwood love of its mid top or even SE counterpart, it did prove polarizing testing grounds for returning OG attributes to new signatures.

The first signature AJ following Mike’s final retirement for the game, the Air Jordan 19 Low was simple and sleek like many modern signatures from the Jordan line at that time but far riskier in regards to color-blocking. The homage to the AJ3 was right on time to some while out of bounds to others. LS takes in “Mocha” suede were even more panned. 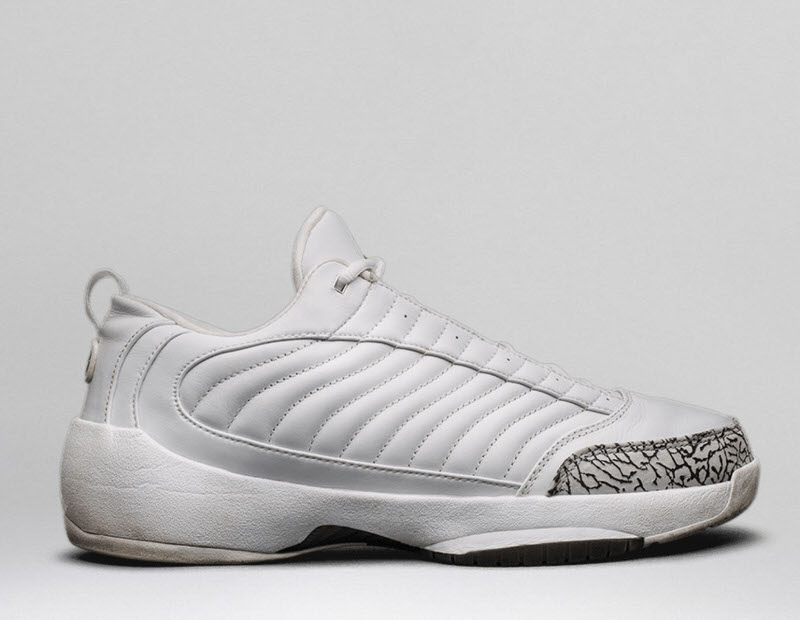 Still, the shoe serves as time stamp of a time when Jordan Brand was finding its footing with MJ out of the game. In hindsight, their athlete signings were impressive and their PEs memorable to those that love both basketball and the Air Jordan lineage.

Polarizing even 15 years later, it was today that the Air Jordan 19 Low White/Cement first released.