15 years ago today, the world received a Chicago-themed Air Jordan that Mike would never lace as a Bull.

Made with Mike’s approval but released after his final departure from the NBA game, the shoe shelved Wizards renditions in favor of a more classic yet more modern approach.

First launched and first seen in White/Grey, the starting off point for the 19 would be on the feet of MJ himself as a leaked image revealed the actual Air Jordan wearing his forthcoming shoe at his popular Flight School camp.

While Carmelo Anthony would be the face and feet of the White/Grey Air Jordan 19 as a rookie down in Denver, the Black/Red pair would be adored by fans still enamored by Mike’s moments in Chicago but less seen on the modern-day movers and shakers of the game.

Both Jordan Brand athletes and college hoopers on the rise would lean towards regional exclusive colorways and SE variations. However, newly appointed JB point guard and former Mike rival, Gary Payton, would lace up the shoes in a commercial narrated by fellow foe turned friend, John Thompson.

Despite lack of NBA wear in ’04, the Black/Red pair would be the first Air Jordan 19 to come back.

Releasing alongside the beloved Black/Red Air Jordan 4s as part of 2008’s Countdown Pack run, the shoe would return once but hasn’t been seen at retail since. 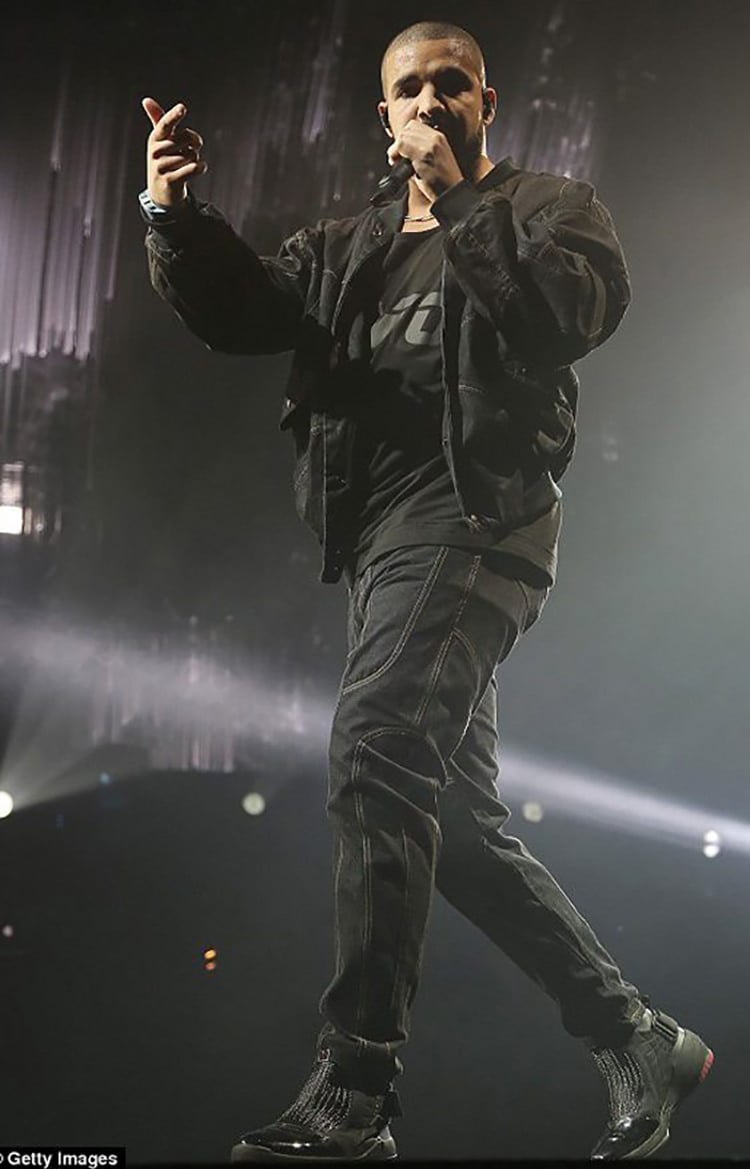 On stage endorsement by Drake in recent years would leave some to believe Aubrey and the OVO family were warming up the world for a solo Black/Red Air Jordan 19 retro. However, only a White/Grey re-release tied to Carmelo has come up in the time since.

Would you like to see the Air Jordan 19 Black/Red come back? Let us know on social.