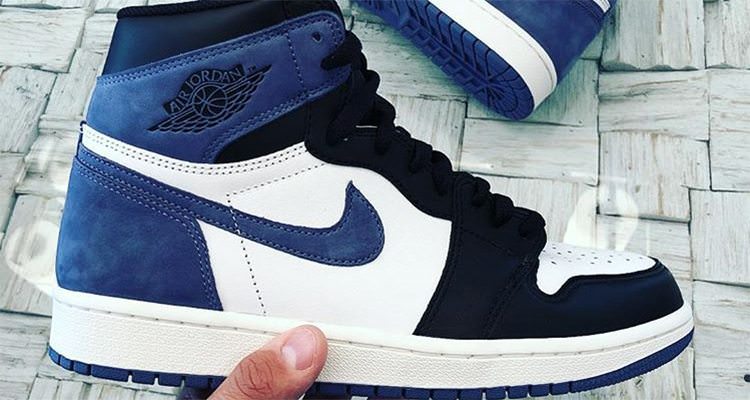 Jordan Brand is falling in love with the Air Jordan 1 “Black Toe” all over again. The 1985 original – that last released in 2016 – is about as prominent in popular sneaker culture as it’s ever been. Yet, in traditional form, it’s nowhere to be seen. Its sons, though, are everywhere — sprouting about like branches on a mammoth tree.

There was, of course, the “Bred Toe” earlier this year which played on the “Black Toe” and another classic colorway. December’s “Art Basel” Pack was a masterful triumph even in its exclusivity. Still, three others are to follow in “Yellow Orche,” “Clay Green,” and the iteration we view today in “Blue Moon.”

Somewhat masquerading as a number of Air Jordan 1s its senior, the noir toe border and matching lace collar anchor the budding style while a rich blue hue covers the heel, ankle collar and Swoosh in premium suede. Then, like the OG “Royal” and the newly released “Game Royal,” a white midsole and blue outer punctuate the striking palette.

The Air Jordan 1 “Blue Moon” is said to release on May 5 just days after the “Clay Green” release at the top of the month. Stay tuned for more details.