Today’s Nice Kicks’ Throwback Thursday takes us all the back to the ’80s, the height and prime of the ‘Trainer Wars’ decade.

The 1980s was a time and era characterized by excess, advertising, and brand awareness. When one thinks of the ’80s era, one is reminded of Scarface’s Tony Montana; Wall Street’s Gordon Gecko; and The Terminator played by Arnold Schwarzenegger. It was a time and era when more was better, greed was good, and loud, outlandish styles and colors had mass appeal, reflective of the parlance and flavor of the time.

Additionally, the ’80s was considered the age of the Training sneaker. While the vintage training conversation is often synonymous with sneaker designer Tinker Hatfield and the Nike Air Trainer, there remains yet another classic model from the iconic ’80s era that warrants discussion today in the discussion of training sneaker history, a long-forgotten fitness favorite: the adidas Powerphase.

The Powerphase has recently received a renaissance in part due to Kanye’s newest adidas collaboration which pays tribute to the original ’80s model. Designed for fitness and training, the Powerphase was a versatile training shoe that featured very basic sneaker technology including rubber outsole, thicker padding around the heel for ankle support, premium suede leather upper, subtle contrasting, and archive-inspired adidas branding. 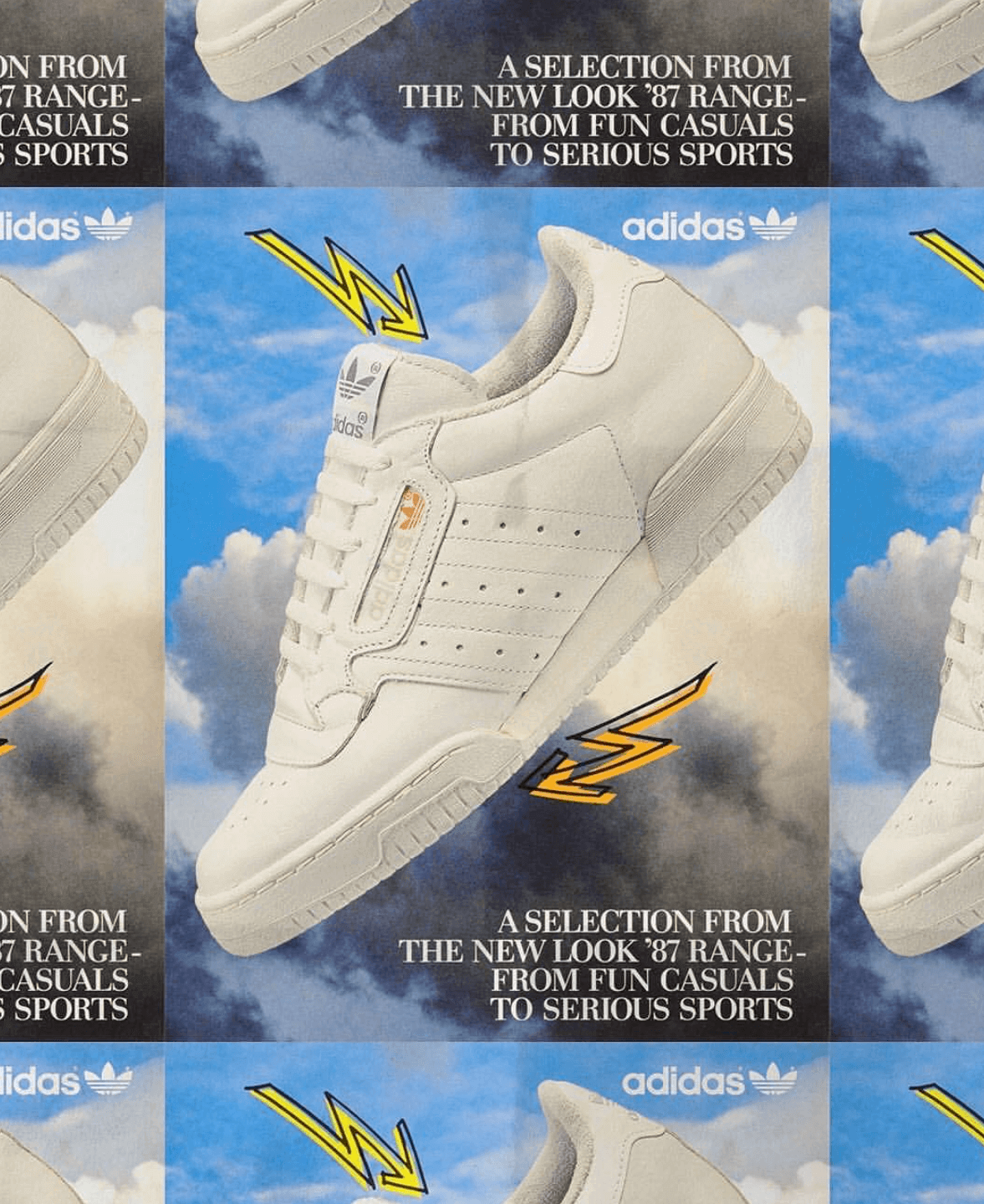 A basic silhouette, the Powerphase employed a simple design yet remained visually appealing from an aesthetic standpoint. In the late ’80s, adidas debuted the Powerphase in a high-top version in a multitude of colorways. Additionally, the second iteration featured an ethylene vinyl acetate (EVA) foam midsole for superb and ample support. Also, a patented pivot disc was strategically placed at the forefoot area for added comfort as well.

The continual development and evolution of the adidas brand is apparent, thereby increasing the brand’s visibility and presence within the marketplace. Its forward-thinking approach and awareness of its rich history not only solidify and cement the brand’s relevancy as a sports brand but also has helped adidas become a brand and label that has become ubiquitous and easily recognized.