Earlier this year, the Air Jordan 4 Black/Red released with Nike Air branding for the first time in 20 years.

While fans ate up the retro rehash in OG form, there are still many vault Jordans yet to receive the re-release treatment with Nike Air heel tagging.

Looking back at OG Air Jordans 1, 3, 4, 5 and 6 (the four models to feature Nike Air prominently on the tongue or heel), we make our wish list of colorways that should be brought back for the first time in OG form.

The Air Jordan 1 High is red hot in both old and new colorways alike.

While “Metallic Red” and “Metallic Navy” reboots didn’t rock the world like say their “Banned” brethren, it’s safe to say a lot of folks regret sleeping on said shoes when they went on sale.

It’s also safe to say that tones less tied to the Bulls or the blues — like the OG Purple, Orange or Green — would hit way harder. While we’ve seen some of these styles come back in the past, they’ve never dropped with proper Nike Air on the tongue.

Released in retro form as a low top, the Air Jordan 1 High “Neutral Grey” hails from the mid-’80s and really hasn’t been seen since.

The ultimate normcore retro, these have dad jeans written all over them.

What’s its gonna take to get these back?

Positioned as “Panda” when released with updated material for the ladies, the Air Jordan 1 High White/Black has been back before but never quite like the original.

Taking part in the 1/XX2 CDP back in ’08 before AJ1s were hot again, the pair wasn’t bad but it didn’t sport OG tagging.

Take into effect the surge in AJ1s and the lack of Nike Air branding and these would hit hard as a retro.

The Air Jordan 3 “Fire Red” was worn by Michael Jordan at the start of the ’88-’89 season before he debuted the Air Jordan 4.

When the AJ3 got the retro treatment in ’94 after Mike’s first retirement, the “Fire Red” colorway was notably absent.

Back again in the mid-2000s and early-2010s, quality was questionable on both and Nike Air was nowhere to be found. It’s time to change that.

Missing out on the ’99 run, a 30 year anniversary drop with ’89 detailing would be right on time.

Michael Jordan is famous for breaking the dress code when it comes to Kicks On Court, but he never rocked blue Nikes as a Bull.

While the Air Jordan 4 “Military Blue” might not have the court cache as its red relatives it’s still a classic among collectors.

Released twice with Jumpman tagging, a Nike Air retro would be welcome by all fans of the 4.

Almost every Bulls-themed Air Jordan 5 has come back with Nike Air branding.

Missing out on turn of the century relaunches and coming back twice with a Jumpman, the pre-PE era PE could catch fire decades later in OG form.

There was a time when the Air Jordan 5 “Grape” was the most coveted colorway of an Air Jordan retro.

Coming back in limited fashion in ’06 then coming back in big numbers, the buzz on the Hornets hued AJ5 died down but it’s still beloved by OGs.

While we got a Nike Air edition with the laceless “Fresh Prince” pair in ’18, a fully-laced, OG tagged retro would be better received.

The Air Jordan 6 “Carmine” has come back twice.

First as a part of a Countdown Pack and then as a lone retro, both drops were well received.

Both also lacked Nike Air tagging and it’s time to change that.

The Air Jordan 6 “Sport Blue” stayed in the vault for decades, finally getting the retro treatment in 2014.

The problem? No Nike Air.

The answer? Well you already know by now.

The Air Jordan 6 White/Infrared has come back twice now, but never with OG tagging.

These are due for a remaster. 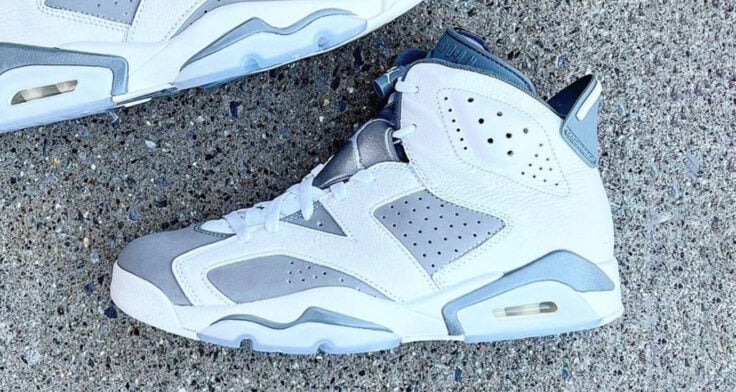 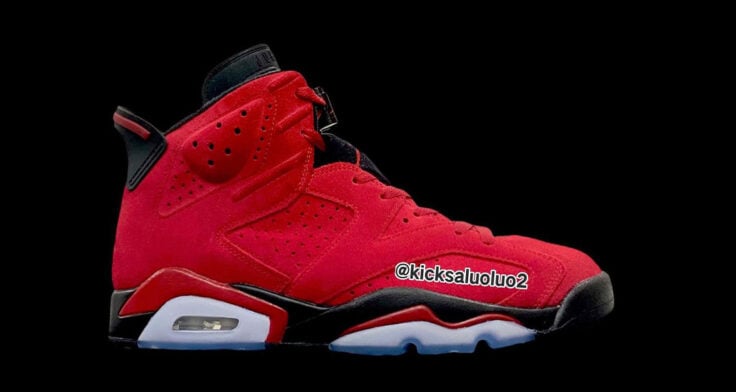