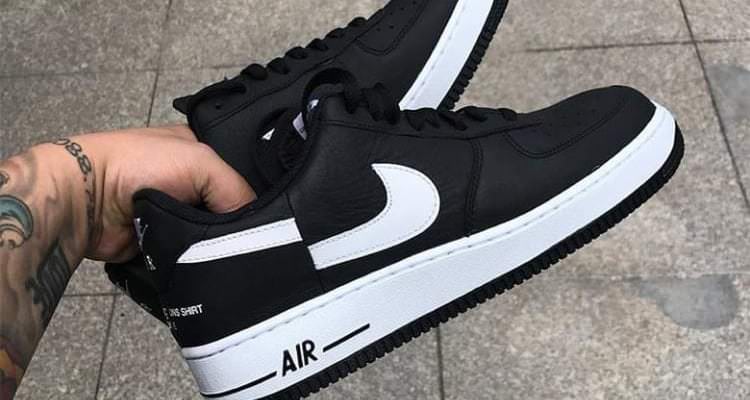 A Nike collaboration with both COMME des GARÇONS and Supreme would appear to be a far-reaching union of opposing worlds years ago. Fortunately, that dividing line between streetwear and high-fashion is no more.

With brands like Supreme helping to eradicate that once defining marker, in recent times, this trio has collaborated to great success with Nike acting as the centerpiece. Their Air Force 1 Low was the subject of great acclaim when it released back in 2017. Now a second pair is reported to land later this year.

Seemingly simplistic in black leather with white branding, the shoes distinction is seen through its disjointed Swoosh branding that breaks at the quarter paneling. CDG Shirt and Supreme branding is placed at the shoes heel just below the Nike Air scripted counter.