Although we’re still months away from the end of the year, it’s not outlandish to say that Union Los Angeles might’ve had the release of the year. Whether you hate or love the stitched tongue on the Air Jordan 4, Union stayed true to remixing a collaboration in their own way. While the AJ4s have been leading the conversations around the drop, the Union x Jordan Zoom 92 “Guava Ice” deserves the same amount of praise.

The colorway on the upper in tandem with the aged midsole and premium details created a masterpiece. While the Jordan Zoom 92 is still rolling out in GR form, it’s safe to say that Union locked up the most fire colorway that we’ll see on the silhouette (at least for the foreseeable future). If you missed out on the Union drop, more will be on the way thanks to a SNKRS release in the middle of October.

Take a look at the upcoming pair below before it arrives on SNKRS. Are you feeling these? Let us know on social. 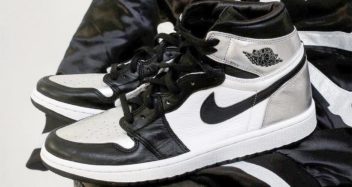