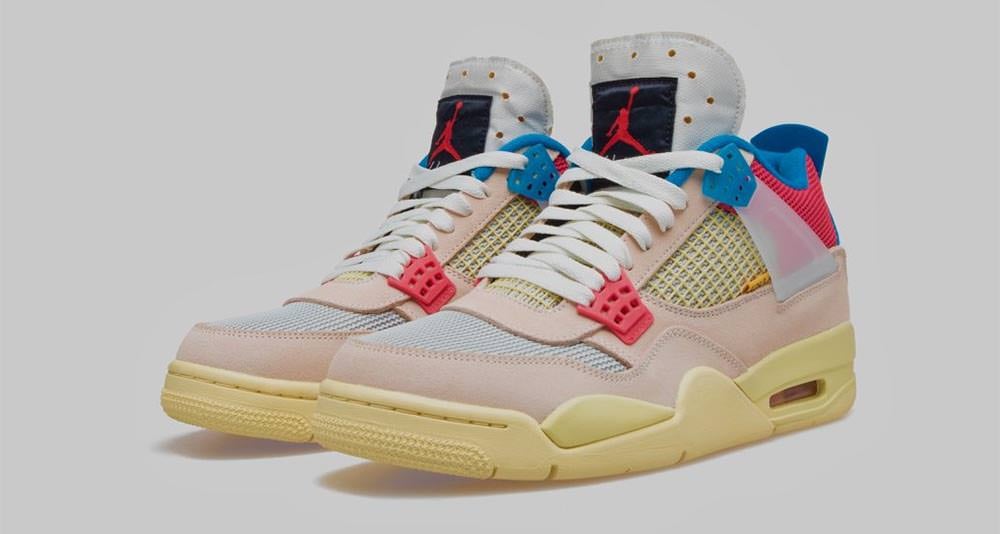 Union and Jordan Brand are teaming up once more. Following the success of the tandem of Union x Air Jordan 1s, the Los Angeles staple has its eyes set on another classic silhouette. The Union x Air Jordan 4 rumors bubbled in late 2019 with new developments coming to fruition. Similar to the AJ1, the Air Jordan 4 is releasing in two different colorways.

Images of the Union x Air Jordan 4 “Black” gave the sneaker world a better understanding of the collaboration. The shoe would feature a suede and mesh combination. The black and “Guava Ice” pair features the foldable tongue and cream midsole that raised a lot of eyebrows and opinions. Both pairs feature a combination of hues that differentiate one another depending on the particular part of the pair.

Although unconfirmed, both iterations are expected to release at the end of August.

Take a closer look at the Union x Air Jordan 4 “Guava Ice” below. Are you feeling the “Guava Ice” pair or the black pair more? Let us know on social media.