This one? Scored in Sail. 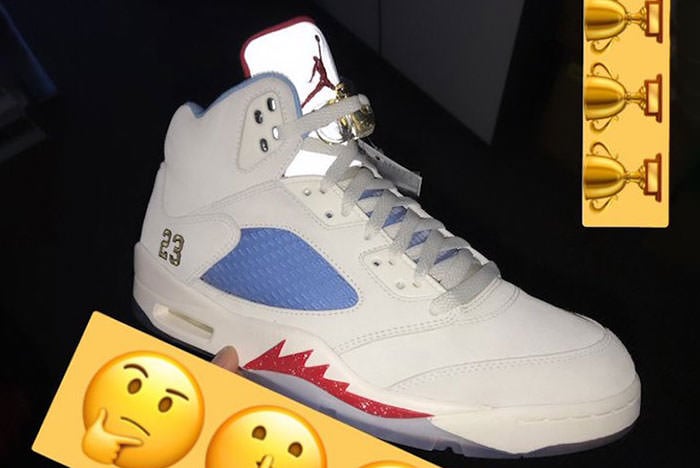 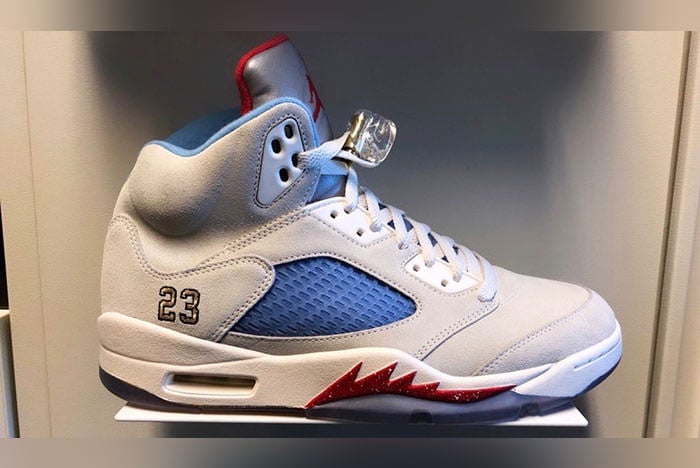 It of course is highlighted by red accents at the midsole flame and the No. 5 in lieu of a 23, a representation of Marcus Jordan, Michael Jordan’s son, who owns Trophy Room.

This blue pair was joined by a red iteration – now known to be a Friends & Family exclusive.

For those keeping track at home, the Trophy Room x Air Jordan 5 “Ice Blue” released in-store and online at Trophy Room on May 18th.

The @TrophyRoomStore x @Jumpman23 “Ice Blue” Retro 5 will be available on 5.18.19 during our FCFS Pop-Up event @Celine_Orlando? Global launch via www.TrophyRoomStore.com @ 10AM EST?????? #TROPHYROOM

Over the course of the playoffs, PJ Tucker debuted both pairs of the Trophy Room Air Jordan 5s. As alluded, one pair is powder blue while the other resembles the famed “Toro Bravo” 5s from 2009’s “Raging Bull” Pack. 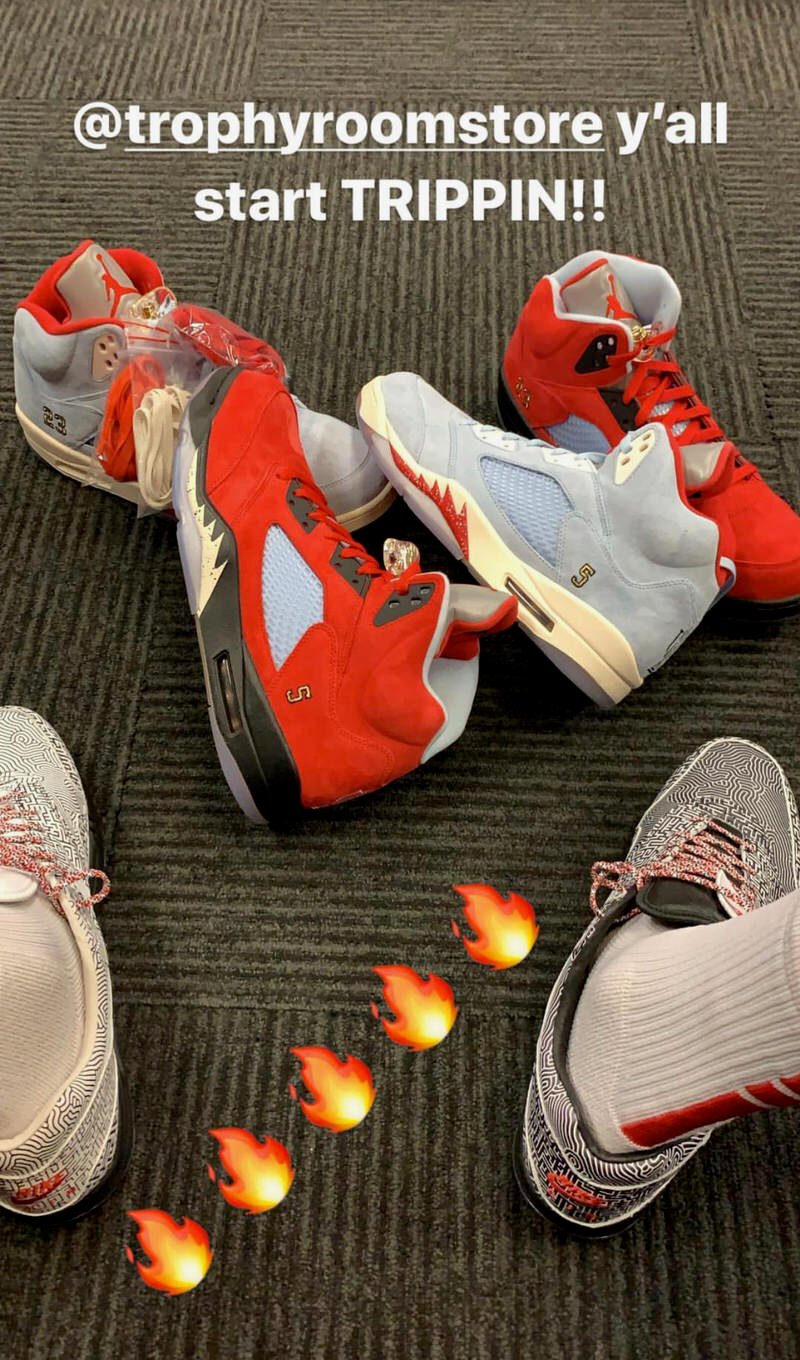 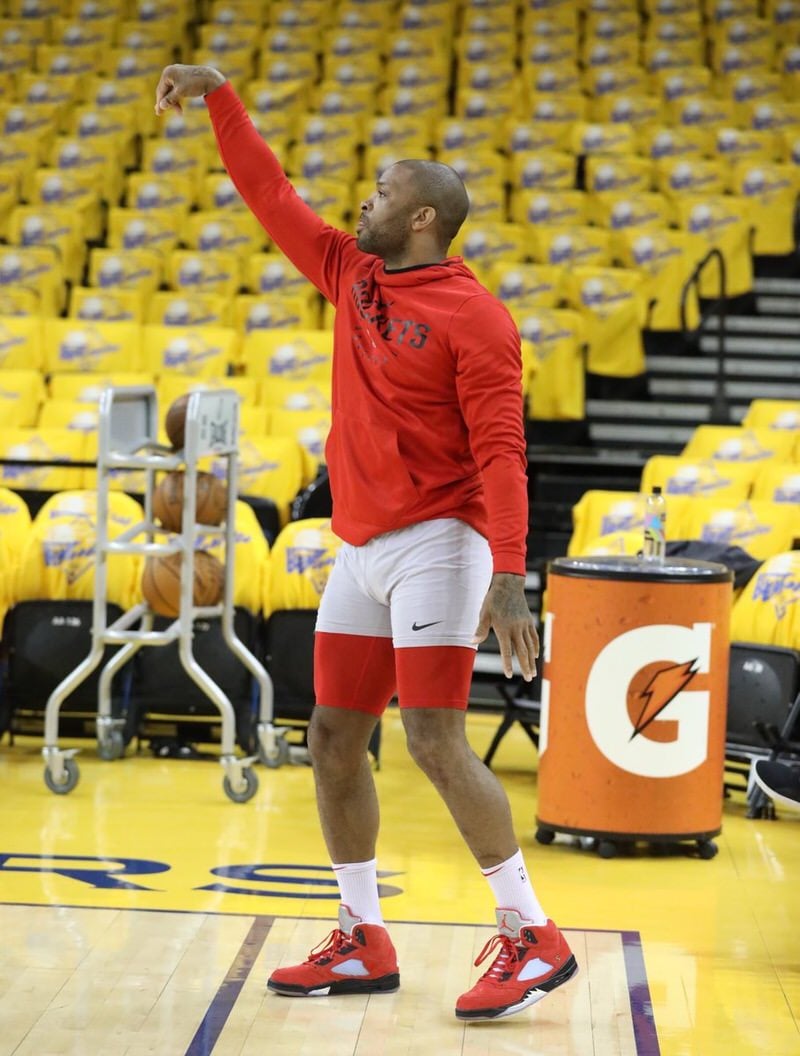 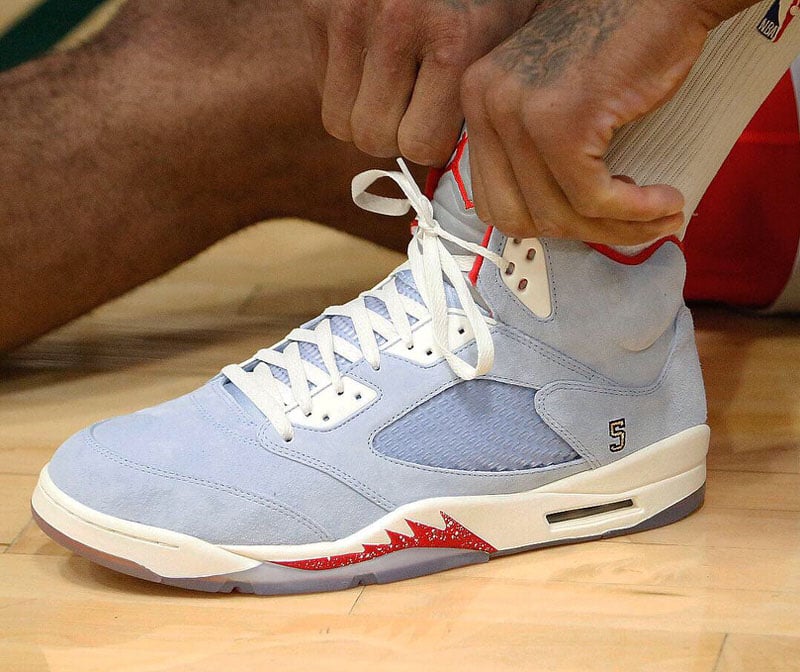 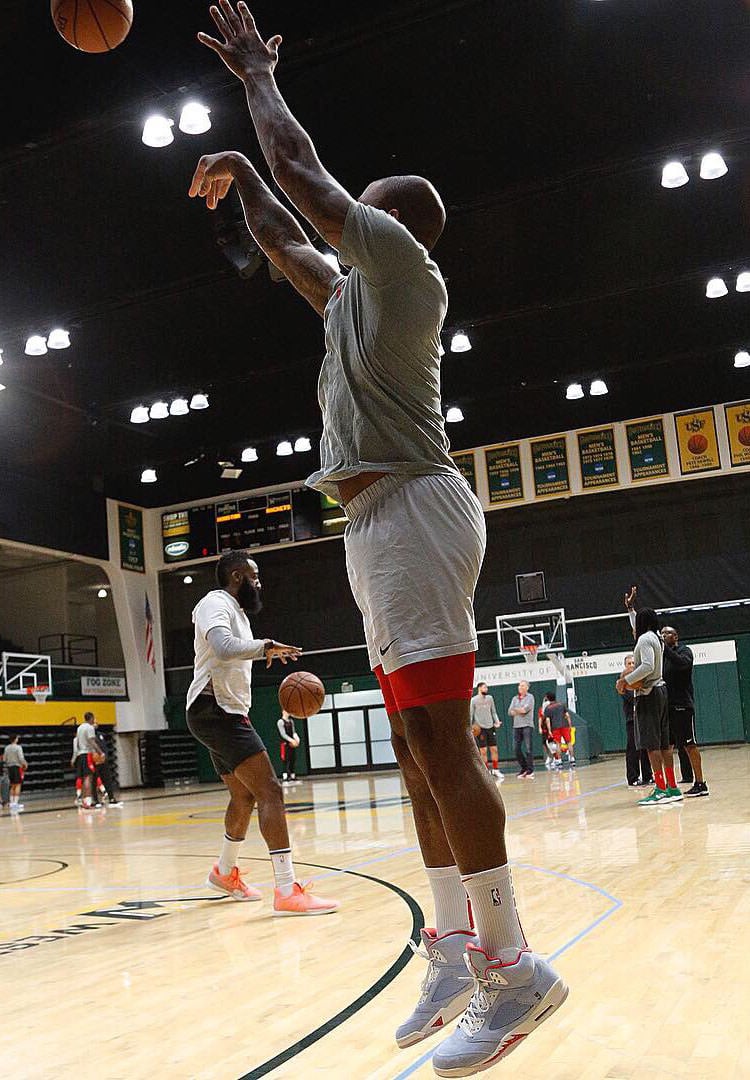 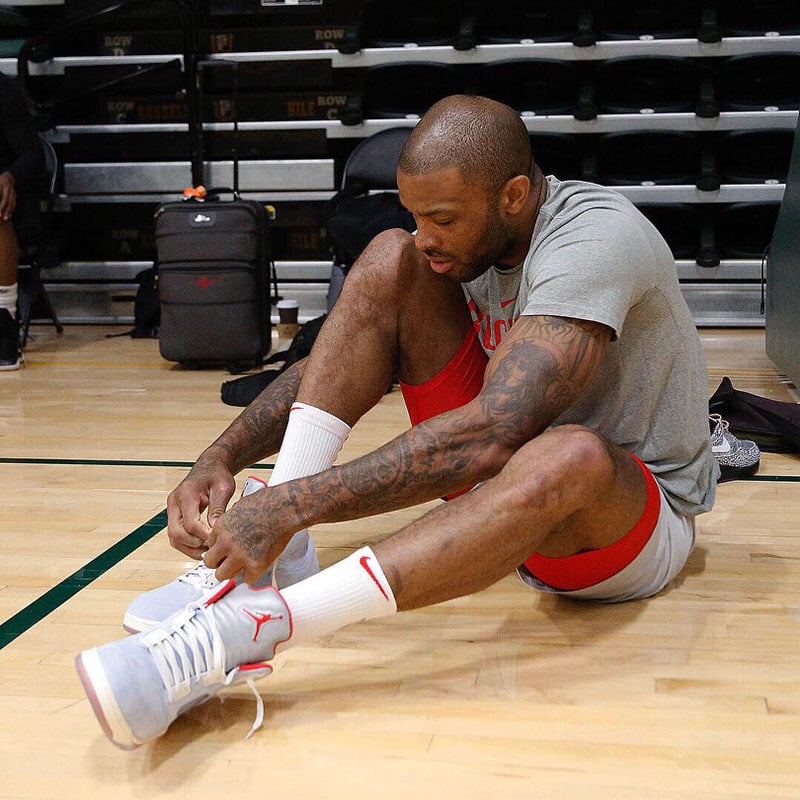 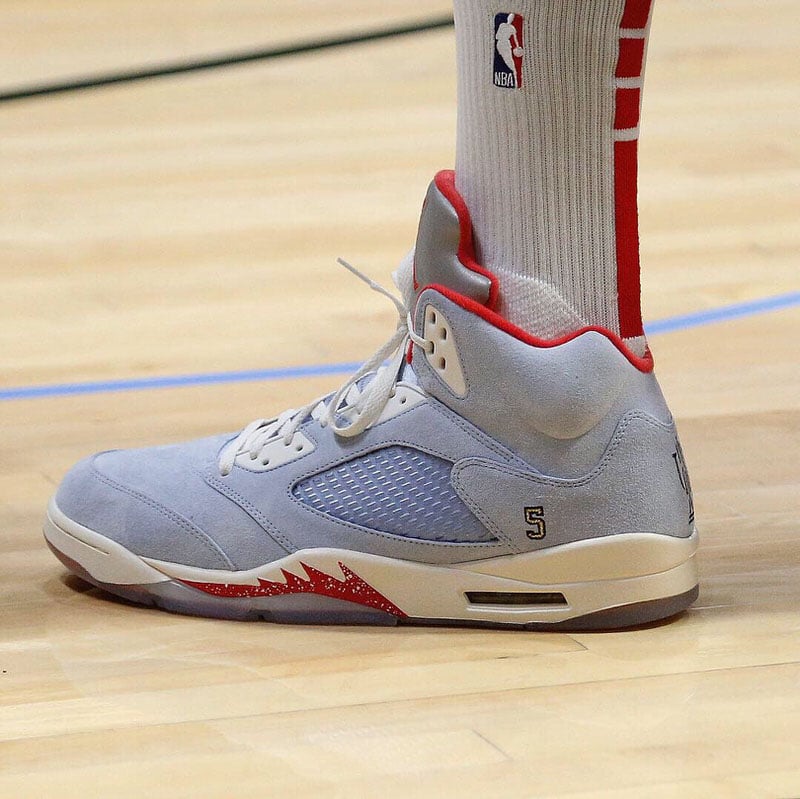 Peep a better look at the “Ice Blue” pair in the unboxing video from our main man Jacques Slade below. 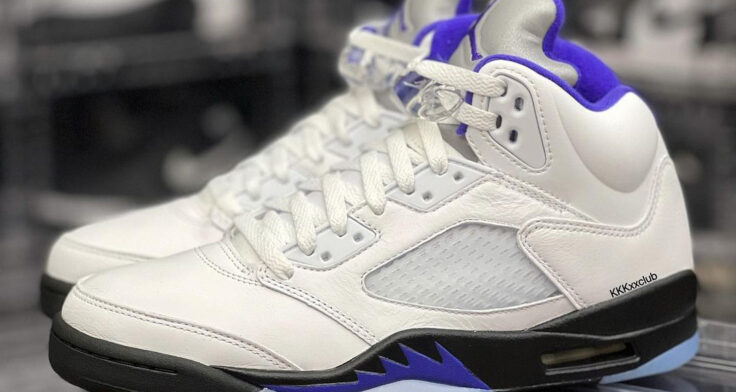 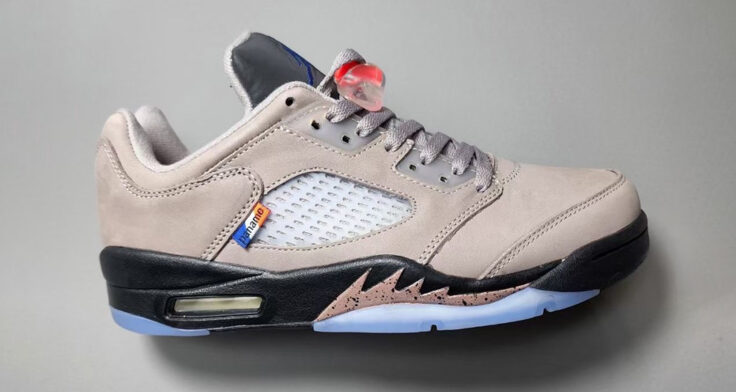 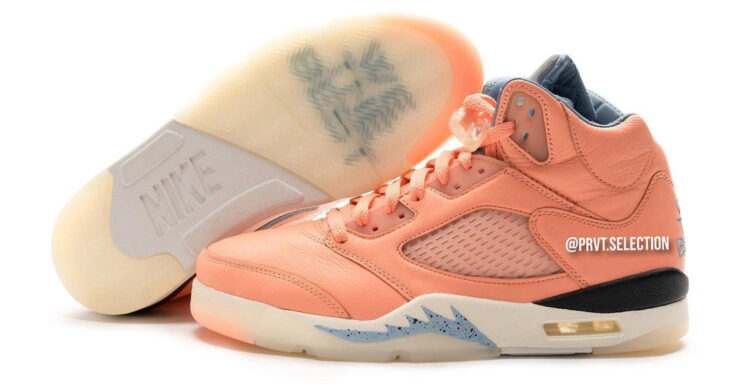 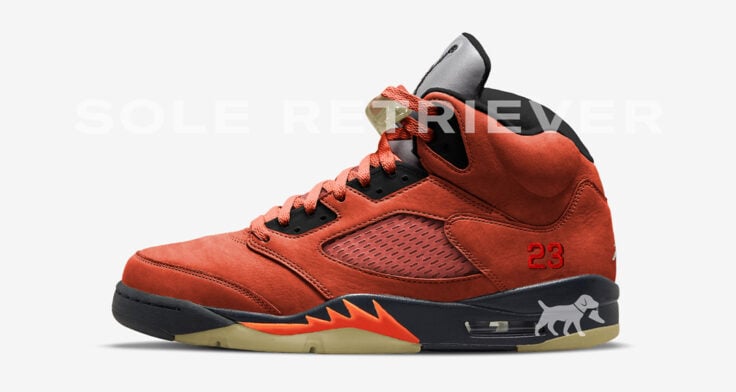