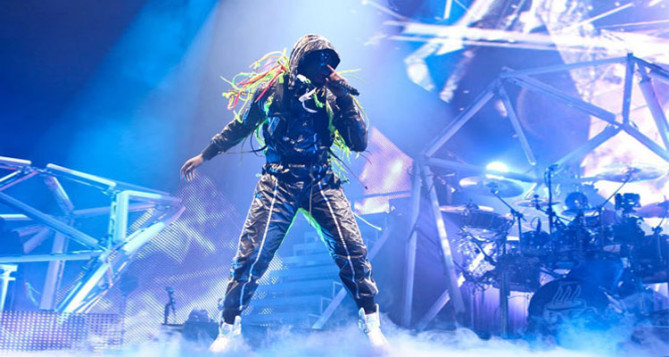 150 pairs of the Nike MAG officially became available by way of nikemag.eBay.com last night. However, before that, Nike auctioned off one pair in person at the Montalban Theatre (Hollywood) for the unveiling event. British rapper Tinie Tempah became the first Nike MAG 2011 owner with a winning bid of $37,500 for the first auction.