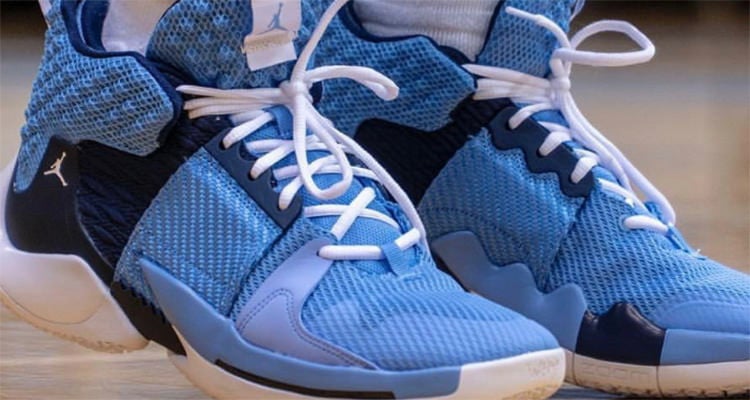 Largely the talk of performance sneaker discussions, Russell Westbrook’s budding Jordan Why Not Zer0.2 currently hails in hoops hierarchy. Responsive, full of traction and cushioning, and a stylish ode to its namesake’s singular vibe, Russ’s second signature hoops shoe was bound to expand beyond his feet or even just that of the NBA game.

Jordan Brand partners at the collegiate level are beginning to hit the court in the Why Not sequel. Among the first, of course, is Jordan’s alma mater — the University of North Carolina.

Colored in Carolina Blue with white and Midnight Navy accents, serious “Win Like 82” styling adorns this graceful hoops shoe. Likely just a PE for the Heels, we wouldn’t anticipate this shoe releasing at retail.