As one would guess, opinions differed.

Comment an emoji to describe this Supreme x Air Jordan 14 ??

Replacing the ribbed midfoot paneling with studded bedazzling, this bling’ed out revamp on the racing-inspired retro from JB had purists puking and resellers reinvesting in robots.

While both parties are justified in their feelings, perhaps the inspiration on this pair isn’t so far from what makes Supreme, well, Supreme.

Eerily similar to the Pelle Pelle collab from 2016 that pulled from the days of Dipset, the turn of the century homage on the model from the same era makes more sense than a leaked image would suggest.

Or maybe it’s more likened to Michael Jordan himself as a photo from 1994 finds MJ in a jacket cut from the same cloth. 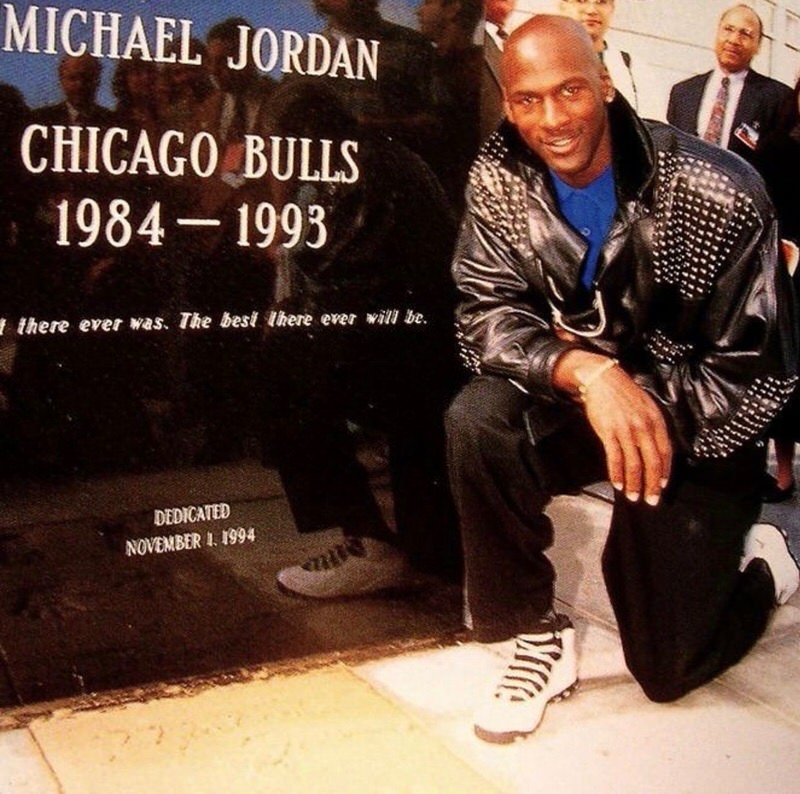 Studs aside, this pair packs the ever-imporant collabo branding on the tongue. Historically, the Air Jordan 14 has proven a capable performer on court thanks to its Carbon Fiber shank plate and Zoom Air tooling.

Upon closer look, we found the shoe features tumbled leather all over the upper. Maybe most interesting, the jewel branding on the ankle features a Supreme box logo under the famed Jumpman.

The same styling is featured on its counterpart, which packs a Black/Royal color scheme.

For those keeping track at home, Supreme and Jordan Brand last collaborated in 2015 on the Air Jordan 5. That was the first collabo between the NYC skate staple and JB.

How does the shoe look on foot? The first person to show us was Bloody Osiris.

Fly enough 2 Be in a Rich Porter Flick

The Harlem native gave us the preview above and it was safe to say these started growing on most.

While the Supreme x Air Jordan 14 Supreme came and went on June 13 via Supreme, House of Heat the shoe launched again via SNKRS.

Now in the rear-view, pairs have been shipped.

How does the White pair look on foot in detail? Our own Rob Mata recently shot these. See for yourself below. 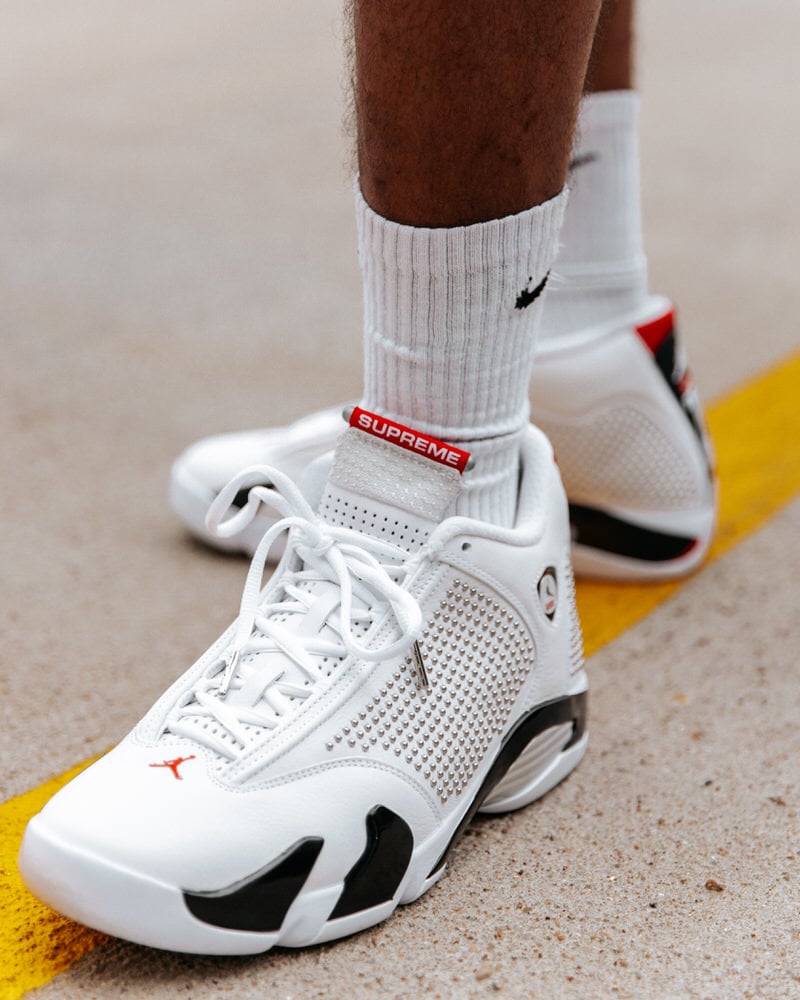 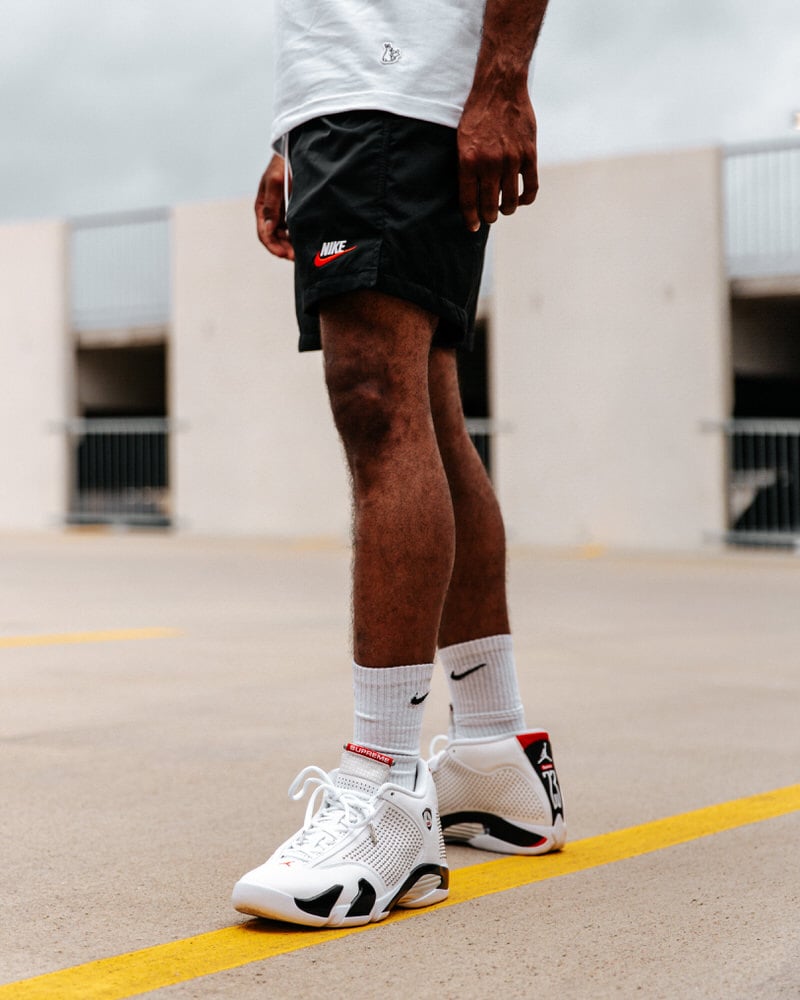 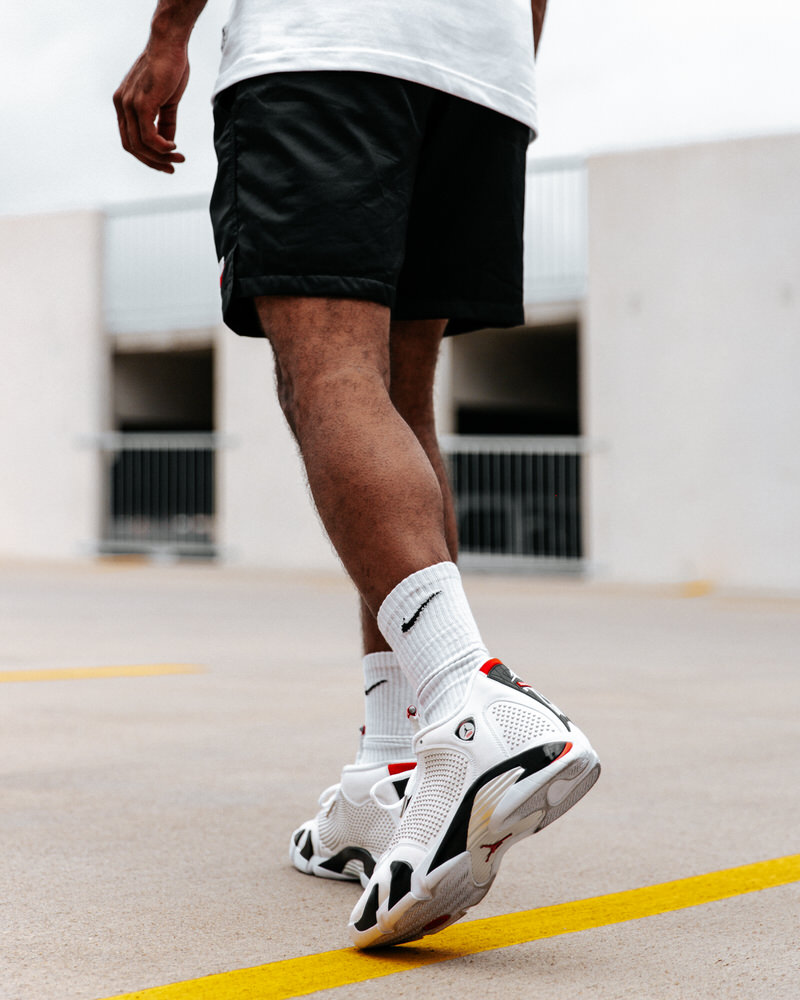 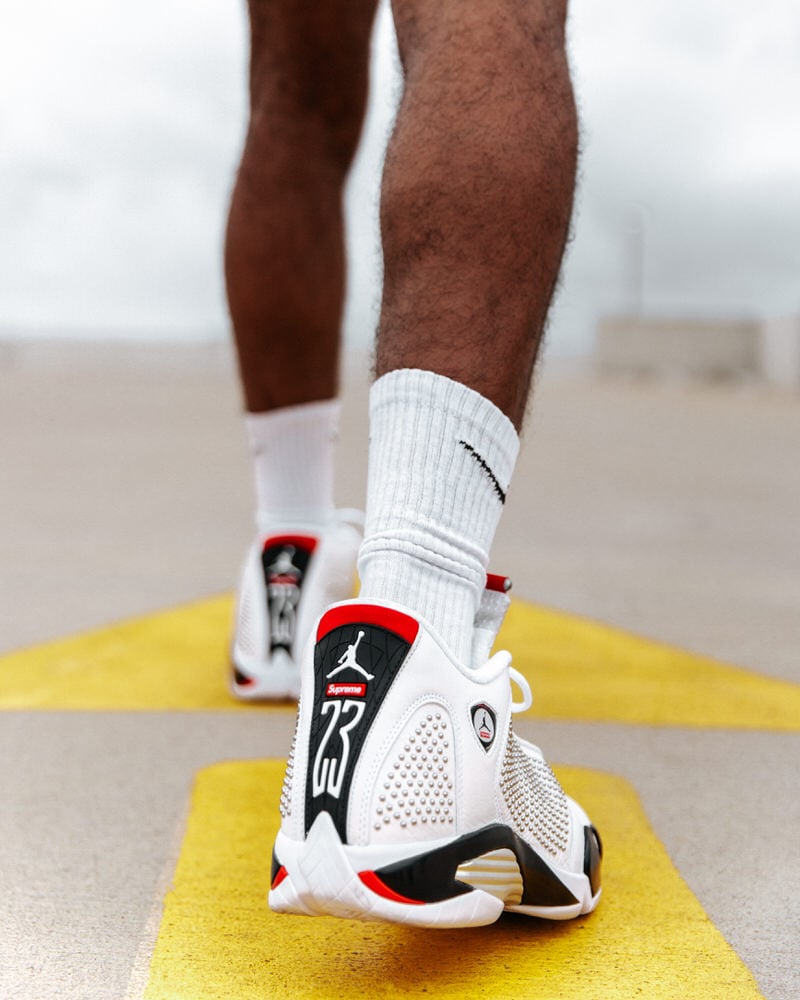 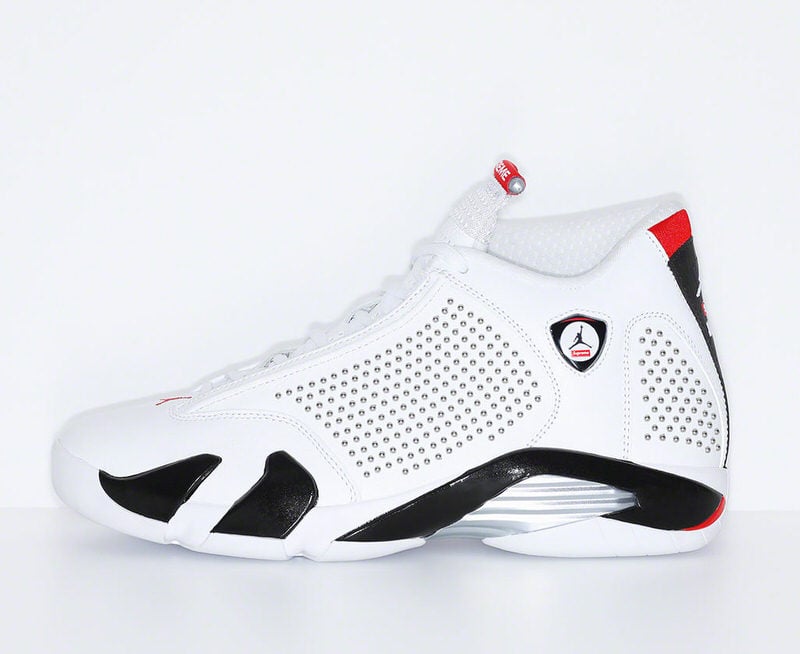 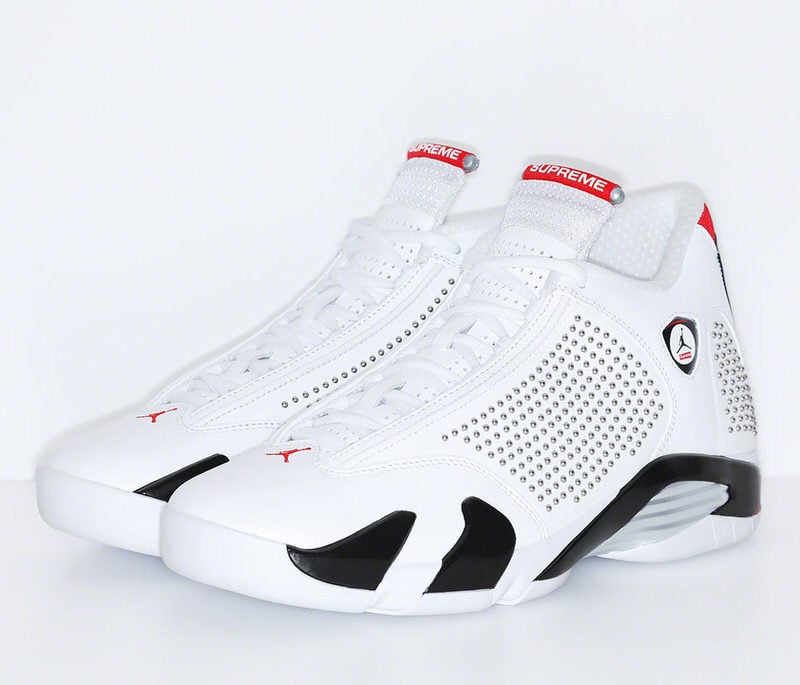 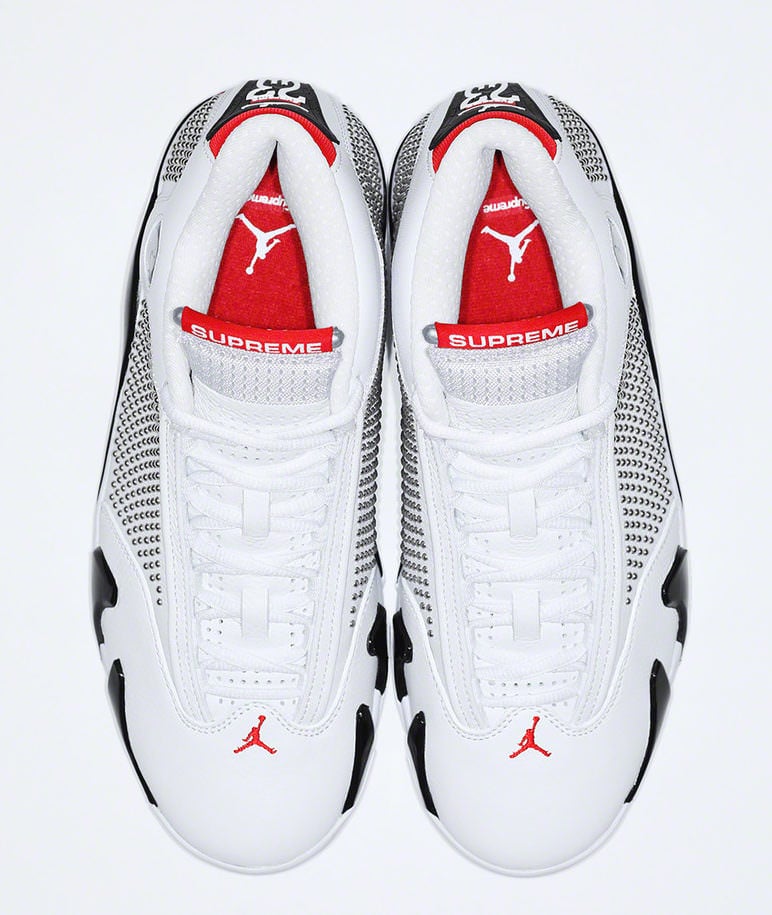 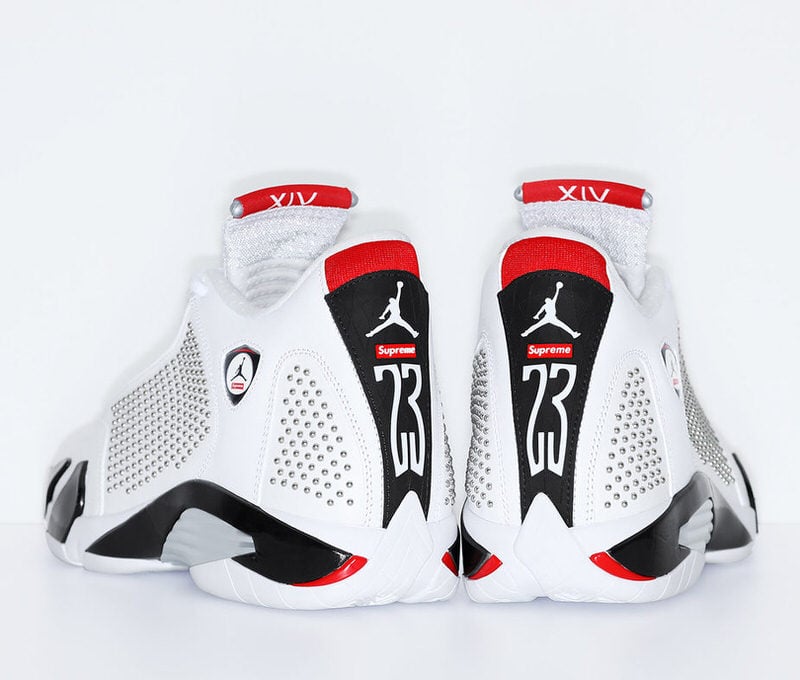 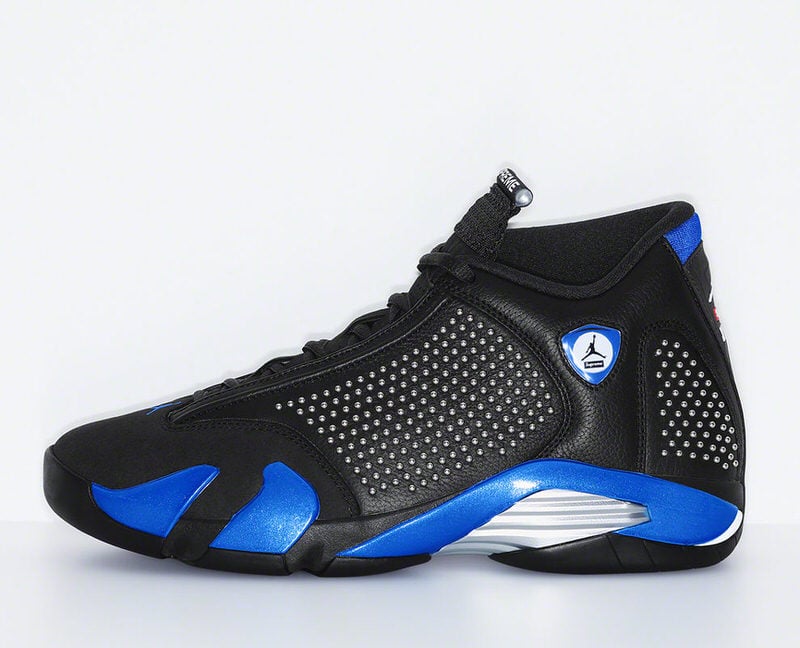 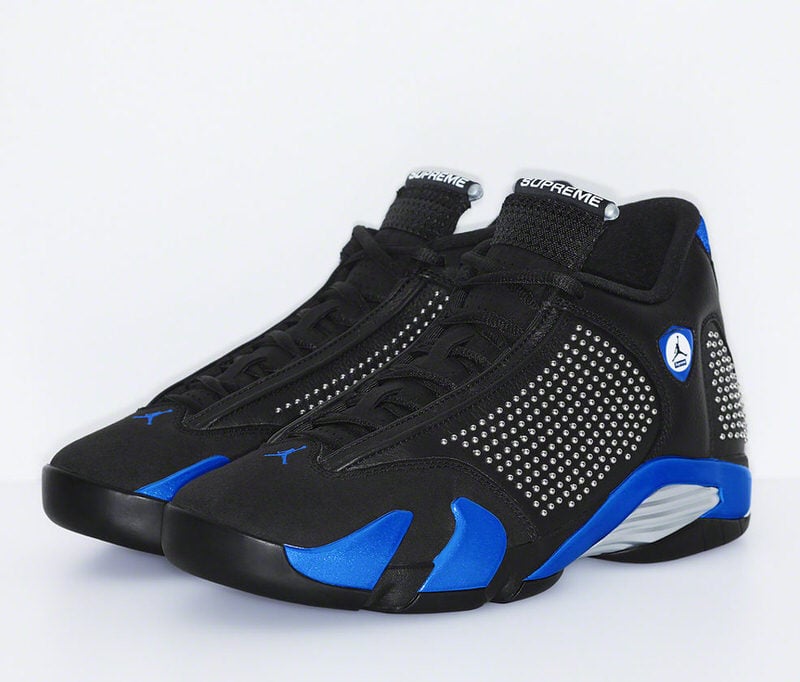 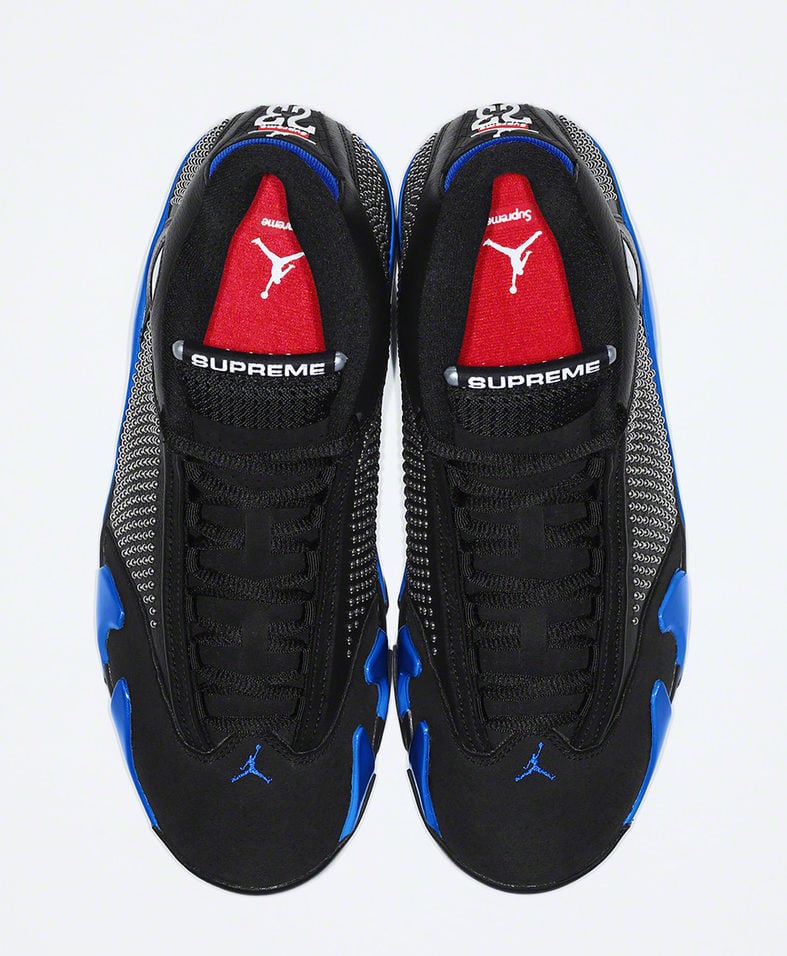 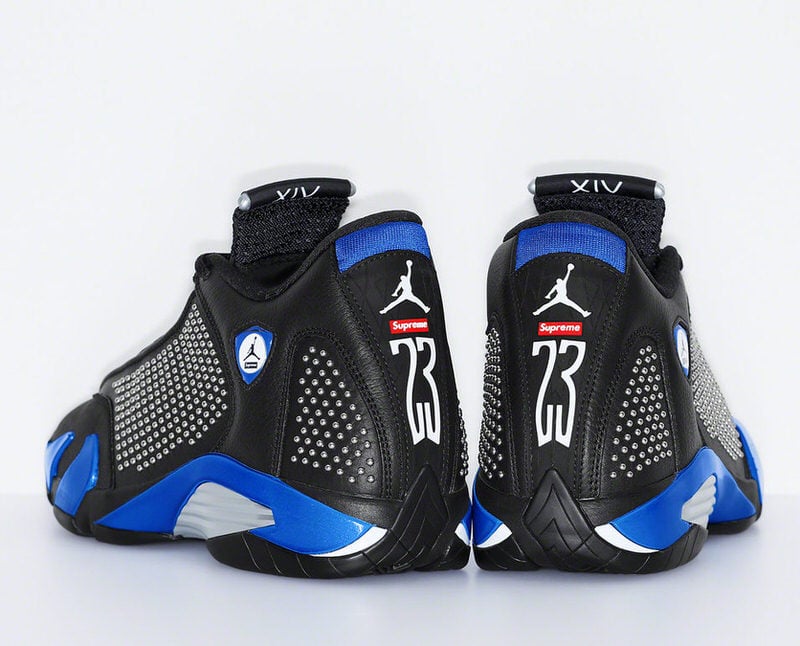 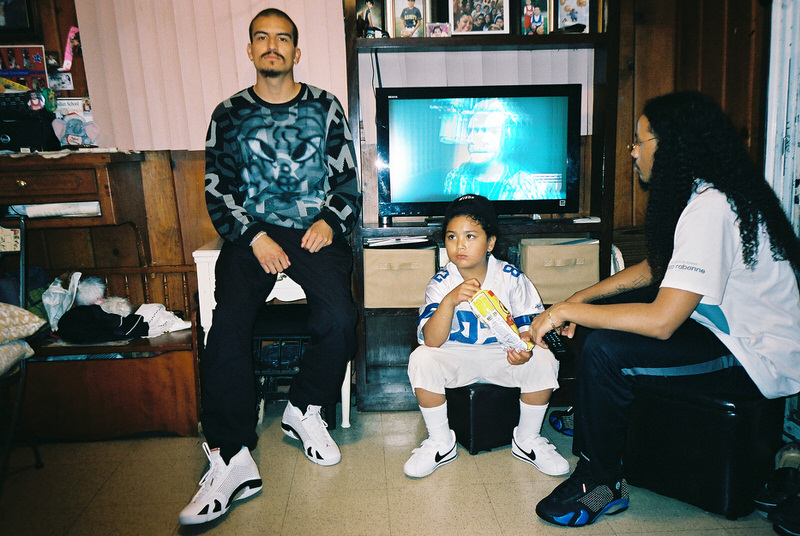 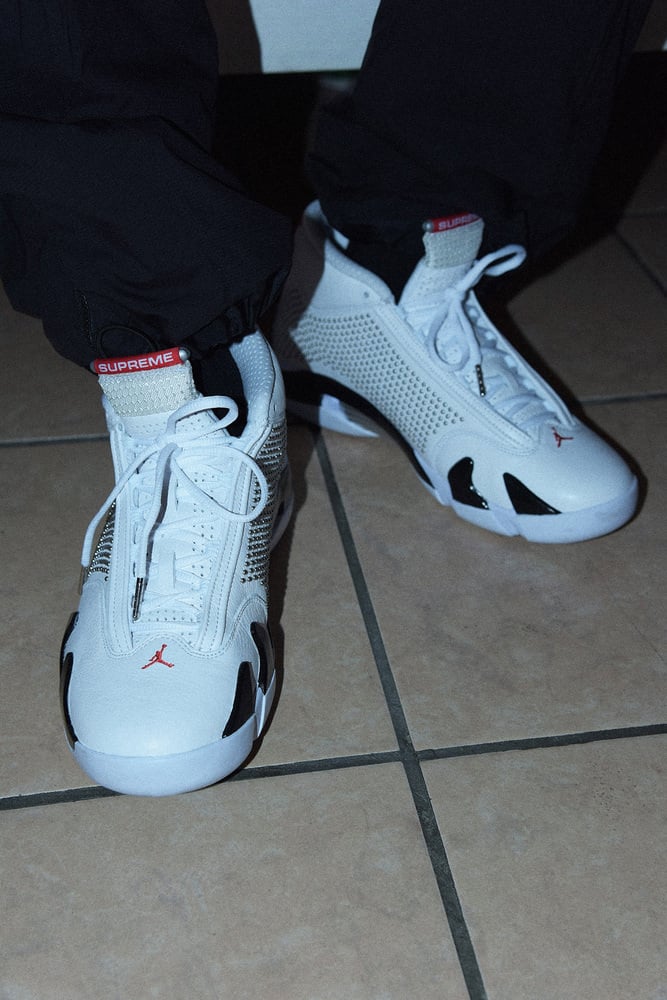 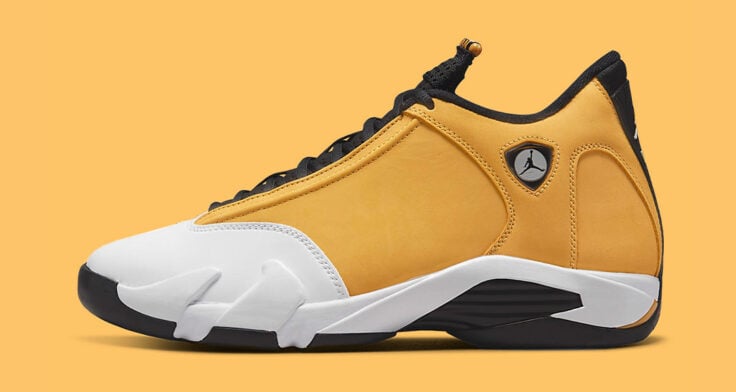 Where To Buy The Air Jordan 14 “Ginger” 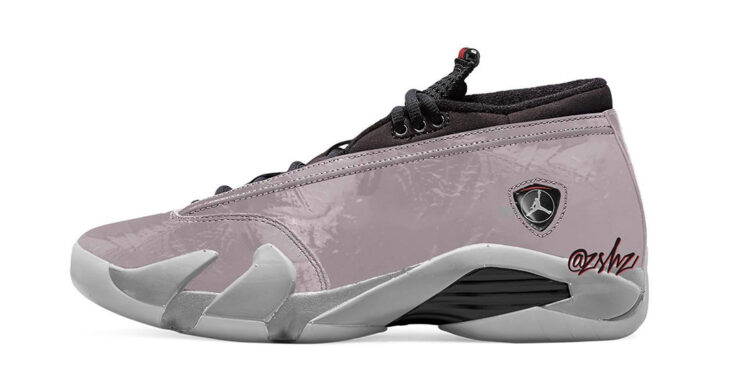 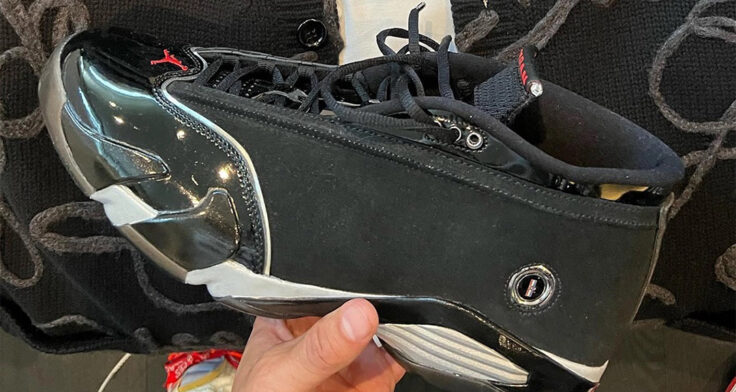